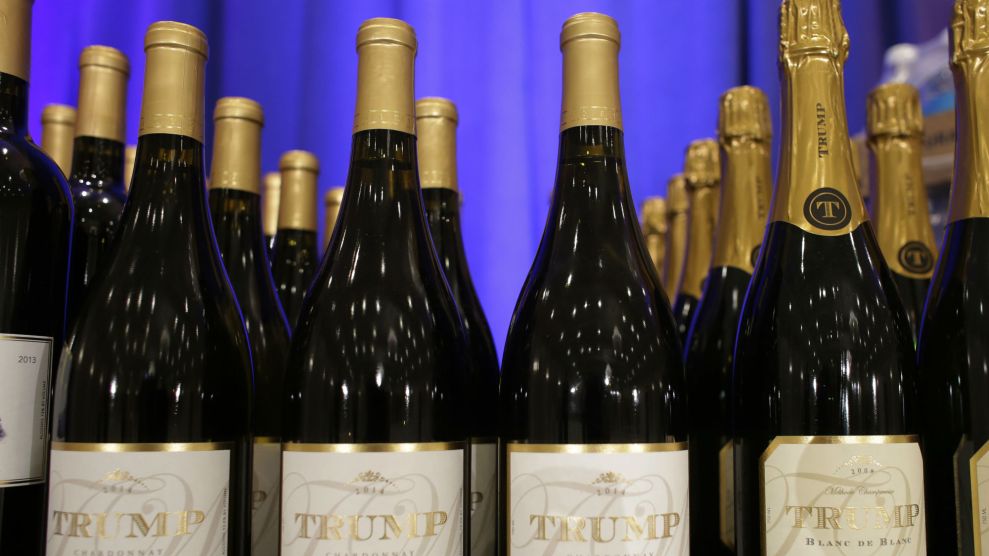 On Friday, Donald Trump threatened to retaliate against a new French law that taxes American technology companies, and though he didn’t explicitly say how he’d strike back, a tweet suggests he might target the country’s wine industry.

France just put a digital tax on our great American technology companies. If anybody taxes them, it should be their home Country, the USA. We will announce a substantial reciprocal action on Macron’s foolishness shortly. I’ve always said American wine is better than French wine!

Trump famously doesn’t drink alcohol, so his opinion might not carry that much weight, but he does have a reason to like American wine better—he produces it. In 2011, Trump purchased a Virginia vineyard out of foreclosure and reopened it as Trump Winery. Trump has made various claims about the business, including that it is the largest winery on the East Coast, which is not true. According to Politifact, it is the third-largest winery in Virginia, producing about 36,000 cases of wine a year.

The winery is overseen by his adult son, Eric, however, Trump continues to own the property outright himself. According to his most recent personal financial disclosure, which covers 2018, he made between $200,000 and $2 million renting the land back to Eric, and about $1.1 million in revenue related to the hotel and restaurant that operates at the vineyard.

So, while wine is not a huge part of Trump’s business, it’s another example of how his own business interests are entwined with his presidency. In fact, in August of 2017, at the same press conference at which Trump notoriously declared there were “very fine people” on both sides of the neo-Nazi protests in Charlottesville, he attempted to soothe the uproar by assuring the public he’s familiar with the area—and plugging the business.

“I mean, I know a lot about Charlottesville. Charlottesville is a great place that’s been very badly hurt over the last couple of days. I own—I own actually one of the largest wineries in the United States that’s in Charlottesville,” Trump told reporters.