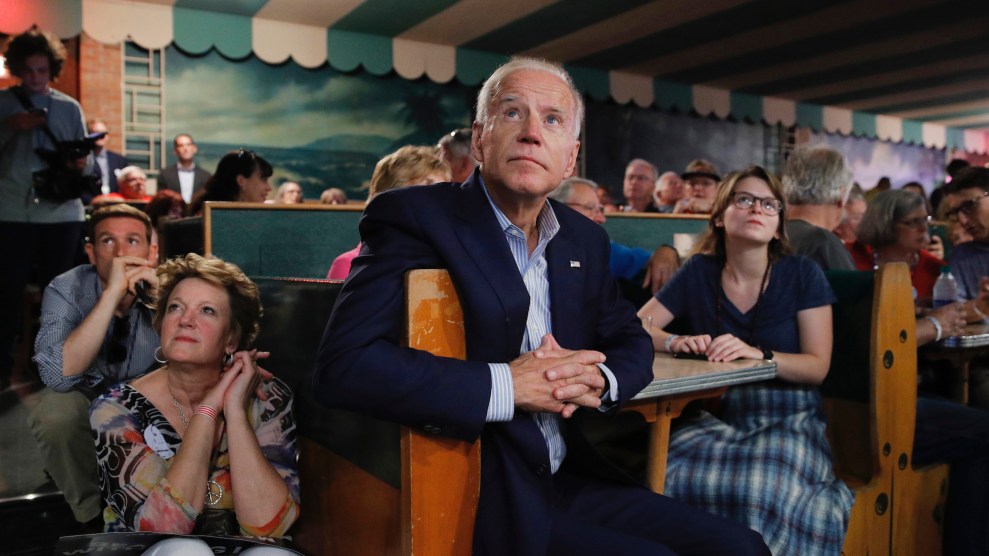 Speaking to reporters in Iowa on Saturday, Democratic frontrunner Joe Biden said that student survivors of the shooting in Parkland, Florida, “came up to see me when I was vice president.” Except they didn’t. The Parkland shooting took place in 2018, more than a year after Biden left office.

Biden did meet with Parkland students shortly after the shooting. But a campaign official later clarified to Bloomberg that the candidate was thinking of the 2012 Sandy Hook school shooting at the time he misspoke.

This wasn’t a one-off gaffe, either. He said the same thing on stage at a gun control forum, also on Saturday.

The mistakes capped off a week of slip-ups on the part of the 76-year-old politician. During an August 4 fundraiser, Biden misstated the timing and locations of the August 3 mass shooting in El Paso, Texas, and the August 4 rampage in Dayton, Ohio, referring to them as “the tragic events in Houston today and also in Michigan the day before.” Then, during a speech on Thursday, he declared, “Poor kids are just as bright and just as talented as white kids,” before catching himself and quickly adding, “wealthy kids, black kids, Asian kids.”

Two days later, after widespread criticism over the “white kids” gaffe, Biden told reporters, “Look, I misspoke.” But the same day at the Iowa State Fair, according to Politico, he went for a ride on an epistemological tilt-a-whirl, saying of Americans in general that “we choose truth over facts.” That last slip-up caused a reaction from President Donald Trump, who questioned Biden’s mental fitness:

Joe Biden just said, “We believe in facts, not truth.” Does anybody really believe he is mentally fit to be president? We are “playing” in a very big and complicated world. Joe doesn’t have a clue!

It scarcely needs to be pointed out that Trump, 73, is not exactly Pericles himself in front of a microphone. He has founded the nonexistent country of “Nambia” and dispatched the Continental Army into the airports during the Revolutionary War, just to mention a couple mistakes. And, like Biden, he even messed up the location of one of last weekend’s mass shootings, stating during a televised speech that it took place in Toledo, Ohio, rather than Dayton.

Says the man who can’t spell, can’t think, can’t read a teleprompter, often babbles incoherently, confuses the Baltics with the Balkans, and thinks that “1000/24ths” signifies a fraction of less than one. https://t.co/vgm1Og0hL6

Biden is the Democratic frontrunner for now, raising the specter of a general election showdown in which neither candidate can get from subject to predicate without spraining an ankle.