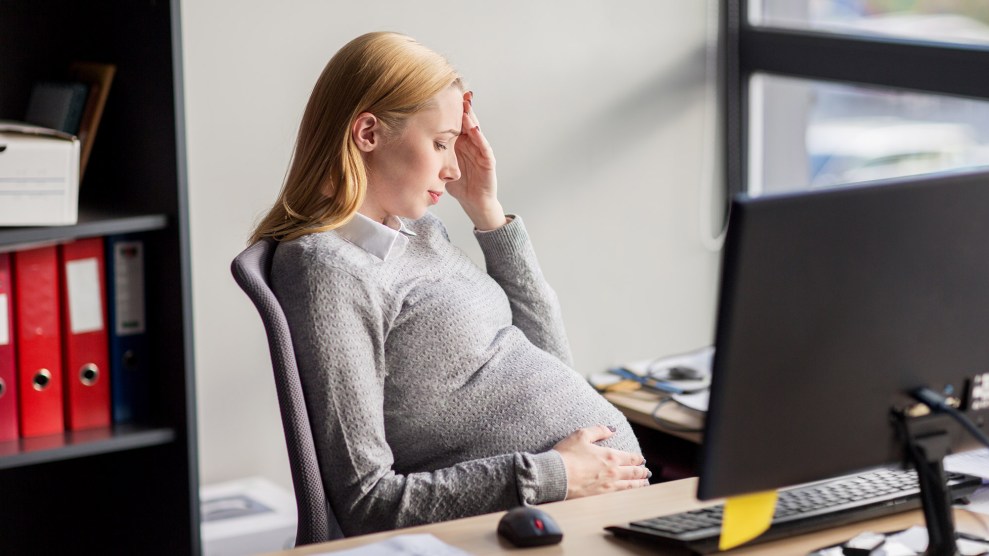 The Department of Labor proposed a new rule this week that would make it easier for employers to discriminate against workers who they say violate their religious beliefs, including members of the LGBTQ community, pregnant women who are not married, and others.

The proposed rule, published Thursday in the Federal Register, purports to “clarify the scope and application of the religious exemption” in the Equal Opportunity Clause, making it easier for employers who contract with the federal government to claim religious exemptions in their hiring and firing decisions.

The ACLU says that the rule would persecute marginalized workers under the guise of religious freedom.

BREAKING: The Department of Labor just proposed a rule that aims to let government contractors fire workers who are LGBTQ, or who are pregnant and unmarried, based on the employers’ religious views.

This is taxpayer-funded discrimination in the name of religion. Period.

Abolfazli adds that the proposal is particularly insidious as it would allow employers to use their religious beliefs to engage in hiring practices that would otherwise be banned as sex-based discrimination. This could be used to target pregnant women who are not married, as employers could claim sex out of wedlock violates their religion. The ACLU tells Mother Jones that there were four court cases pending as of March 2019 in which churches and Christian schools terminated workers who were pregnant and unmarried.

The new rule would also expand what counts as a “religious organization,” according to Ashley Westby, program manager at the National Employment Lawyers Association. “It means that religious organizations aren’t necessarily just an organization that is a church or a Christian college or a mosque or things of that nature, but any kind of an organization that says on its face that they are doing what they are doing because of their religion,” Westby says. Essentially, any company that claims to espouse religious beliefs, even if they aren’t core to its business, would be covered by the new rule.

The rule could have a wide-reaching impact, since, as the Atlantic points out, “[a]t least some portion of federal contracts are awarded to religious groups—roughly 2,000 across the federal government each year, according to recent congressional testimony.”
A press release from the Department of Labor says that “the proposal also reaffirms employers’ obligations not to discriminate on the basis of race, sex, or other protected bases and does not exempt or excuse a contractor from complying with any other requirements.” Still, the rule would create a vast gray area; cases of sex-based discrimination, such as a Catholic school firing an unwed pregnant teacher, for instance, could pass for religious freedom.

The rule will remain in a comment period until Sept. 16 before it is finalized.