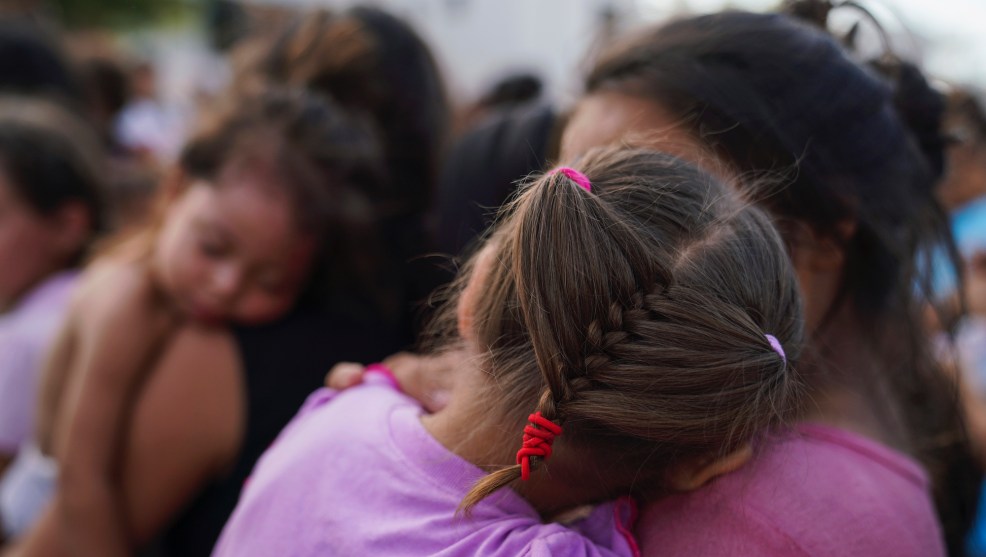 Migrants wait in line to get a meal on August 30 in an encampment near the Gateway International Bridge in Matamoros, Mexico. Veronica G. Cardenas/AP

Blocked, partially unblocked, and now blocked again: The Trump administration’s effort to end asylum at the southern border has once again been struck down by a federal judge, the latest twist in an ongoing legal battle.

On Monday, California district court judge Jon Tigar reinstated a nationwide order blocking President Donald Trump’s effective ban on asylum at the border. The ban, enacted by the administration in July, made people who travel through a third country on their way to the United States ineligible for asylum, forcing them to apply instead in Mexico or elsewhere on their route. The US government makes it impossible for many asylum seekers to get visas to fly directly to the United States, and the ban would virtually end asylum for people whose only option is to travel overland through Mexico and other Latin American countries.

One week after the ban went into effect, Tigar blocked it with a nationwide injunction after finding that the Trump administration was effectively “shortcutting the law,” since federal law gives people the right to seek asylum in the United States regardless of whether they’ve set foot in another country. In August, the progressive Ninth Circuit Court of Appeals upheld Tigar’s injunction, but only in the states represented by the Ninth Circuit. As a result, border crossers were eligible for asylum in California and Arizona, but ineligible in Texas and New Mexico.

The Ninth Circuit signaled in its August decision that Tigar could reinstate a nationwide ban if there was additional evidence for why it was necessary. The American Civil Liberties Union made the case for a new nationwide ban before Tigar in court on Thursday.

The Trump administration issued a similar asylum ban in November 2018. Tigar quickly blocked it, deciding that the policy “irreconcilably conflicts” with immigration law. Tigar’s 2018 decision was ultimately upheld by the Supreme Court in a 5-4 vote. Trump responded with a more sweeping asylum ban in July, setting off another court battle.

The government asked the Supreme Court last month to rule quickly on whether the new asylum ban can go into effect across the country. The request is still pending.