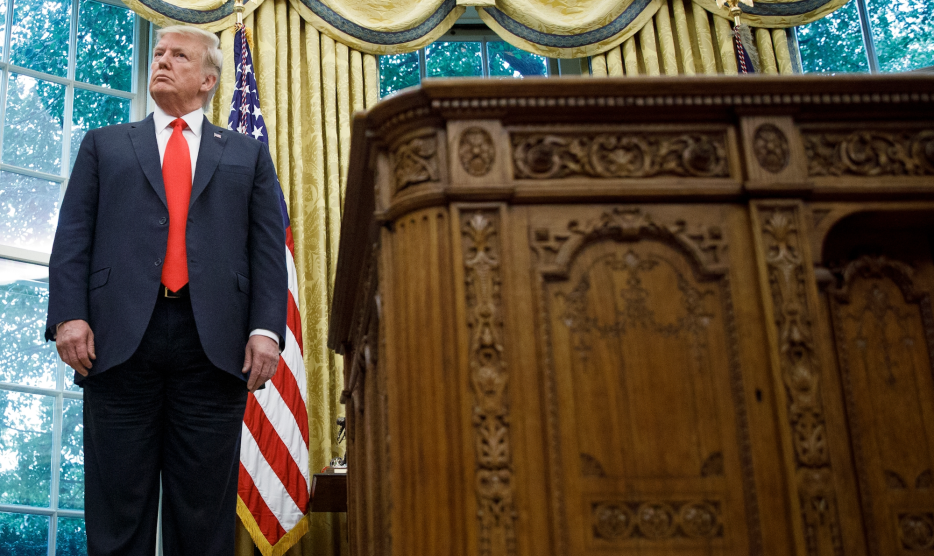 President Donald Trump on Saturday claimed that he had canceled a secret meeting with Taliban and Afghan leaders that had been scheduled for the next day at Camp David, blaming last week’s Taliban car bombing that killed 12 people, including a US service member, for the abrupt move.

Citing the attack, Trump also said that he was “calling off” peace negotiations altogether. The talks, aimed at ending America’s longest war, had been going on for nearly a year. Trump vowed on the campaign trail to stop “endless wars” in Afghanistan and Syria.

The bombshell revelation—made in three tweets—that the meeting had even been planned was met with both alarm and disbelief. “You brought the Taliban to the United States the week of September 11?” Rep. Eric Swalwell (D-Calif.) tweeted, one of many to point to the troubling timing of the now-canceled meeting.

Unbeknownst to almost everyone, the major Taliban leaders and, separately, the President of Afghanistan, were going to secretly meet with me at Camp David on Sunday. They were coming to the United States tonight. Unfortunately, in order to build false leverage, they admitted to..

….only made it worse! If they cannot agree to a ceasefire during these very important peace talks, and would even kill 12 innocent people, then they probably don’t have the power to negotiate a meaningful agreement anyway. How many more decades are they willing to fight?

Trump’s stated justification for canceling the clandestine meeting was also questioned. According to officials who spoke to the New York Times, the meeting had been scrapped after it had become increasingly clear that the Taliban was unwilling to bend to US commitments of the deal.

Julián Castro on President Trump saying he called off Afghan peace talks with the Taliban: “It's another bizarre episode. It's more of his erratic behavior that people are tired of and that's one of the reasons I believe that he's going to lose in 2020” #CNNSOTU pic.twitter.com/ZC4e0oNOUT

“Why bring people like that to Camp David?” CNN’s Jake Tapper asked Secretary of State Mike Pompeo on Sunday. He continued, “I can’t help but think that if a Democratic president had talked about having the Taliban come to Camp David to negotiate a peace process that was not already a done deal, that you as a congressman, as a soldier, as a veteran, as a West Point graduate, that you would be rather upset.”

“Jake, you’re just wrong about that,” Pompeo responded. “I’ve been fully supportive of this effort…I think the timing is just right. We’ve made enormous progress.”

Despite Pompeo’s confidence, few appeared convinced Sunday morning. “I question the whole idea of holding the meeting on the anniversary of 9/11,” Chris Wallace said during a segment with Karl Rove, as the two discussed Trump’s decision. “All respect to Karl, he talked about this deal was going to bring peace, but it wasn’t going to bring peace.”