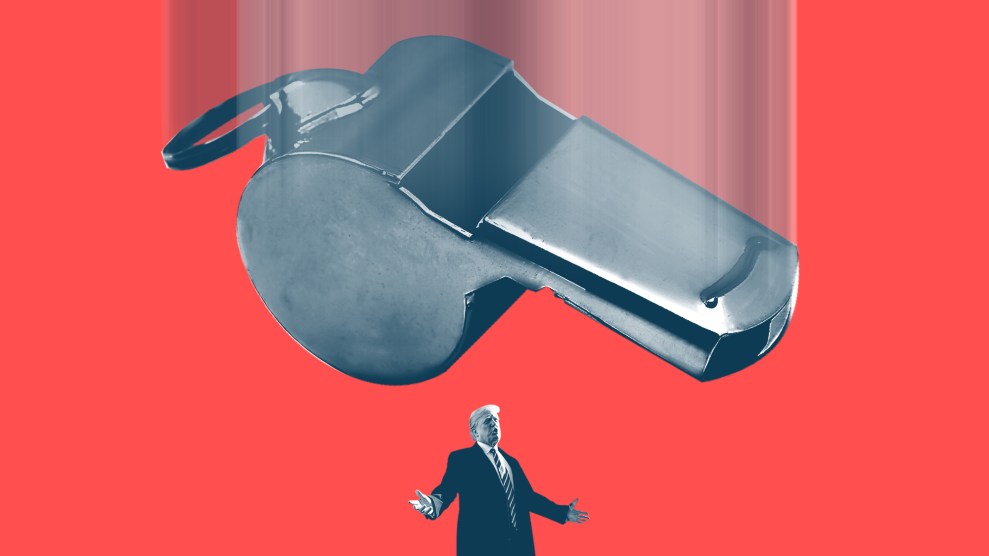 Nancy Pelosi on Tuesday announced a formal impeachment inquiry into President Donald Trump. What will today bring? Here are the latest developments in the impeachapalooza.

7:10 p.m. ET: A new report indicates that discussing Biden was a precondition for the call. An advisor to Ukrainian President Volodymyr Zelensky told ABC News that it “was clear that [President Donald] Trump will only have communications if they will discuss the Biden case.”

JUST IN: Ukrainian officials understood discussion of Biden probe was a condition for any phone call between Pres. Trump and Ukrainian Pres. Zelenskiy, an adviser to Zelenskiy tells @ABC News. https://t.co/WTZIt0daH0

6:20 p.m. ET: NBC News is reporting that 218 of the 435 House members support some type of action regarding impeachment; 218 House votes are needed to impeach President Trump.

LATEST: 217 of 435 House members (216 Democrats and 1 independent) now support some type of action on impeachment.

218 House votes are needed to impeach the president.

5:27 p.m. ET: The House Intelligence Committee has reviewed the whistleblower’s complaint, and its members say it’s as bad as everyone is making it out to be.

Rep. Swalwell said what he reviewed was Both a Credible and urgent concern

Now for the icing on the cake:

BREAKING per @ABC: Sources from inside the Ukrainian government have spoken out to say that indeed President Zelensky DID feel pressure from Trump to investigate Biden after the phone call. He feared losing US support.

5:08 p.m. ET: “House Speaker Nancy Pelosi urged fellow Democratic leaders in a private meeting Wednesday to keep the impeachment investigation narrowly focused on President Trump and his dealings with the president of Ukraine,” the Washington Post reports, that word “narrowly” landing like the wettest of blankets.

Inside the room, Democrats said, Pelosi (Calif.) told colleagues that keeping the inquiry narrowly focused on the Ukraine allegations could help keep the investigation out of the courts, where a slew of investigative matters have been bogged down for months — though she did not rule out ultimately including other episodes in a potential impeachment package.

The meeting included multiple members of the House Judiciary Committee, which has been probing alleged obstruction of justice, self-dealing and other matters involving Trump, though not Chairman Jerrold Nadler (D-N.Y.). It ended without a firm decision on whether to circumscribe the probe but with consensus inside the room that narrowing the investigation, if only in terms of political messaging, made sense.

This was probably inevitable, given the political anxieties of the quivering moderates who were instrumental in forcing Pelosi’s hand. These are the Democrats who want the case for impeachment to be mounted on cravenly value-neutral national security grounds. In The Nation, Jeet Heer makes the strategic argument for keeping impeachment clean and simple. But the narrow approach squanders the opportunity offered by impeachment for a fuller reckoning with the president’s crookedness. Ukraine isn’t a singular Trump corruption scandal; it’s the paradigmatic scandal, illuminating the venality running beneath so many of the others—his obstruction, his emoluments, his financial fraud and self-dealing. Earlier this month, before the Ukraine revelations, Rep. Jamie Raskin (D-Md.) explained to the Post why the House Judiciary Committee was broadening its investigation into the president. Trump, he said, “has treated the office as an extended get-rich-quick scheme.” That’s the story impeachment can tell.

3:43 p.m. ET: Trump made some bizarre comments during a press conference with Ukraine’s president, Volodymyr Zelensky. He repeated the incorrect claim that Crowdstrike, the cybersecurity firm hired by the Democratic National Convention to determine whether it had been hacked in 2016, is owned by a Ukrainian. He can’t seem to drop the topic of Hillary Clinton’s emails, saying, “They had 33,000 emails about the wedding of her daughter and yoga. I don’t think so.”

Here’s a thread from our editor-in-chief:

3:06 p.m. ET: The House Intelligence Committee is expected to see the full whistleblower complaint at 4 p.m., according to Rep. Devin Nunes (R-Calif.).

2:22 p.m. ET: Still confused about what’s going on and how we go here? Listen to a special, breaking news edition of the Mother Jones podcast to hear our Washington, D.C. bureau chief, David Corn, explain the series of events that caused “a tectonic shift on the part of Nancy Pelosi and the House leadership.”

12:53 p.m. ET: If you haven’t already, please take a moment to read this Washington Post story about the freelance Ukrainian diplomacy conducted by one Rudy Giuliani, who seems to be a Margaret Dumont shy of a Marx Brothers movie.

Here's a screenshot of the White House asking House Democrats to please disregard the talking points on Trump/Ukraine they just emailed them pic.twitter.com/55HgOESWyL

Here are the talking points the White House just circulated on Capitol Hill, passed along by a source: pic.twitter.com/OOo2gxprFK

Folks, I am surprised the White House even released this transcript. It’s worse than we thought.

The President sought to use the powers of the United States government to investigate a political opponent.

We have no choice but to impeach. https://t.co/teZ8p83GXL

10:59 a.m. ET: Harking back to the language used to describe the tape that led to Richard Nixon’s resignation during the Watergate scandal in 1972, presidential candidate Sen. Elizabeth Warren (D-Mass.) calls the Trump memo a “smoking gun.”

This "transcript" itself is a smoking gun. If this is the version of events the president's team thinks is most favorable, he is in very deep jeopardy. We need to see the full whistleblower complaint and the administration needs to follow the law. Now. https://t.co/b56nLZZpRi

10:55 a.m. ET: Our colleague Matt Cohen breaks down some of the complexities of the impeachment investigation in an interview with Michael Conway, an attorney who served as counsel for the US House Judiciary Committee in the impeachment inquiry of Nixon in 1974. One question that’s been on everyone’s mind: What’s the point of impeachment if a Republican-controlled Senate seems likely to acquit Trump of any charges? Here’s Conway’s answer:

The fact that he’s not actually removed from office doesn’t mean that the public isn’t then better informed about what the charges were presented against them. Same thing with Bill Clinton. Now, Bill Clinton was not convicted, but certainly the public got a better educational message about what was alleged to have happened. So, there’s a value in educating the public even if the Senate doesn’t vote to remove him.

The president of the United States has betrayed our country.

That’s not a political statement—it’s a harsh reality, and we must act.

He is a clear and present danger to the things that keep us strong and free.