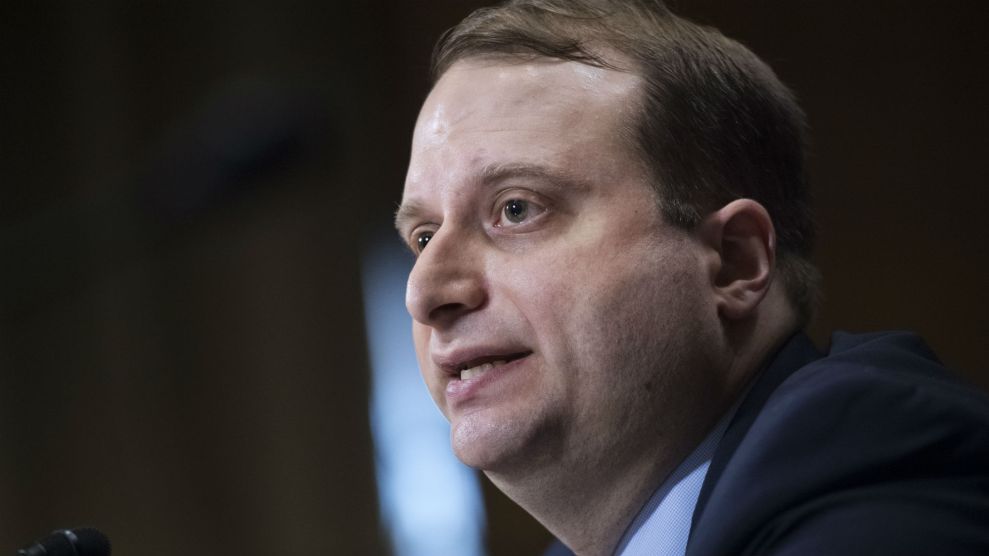 Menashi is a member of Stephen Miller’s Immigration Strategic Working Group in Trump’s White House and does NOT belong on the bench: https://t.co/5sJZb7emQO #StopMenashi pic.twitter.com/Vct4D358Rc

“Mr. Menashi has worked to erode critical rights and legal protections while serving in the White House Counsel’s office advising on the administration’s inhumane and cruel anti-immigrant measures,” they wrote.

On Thursday, the judiciary committee is expected to vote on Menashi’s controversial nomination to the United States Court of Appeals for the Second Circuit, which oversees six districts in Connecticut, New York, and Vermont. During a hearing before the committee earlier this month, Menashi refused to specify exactly what role he played in shaping those policies, stating only that he “provided legal advice” on many of the administration’s plans.

Soon, we will be voting on whether extreme @realDonaldTrump judicial nominee Steven Menashi deserves a lifetime seat on the federal bench.

The problem is… he refused to answer ANY of our questions, Republicans and Democrats alike. pic.twitter.com/VsSSRLDYyv

Menashi also refused to answer questions during his hearing about his time in the White House, angering Democrats and Republicans alike. Sen. John Kennedy (R-La.) appeared particularly frustrated during his questioning of Menashi; when Menashi asked if Kennedy had any follow-ups after repeatedly dodging the senator’s questions, Kennedy replied, “I’m out of time. You took up a lot of it by not answering my questions.”

Meanwhile, Menashi has also ignored questions from Democrats like California Sen. Dianne Feinstein about his knowledge of Trump’s July 25 phone call to Ukrainian President Volodymyr Zelensky. They gave him until October 7 to respond, but he never did.

“Steven Menashi has left questions unanswered about his work at the White House, including his involvement in the White House’s response to the whistleblower complaint,” Feinstein told HuffPost at the time. “Mr. Menashi is seeking a lifetime appointment to the court, so his record must be thoroughly examined. The committee shouldn’t vote on his nomination without all of the facts. He must stop evading our questions.”