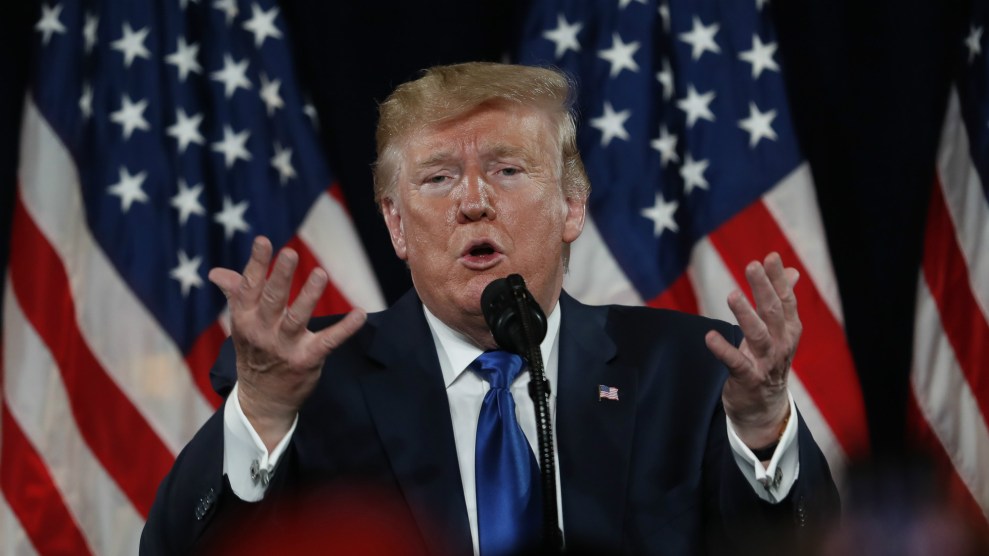 A new poll on how Americans feel about impeachment shows that most of those surveyed—of all political stripes—think impeachment is a necessary tool, and presidential abuse of power is a legitimate reason for using it. But a majority of Republicans say they think that a president trying to use the full weight of America’s international power to attack a domestic political opponent is normal.

The poll, conducted early this week by Vox/PerryUndem/Ipsos, was somewhat reassuring about the public believing there should be limits on a president in that it found that a large majority of Americans—71 percent—say some way to remove politicians who do wrong is essential. But when the pollsters started asking more specific questions about what constitutes an impeachable offense, Republican respondents started showing increasingly more tolerance for bad presidential behavior.

And while most independents and 77 percent of Democrats think an American president using his power to force foreign countries to investigate a political rival—as a growing mountain of evidence is showing Donald Trump did with Ukraine this summer—only 22 percent of Republicans thought it was a “high crime and misdemeanor,” and, yes, impeachable.

Why such a high tolerance for such norm busting that Republicans like Mitt Romney called Trump’s attempts to force other countries to dig up dirt on former vice president Joe Biden “wrong and appalling”? And Romney wasn’t too far out on a limb with that—65 percent of Americans say it’s “morally wrong” to do just thaat. But, here comes the apparent cynicism: According to the poll, a whopping 65 percent of Republicans in this country think it’s the kind of thing presidents “do all the time.” The numbers are virtually reversed for Democrats with 63 percent saying it is not something presidents do all the time; only 37 percent of Independents thought it was normal behavior for a president.