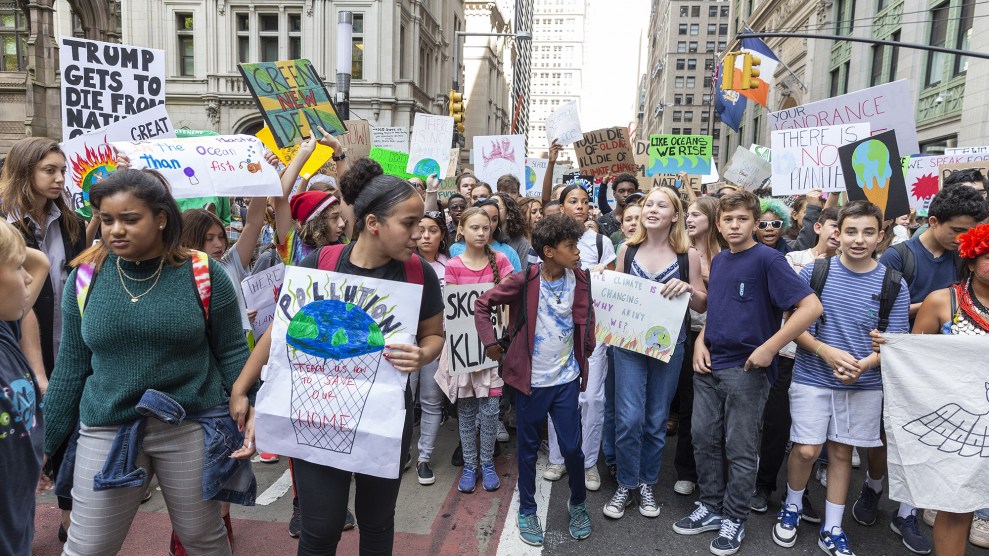 In response to the rise in student activism, particularly around gun violence and climate change, one of the nation’s largest school districts has adopted a novel new policy: Each student in the seventh through 12th grades will be permitted to skip school one day per school year to protest.

Fairfax County in Northern Virginia, home to 188,000 students, will implement its new “civic engagement activities” policy next month. In order to use their protest day, students must fill out a form that explains the reason for their absence and submit it at least two days in advance. They must obtain permission from a parent or guardian and stop by campus on the day of the protest. “I think we’re setting the stage for the rest of the nation with this,” Fairfax School Board member Ryan McElveen, who introduced the policy, told the Post. “It’s a dawning of a new day in student activism, and school systems everywhere are going to have to be responsive to it.”

The policy is already facing some backlash from conservatives who believe it is coddling liberal students, according to the Washington Post. When a school district in Maryland considered, but ultimately abandoned, a similar policy, conservatives across the country expressed criticism to its sponsor, arguing that kids should be in school rather than out protesting. But it’s hardly a liberal victory either; in a world where students have made some impact on issues like climate change and gun violence, one day of demonstrating per school year will hardly be enough to foment radical change.

The power of student activism is growing, as showcased in the last two years by the students in Parkland, Florida, who survived a mass shooting in their school, and the youth climate movement worldwide. Greta Thunberg, the 16-year-old climate activist-turned international celebrity, skipped school for weeks to urge action against climate change, and then helped establish a regular protest every Friday that spread among students throughout the world. The new policy may well encourage students who have never protested before to take a day off to march or sit-in. But as much as some parents and teachers may want to keep their kids in the classroom, the whole point of protesting is to be heard, and that may require breaking some rules.