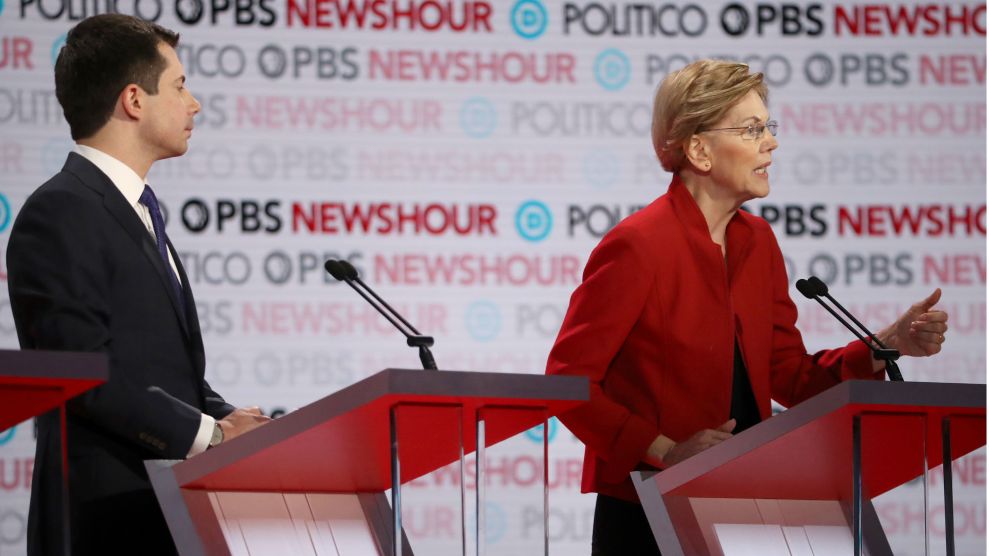 It wasn’t in wine cave. But in June 2018 Massachusetts Senator Elizabeth Warren had a fundraiser at the City Winery Boston, where guests who contributed at least $1,000 received a souvenir wine bottle, the Associated Press reported on Saturday.

The event featured a performance by Melissa Etheridge and remarks from Warren, who officially announced her campaign for the 2020 Democratic presidential nomination seven months later. The fundraiser also included a VIP photo reception and premium seating for donors who contributed or raised $5,400 per couple or $2,700 a person, the AP reported. That’s a fancy fundraiser with better access for bigger donors, the kind of thing most American politicians do all the time.

The problem for Warren, of course, is that this sounds not all that different from the “wine cave” fundraiser that she blasted South Bend Mayor Pete Buttigieg over during Thursday’s Democratic debate. Buttigieg’s event was held last Sunday at the Hall Rutherford wine caves in Northern California, which reportedly features a “chandelier with 1,500 Swarovski crystals, an onyx banquet table to reflect its luminescence, and bottles of cabernet sauvignon that sell for as much as $900.” Warren’s attack came after Buttigieg, under pressure by rivals, released a list of campaign bundlers, which appears to be incomplete.

“Billionaires in wine caves should not pick the next president of the United States,” Warren said Thursday. Noting that she does not require donations for backers to join her “selfie lines,” Warren added: “I do not sell access to my time.”

Warren has eschewed such events as a presidential candidate. But, as Buttigieg argued on Thursday, Warren’s previous reliance on traditional fundraisers opens her to hypocrisy charges. “This is the problem with issuing purity tests you cannot yourself pass,” Buttigieg said.

Because Warren transferred funds from her Senate to presidential campaign when she launched her current bid, she is funded in part by the “same big-ticket fundraisers you now denounce,” Buttigieg said. “Did it corrupt you, Senator?” Buttigieg asked. “Of course not.”

In an email to Mother Jones on Saturday, Chris Hayden, a Warren campaign spokesperson, argued that Warren’s 2018 fundraiser is not comparable to Buttigieg’s recent event.

“This event, which occurred before the Presidential campaign, was held at a large public music venue with multiple locations throughout the country, not an exclusive wine cave,” Hayden said. “Their most expensive bottle of wine is $49. As the invite shows, the minimum to get in was $100. It did not require a maxout donation to attend.”

“When we made the decision to run the campaign this way, the players in the usual money-for-influence game dismissed it as naive, said it would never work, and asserted that it would kill the campaign,” he added. “We’re pleased that our 100 percent grassroots strategy has been so effective that they’re now threatened enough to be attacking us for it. They’re right to be worried—because we intend to win and bring structural change to end the stranglehold of big money on our political process.”