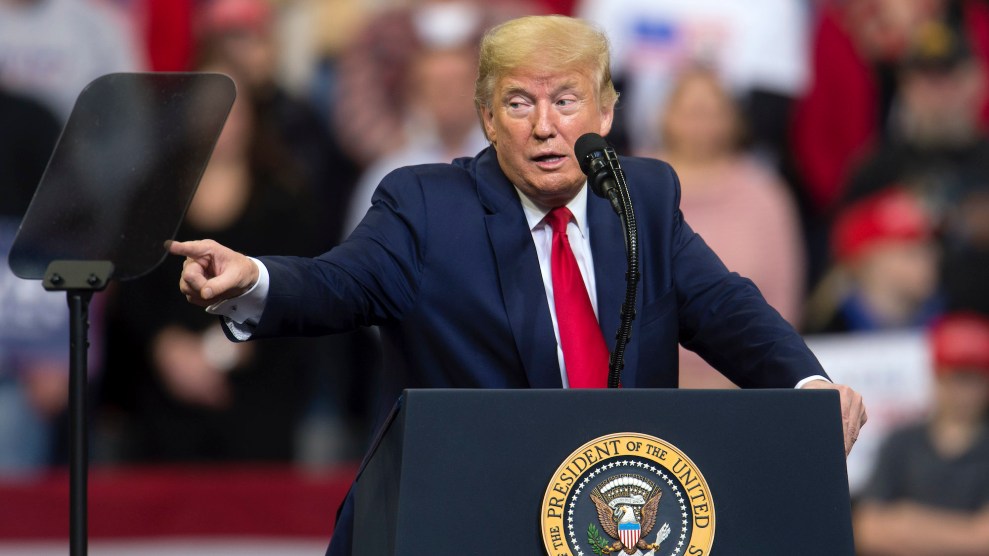 Three years and one impeachment after his first travel ban, President Donald Trump is issuing another. On Friday, the Trump administration announced it will block immigrants from six additional countries. This time, rather than Muslims, most of his targets are Africans.

The new proclamation, which Trump was scheduled to sign this afternoon, will affect Burma, Eritrea, Kyrgyzstan, Nigeria, Sudan, and Tanzania. A Department of Homeland Security official, who spoke on the condition of anonymity, said Friday that the nations were selected based on deficiencies in their ability to share information about their citizens and uphold US security standards.

After calling for a Muslim ban while he ran for president, Trump singled out seven Muslim-majority nations in his initial travel ban. Now Trump is blocking mostly African countries, after repeatedly pursuing policies that would disproportionately hurt black immigrants. With the Senate preparing to acquit Trump without calling witnesses, the White House is returning to the unsupported attacks on immigrants that it hopes will propel the president’s reelection campaign.

In theory, the plan is about protecting the United States from security threats, not demographics. Yet the new ban will only block people coming to the United States on the immigrant visas that provide a path to citizenship and will still allow people from these countries to come on tourist and business visas. In the 2018 fiscal year, the State Department issued about 12,400 immigrant visas to people covered by the new proclamation, which will take effect next month.

“Trump is doubling down on his signature anti-Muslim policy,” Omar Jadwat, the director of the Immigrants’ Rights Project at the American Civil Liberties Union, said in a statement, “and using the ban as a way to put even more of his prejudices into practice by excluding more communities of color.”

Data from the libertarian Cato Institute shows that nobody from the four African nations included in the expanded travel ban killed anyone in the United States in an act of terrorism between 1975 and 2016, the time period the organization studied. (As the Atlantic has reported, two people from Kyrgyzstan were the only ones from the new travel ban countries charged with terrorism.)

In including Nigeria, Trump is going after one of America’s largest sources of immigration from Africa. There were 375,000 Nigerian immigrants in the United States in 2018, significantly more than any other nation in sub-Saharan Africa. Nigerians received 13,952 green cards in the 2018 fiscal year, more than any other African nation.

With the blessing of the Supreme Court’s five conservative justices, the Trump administration will soon begin denying green cards to poor and working-class immigrants deemed likely to use modest amounts of government assistance. The policy is most likely to impact immigrants from Africa, the Caribbean, and Latin America. Trump has also tried to end the Diversity Visa lottery, which provides green cards to immigrants from countries whose citizens are underrepresented in the United States. Africans are the biggest beneficiaries of the program.

The president has defended these moves by arguing that he wants more high-skilled immigrants. Nigerians are among America’s best-educated immigrants. In 2017, 61 percent held a bachelor’s degree or higher, nearly twice the rate for the US native-born population and for the foreign-born population as a whole. Fifty-four percent worked in the arts, business, management, and sciences, compared to 39 percent of the native-born.

Trump’s views about Nigerians, however, appear to be shaped by gut-level racism, not data. At an Oval Office meeting in 2017, Trump reviewed a list provided by Stephen Miller, the senior White House policy adviser with a long record of trying to bring white nationalism into the American mainstream. It showed how many people from different countries had come to the United States on visas.