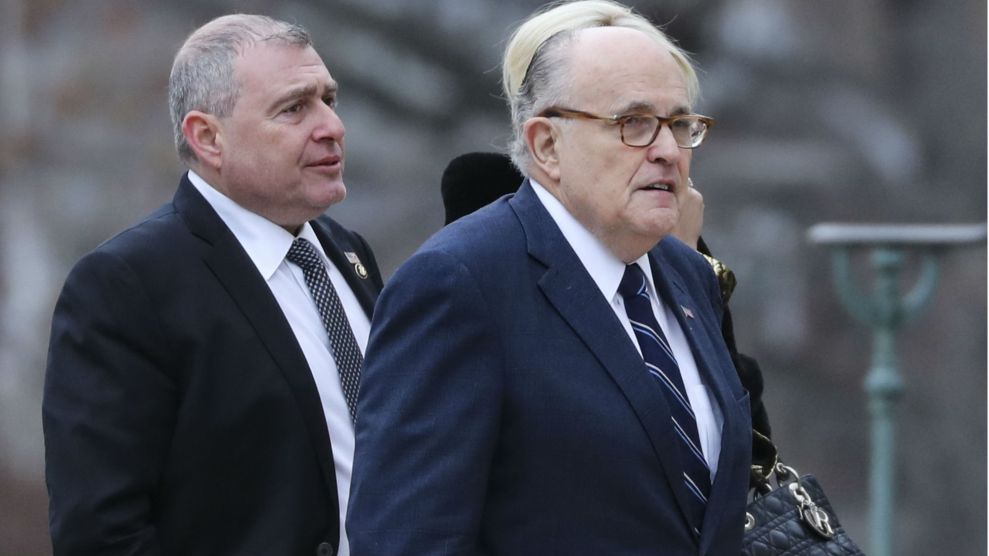 Let our journalists help you make sense of the noise: Subscribe to the Mother Jones Daily newsletter and get a recap of news that matters.
New documents released by House Democrats include handwritten notes, jotted on a notepad from the Ritz-Carlton hotel in Vienna by a now-indicted associate of Rudy Giuliani, that appear to link President Donald Trump’s scheme to force Ukraine to investigate former Vice President Joe Biden to a Ukrainian oligarch fighting extradition to the US on bribery charges.
Democrats on Tuesday made public dozens of pages of notes, text messages, and other records produced by Lev Parnas, who was working with Giuliani to dig up dirt related to Biden and his son in Ukraine. Parnas and three co-defendents were indicted in October on campaign finance charges. Democrats say the material “further corroborates the findings and evidence” that led to Trump’s impeachment last month. The documents also suggest ties between Trump’s effort to push Ukraine to launch investigations and efforts by indicted Ukrainian magnate Dmitry Firtash, who is under house arrest in Vienna, to convince the Trump administration to drop the case against him.
The first page of Parnas’ notes include this line: “Get Zalensky to announce that the Biden case will investigated.” This is a reference to Ukrainian President Volodymyr Zelensky. 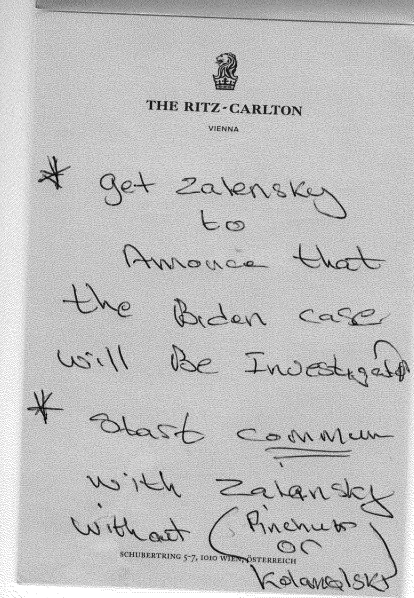 The same set of notes, a few pages later, mention “Joe/Victoria” and “Lenny Davis” on either side of a T-chart. “Get rid of Lenny Davis (nicely),” Parnas wrote. Last July, Firtash replaced Lanny Davis, a criminal defense lawyer and crisis manager who was representing him, with Victoria Toensing and Joe diGenova, a husband-wife legal team with close ties to the Trump White House and Giuliani. 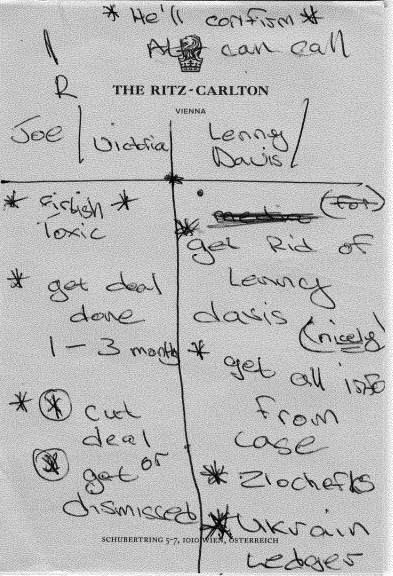 Parnas’ scribblings indicate that Davis’ replacement may have been engineered by Parnas and Giuliani as part of a broader effort to advance Trump’s political interests in Ukraine. And it supports a claim by Parnas’ lawyer, Joseph Bondy, that Toensing and diGenova, through Parnas, suggested to Firtash that they could leverage their ties to Trump and Giuliani to help resolve the oligarch’s “extradition problems” if Firtash hired them and helped them find dirt on the Bidens. Firtash told the New York Times that he hired Toensing and diGenova to obtain a meeting with Attorney General William Barr. They achieved that in August, though they have not succeeded in getting the extradition effort dropped.

Davis on Tuesday told Mother Jones that while representing Firtash, “I drew a red line over anything approaching politics.” He added that he is “sad for Mr. Firtash about this situation.”