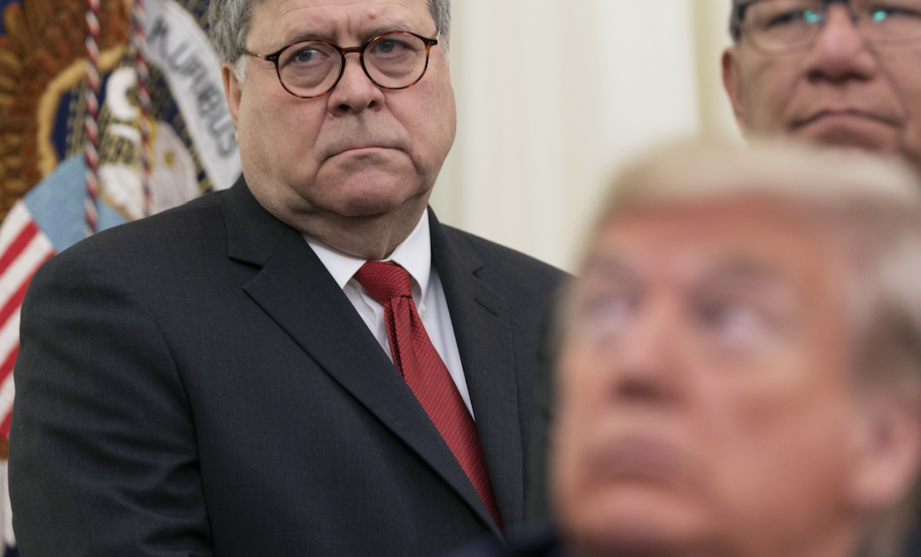 President Donald Trump praised Attorney General William Barr on Wednesday for intervening to reduce Roger Stone’s sentencing recommendation, a move that came after Trump complained on Twitter that the initial recommendation, put forward by the Justice Department’s own career prosecutors, had been too severe against his longtime political adviser.

Four prosecutors who had worked on the Stone case have since withdrawn.

Congratulations to Attorney General Bill Barr for taking charge of a case that was totally out of control and perhaps should not have even been brought. Evidence now clearly shows that the Mueller Scam was improperly brought & tainted. Even Bob Mueller lied to Congress!

It was the latest in an extraordinary series of fast-moving developments surrounding Stone’s sentencing this week for obstructing a congressional investigation. The burgeoning scandal has since renewed questions over Barr’s apparent willingness to use the Justice Department to bend to Trump’s various political demands, as new reports show that Barr has seized control over a number of legal matters significant to the president.

On Monday, career prosecutors at the department released a filing memo recommending a sentence of up to nine years for Stone’s crimes that included making false statements to Congress, obstruction of justice, and witness tampering. Hours after the memo’s release, Trump tweeted his displeasure. “This is a horrible and very unfair situation,” he wrote. “The real crimes were on the other side, as nothing happens to them. Cannot allow this miscarriage of justice!”

Sixteen hours later, the Justice Department released a new filing calling its previous recommendation “excessive,” and four prosecutors who had worked on the case abruptly withdrew.

But Trump didn’t stop there. Amid the shock over Barr’s intervention, the president on Tuesday attacked the federal judge who had presided over his former campaign manager Paul Manafort’s case before moving on later in the night to accuse the four prosecutors of political bias.

Who are the four prosecutors (Mueller people?) who cut and ran after being exposed for recommending a ridiculous 9 year prison sentence to a man that got caught up in an investigation that was illegal, the Mueller Scam, and shouldn’t ever even have started? 13 Angry Democrats?

Do you realize intimidating judges is the behavior of failed-state fascists? Just asking! https://t.co/kcEzirsGUF

The impeachment sequel is really coming together quickly. https://t.co/O9m9SIEG0u

Democrats are now demanding an investigation into the Justice Department.