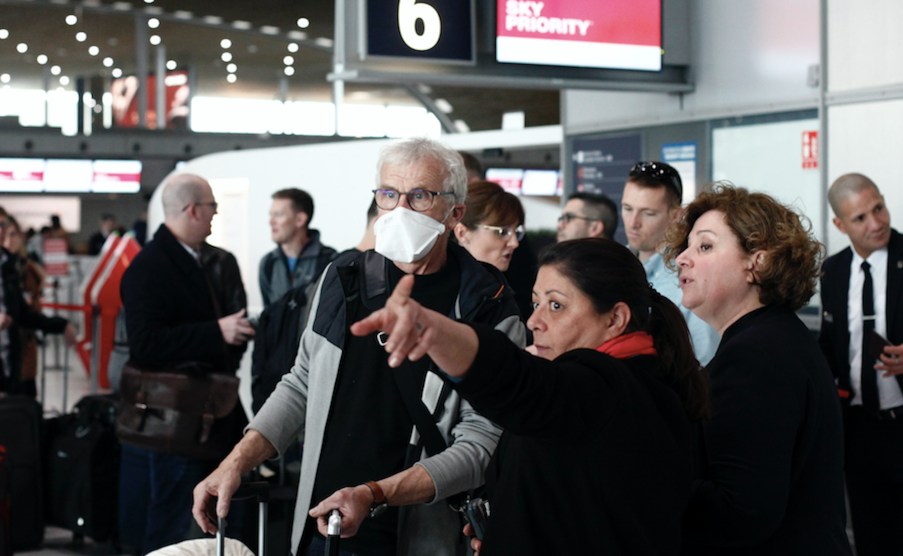 European leaders strongly denounced President Donald Trump’s decision to ban most travel from European countries in response to the coronavirus pandemic, describing the announcement as “unilateral” and made “without consultation.”

“The coronavirus is a global crisis, not limited to any continent and it requires cooperation rather than unilateral action,” EU Council President Charles Michel and Commission President Ursula von der Leyen said in a joint statement Thursday morning.

The scathing condemnation made clear that Trump’s move—which limits travel from 26 European countries but does not include the United Kingdom, Ireland, or other countries that are not part of the continent’s visa-free travel zone—had largely blindsided European countries, sending stock markets across the region into yet another free-fall. Meanwhile, in the United States, lawmakers, experts, and local communities are scrambling for answers on crucial issues Trump failed to address in his televised remarks on Wednesday: the continued lack of rapid testing and a coherent messaging on what social distancing policies to follow.

Across the Atlantic, Americans in Europe on Thursday morning were sent into an unprecedented panic over the surprise announcement, with travelers reportedly paying exorbitant amounts to return home as soon as possible amid the chaos.

Bedlam at U.S.-bound airlines at CDG in Paris early this a.m., as Americans pay as much as $20,000 for last-minute flights. pic.twitter.com/kkbOAEFn4Y

In the UK, one of the hardest-hit countries in Europe, the exemption was met with widespread confusion.

“We are always guided by the science as we make our decisions here,” the UK’s Chancellor of the Exchequer Rishi Sunak told BBC Radio 4 on Thursday, dismissing the notion that the UK would follow the Trump administration’s measures. “The advice we are getting is that there isn’t evidence that interventions like closing borders or travel bans are going to have a material effect on the spread of the infections.”

Sunak’s remarks came as experts continue to warn that Trump’s erratic approach to tackling the crisis is not governed by science. Instead, Trump has sought to blame the media and Democrats for using the epidemic to ruin his presidency nearly every day since the virus began to spread in the United States. In between the inflammatory accusations, he has promoted a steady stream of misinformation about the virus.

“There’s little value to European travel restrictions,” Tom Bossert, Trump’s former homeland security adviser, said in a series of tweets Thursday morning. “Poor use of time and energy. Earlier, yes. Now, travel restrictions/screening are less useful. We have nearly as much disease here in the US as the countries in Europe.”