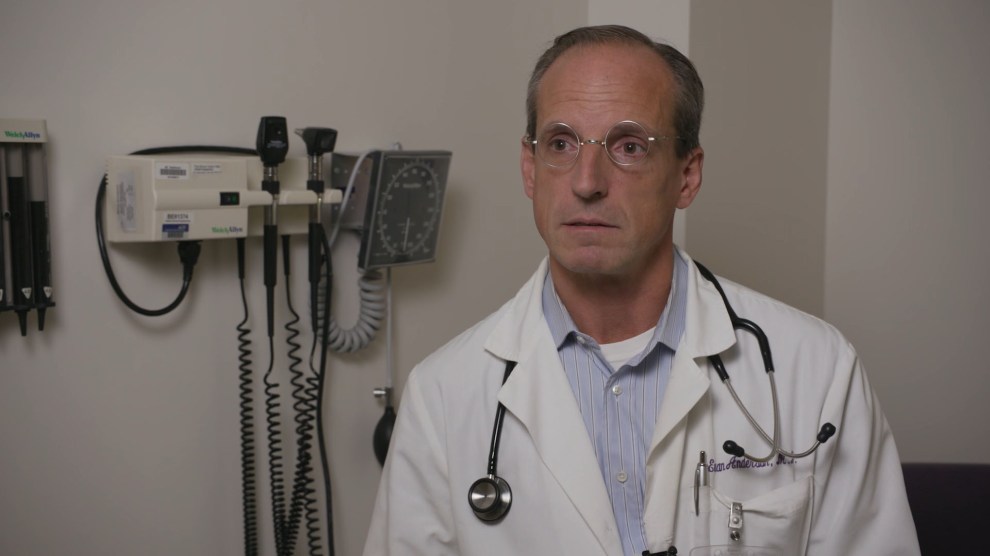 If the weeks seem like decades to you right now, consider this bit of good news: The first US trial for a coronavirus vaccine is already underway, just months after the novel virus emerged. That’s a record. The new vaccine, made by the National Institute of Allergy and Infectious Disease and the pharmaceutical company Moderna, is in its first phase of testing at two sites: the Kaiser Permanente Washington Health Research Institute in Seattle and the Vaccine and Treatment Evaluation Unit at Emory University in Atlanta. Over the next several months, 45 volunteers will receive the shot, called mRNA-1273. During this phase, researchers will begin to study its safety and its ability to stimulate the immune system.

This is just the beginning, of course—if this trial is successful, it will be 18 months before the vaccine will be available to the public. And this vaccine is just one of several that scientists will test. The worldwide coordination among scientists is unprecedented, and it will be fascinating to watch over the coming months.

We spoke to the Emory site’s principal investigator, Evan Anderson, an associate professor of internal medicine and pediatrics who specializes in infectious disease.

How did Emory get involved with the study?

Our Vaccine Treatment and Evaluation Unit, which is a network of clinical sites around the country that’s supported by National Institutes of Health, has been doing vaccine studies for 60 years now. And some of those vaccine studies are of emerging pathogens and infections. The network was very involved with the 2009 H1N1 response and has done a number of pandemic preparedness studies. We jumped at the opportunity to be involved with this very important study.

How are you recruiting volunteers?

We have a long history of having conducted a number of similar studies in the past. We have a large number of people that have been involved in prior studies. We reached out to a number of them.

First, we have a brief screening phone call with them that typically takes maybe 15 or 20 minutes. We give them the opportunity to ask a few questions, and they give their consent.

Then they come in for an actual screening visit, at which time we spend a while talking through the specific criteria, outlining the risks and benefits associated with the study, the fact that it’s voluntary, the fact that they can withdraw at any point in time. We discuss issues of privacy. We do an exam, and we go through a long series of questions to make sure that we think they truly are potentially eligible.

They then have blood drawn. That will give us answers about whether or not their labs show they are eligible for the study. About a quarter to a third of those that have volunteered end up not being eligible due to different reasons.

What happens with those who are selected?

They have a “memory aid” that they end up completing over the next week. On a daily basis they have to keep track of any local symptoms, meaning redness, swelling, tenderness, itching at the side of injection. They also keep track of any more systemic symptoms, things like fevers, chills.

They get a couple of phone calls in the days after they received the vaccine. Then they’re back a week later, at which time we go through any actual symptoms that they’ve had. Again they have blood drawn. Then two weeks post-vaccine, they’re back to clinic again.

We go through the records with them to make sure that they’re still eligible to receive the second dose of the vaccine. Then you repeat the whole process. After those initial few weeks out from the second dose, they’re back in the clinic at four weeks, then three months, six months, a year. In all, it’s about 13 to 14 months that they’re committing to be involved with the study. We want to make sure at the beginning that they stay with us, if at all possible.

The volunteers are not paid in the classical sense, but they are compensated for their time and involvement. These studies are very intense. They require multiple hours in the clinic. If they complete the study, they’ll be reimbursed about $700.

What happens if somebody gets COVID-19 during those 13 months that they’re part of the trial?

The individuals who are being enrolled in the trial are purposely being selected as low-risk, from the standpoint that they are able to maintain social separation and follow CDC guidance. So we’re trying to enroll people who are not out in the community due to job-related things.

That has excluded people like health care providers, who clearly have a heightened risk of acquiring infection. In general, we have more people who are primarily living alone or living with a spouse or partner, rather than people who are living in a family with children.

Especially the first two months after they get their first dose of vaccine through a month after they get their second dose of vaccine, we really need to try and have them avoid getting infected with the virus, if at all possible. In part, because that will then impact the safety assessments and the immune response assessments that are critical to making decisions about moving forward with the vaccine.

What are the risks of the vaccine?

There’s always the potential for a severe allergic reaction to the vaccine.

There’s been some concern raised about if someone was, in fact, to get the vaccine, and then were infected with the virus, whether the vaccine could result in more severe disease. That’s a theoretical concern that we’ve seen with a couple of prior vaccines. They use different technology, and we think it’s unlikely that that will be the case here.

I think the other possibility—and this is quite possible—is that we don’t see any immune response. That’s why vaccines fail most frequently. And then there’s what we hope, that we’ll ultimately see protection by the vaccine against the disease.

How often do trials like these end in failure or non-resolution?

This is just the phase one study, so there are a lot of steps that are required after this study is completed. There still needs to be a phase two and a phase three study that will enroll larger numbers of people. In this phase one study, it is primarily the immune response that we’re looking at—particularly the antibodies but also other immune markers. The phase 3 study looks at whether it actually works in terms of prevention of COVID-19.

“The majority of early vaccine candidates are not going to make it to market. Most of the time they are not successful.”

Which is to say, the majority of early vaccine candidates are not going to make it to market. Most of the time they are not successful. Obviously, we hope that will be different for this vaccine candidate, but we don’t know.

If this vaccine were to get through all of the phases, how long would it take for it to be widely available to the public?

The key point for this phase one study will be around the two-month mark, [which is] after the initial dose of vaccine and the last phase one study participants being enrolled. The safety of the vaccine at that point in time, and whether we’re seeing an immune response, will then determine whether or not the vaccine moves into phase two studies.

The best-case scenario for getting the vaccine to market? People have said maybe a year, which is optimistic. Eighteen months is probably more realistic for the vaccine candidate. There are there are other vaccines in the pipeline too that the National Institutes of Health will be testing. So they’re not putting all their eggs in one basket.

How is the vaccine that you’re testing different from vaccines that exist for, say, childhood illnesses?

A lot of existing vaccines use what’s called a live, attenuated approach, where a weakened virus is used for vaccination. That hopefully will generate a good immune response but will not cause the patient to become sick. There are a number of vaccines that fall into that category, like the measles, mumps, and rubella vaccine.

Another category is the vaccines that contain a protein or proteins from the disease. The idea is that those proteins will generate an immune response to that protein resulting in protection from disease. Sometimes it’s a large number of proteins, like for the influenza vaccine. You’ve got the whole virus with some of those vaccines. Other times, it’s just a protein from the bacteria or virus. That would include things like pneumococcal vaccine.

This vaccine is different in that it is what’s called mRNA vaccine. It contains part of the genetic code of what’s called the spike protein from the coronavirus. If you think of the virus, it’s kind of a little circle with little proteins sticking off of it. Those proteins give it the crown-like appearance, which is where the term coronavirus comes from.

Those proteins sticking off the circular virus are spike proteins, and this vaccine contains the genetic codes for a section of that spike protein. When it’s injected in the individual, the hope is that it will tell that person’s body to make that protein and express that protein that will generate an immune response. That protein will then provide protection against actual COVID-19.

What if the virus mutates? What are the implications for the vaccine?

That is always a risk with vaccines in general. We think the technology being used here would be much more amenable [to make] adjustments fairly quickly in that instance—you could just change the genetic code that’s in the mRNA. There would need to be additional studies if the vaccine did need to change.

How could pharmaceutical companies help this process?

The extent to which one pharmaceutical company might focus on developing a vaccine impacts their ability to continue forward with other drugs that they may be developing for other purposes—drugs that might require lifelong administration such as for high blood pressure or for other conditions. And many of those drugs can bring better financial rewards for an individual corporation than developing a vaccine.

I think that is part of the issue as to why there has been limited interest on the part of pharmaceuticals in vaccines in general. A greater commitment to vaccine development in general would certainly be of great benefit for our nation moving forward.