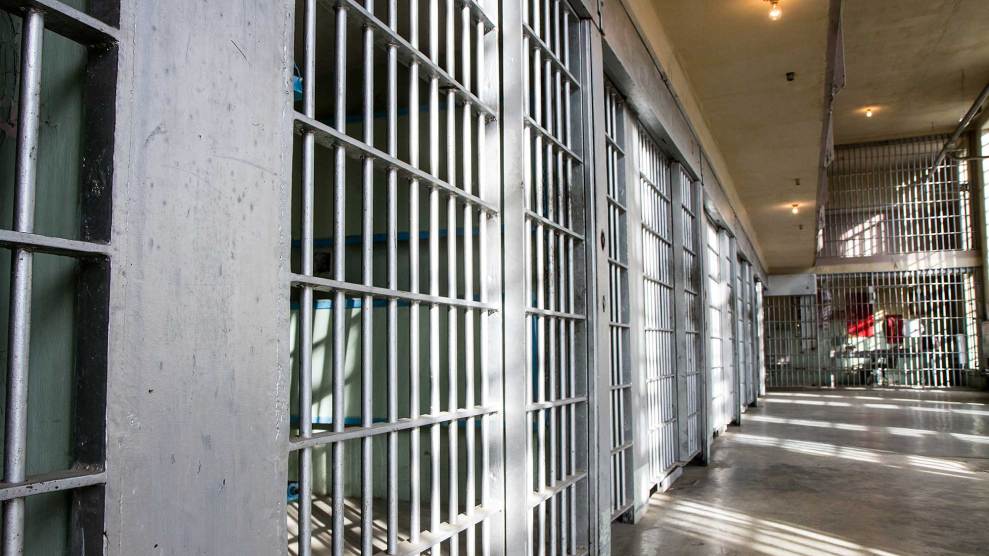 Editor’s note, 4/9/20: Since this story was published, 40 more people held in federal pretrial detention by the US Marshals have tested positive for the coronavirus. That’s a 900 percent increase in a week; the total number of infected detainees is now 45. The agency reports that 37 Marshals Service staff members, including full-time and contract employees, also have tested positive for the coronavirus.

Five people being detained in federal pretrial custody by the United States Marshals Service have tested positive for the coronavirus, the agency has now confirmed to me. The cases have not been previously reported. Three of the detainees are held facing charge in the Washington, DC, federal court district and are in medical isolation. Two other detainees, one in the Eastern District of New York and another in the Northern District of Georgia, have now recovered from the virus, according to the agency.

The Marshals Service is responsible for detaining people facing criminal charges in federal courts. But it does not own its own jails. Instead, it uses a network of approximately 1,000 local jails, private facilities, and federal detention centers to house approximately 66,000 federal pretrial detainees, people charged with but not yet convicted of federal crimes. The agency did not identify the specific facilities where these detainees are held.

The Marshals said Tuesday that local and private facilities where it sends federal pretrial detainees decide themselves how they’ll respond to the crisis. “All training protocols, quarantine decisions or policy adjustments are made at the facility level,” agency spokesperson Lynzey Donahue said in a statement.

According to federal records I first reported in October, hundreds of Marshals detainees in recent years have died in county jails and private prisons that are not complying with baseline medical and mental health standards.

As I reported in a 2019 investigation, a partnership between Type Investigations and Mother Jones, on the Marshals’ detention system, the agency’s hands-off approach toward the facilities it uses relegates detained people to facilities where they’ve been subjected to medical neglect. According to a year of reporting, based on interviews and thousands of pages of government documents, the agency imposes scant oversight of most of the facilities it uses to hold detainees, and routinely sends detainees to facilities that other government and independent watchdogs have found sorely out of compliance. According to federal records I first reported in October, hundreds of Marshals detainees in recent years have died in county jails and private prisons that are not complying with baseline medical and mental health standards.

The Marshals’ five positive tests are almost certainly an undercount, and the agency would not identify how many detainees were currently held in quarantine over suspicion of infection. According to Dierdre D. von Dornum, the head of the federal defenders office in the Eastern District of New York, at least two detainees are currently in isolation in the Marshals facility in Queens, waiting for test results. The facility is operated by the private prison company Geo Group.

Marshals detention is relatively inflexible, because the agency does not have the independent discretion to release people it holds. Unlike Immigration and Customs Enforcement, a parallel federal agency that holds immigrants facing the threat of deportation and that could immediately release immigration detainees on parole, Marshals detainees are stuck in detention unless a federal judge or magistrate grants them release.

The Marshals’ five positive tests are almost certainly an undercount, and the agency would not identify how many detainees were currently held in quarantine over suspicion of infection.

Federal public defenders’ offices around the county have filed a rash of requests to federal courts, asking that medically vulnerable pretrial detainees be released from detention on bail, and allowed to return to their communities. Von Dornum and several other federal defenders say that the Marshals have helped their offices in identifying detainees who are most medically vulnerable. But because in many parts of the country the federal pretrial population is scattered in an archipelago of county-run and private jails, public defenders say it may be difficult to identify those in most urgent need of release, and advocates for prisoners say that the case-by-case approach may be dangerously slow.

Defenders are looking for scaled fixes. In the Eastern District of New York, the federal defenders filed a lawsuit to ask the court to release 537 medically vulnerable people from federal custody in Brooklyn’s Metropolitan Detention Center before the virus is carried further into facilities after it is introduced by detainees of facility employees. The federal defender in San Diego filed a letter on Tuesday asking Sen. Kamala Harris (D-Calif.) to press the US Attorney for the Southern District of California to stop detaining people in pre-trial detention. The letter details numerous examples of assistant US attorneys resisting requests for release by sick detainees.

In addition to the five US Marshals’ detainees, the agency reports that as of Monday, 19 Marshals staff, including full time employees, and contractors who may include drivers or court security guards, have also tested positive for the novel coronavirus.

“Prisons, jails and detention centers are extremely dangerous places in this crisis,” said Jonathan Smith, who for several years under the Obama administrations was the head of a Justice Department office that investigated jail and prison conditions. He is now head of the Washington Lawyers’ Committee for Civil Rights and Urban Affairs. “Federal courts need to get detained people out, away from the danger in detention, and into a community setting.”

This story was reported in partnership with Type Investigations, where Seth Freed Wessler is a fellow. Formerly The Investigative Fund, Type Investigations incubates high-impact investigative reporting that holds the powerful accountable. Type brings underreported stories to light, cultivates diverse journalistic talent, and creates a home for independent journalism that serves the public.