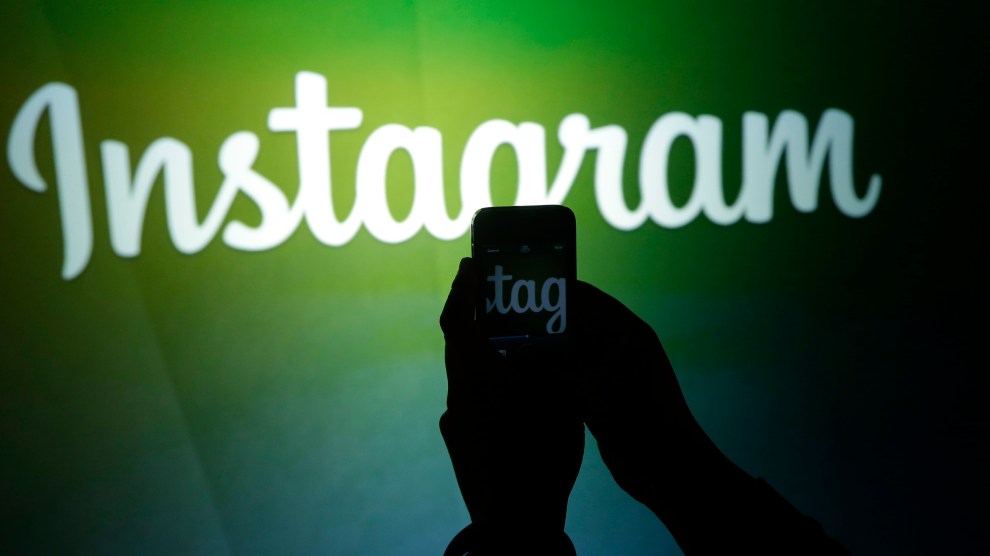 Wellness influencers have been having a field day over the coronavirus, with some taking advantage of people’s fears to hawk unproven supplements and drive traffic to their sites. A few have even touted forsythia as a natural treatment, stealing a plot point verbatim from Contagion, the prescient 2011 Hollywood film that warned about the danger of medical misinformation in a pandemic.

Some have fused wellness hoaxes and pseudoscientific homeopathic treatments with QAnon and other far-right conspiracies. One such notable influencer is Joseph Arena, a chiropractor who uses the title “Dr.” and has more than 40,000 followers. Arena has pushed explicit QAnon theories about massive pedophile rings run by the deep state on his Instagram account and has directed his followers to pro-QAnon pages to find “the truth.”

“It’s unlike what I’ve looked at before….There is this faction of ultra-conservative, some Christian, mixed in with anti-vaxxers.”

“All of the FEMA camps and hospital beds that are being created to take in the millions of people who we are about to save. Get ready, it is about to start,” Arena said in a Instagram story last Tuesday, regurgitating a modified version of a conspiracy theory that first surfaced in the 1970s about Federal Emergency Management Agency plans to put people in concentration camps under the pretense of martial law. (Arena responded to a request for comment by threatening legal action if his name was included in this story.)

Dr. Shiva Ayyadurai, a biology PhD, is an anti-vaxxer who says he invented email—a claim which has been rejected by journalists and historians. On Instagram, where he has nearly 100,000 followers, he pushes QAnon-styled conspiracies about “deep state” federal bureaucrats working to undermine President Trump’s efforts to take down a pedophile ring run by a cabal of liberal and Hollywood elites. One of Ayyadurai’s most recent posts says that the coronavirus is a tool for the “deep state” in “consolidating its Power using its protected class of Hollywood & Academic whores.”

Azadeh Ghafari, a licensed psychotherapist who runs the Instagram account the.wellness.therapist, has long tracked the alternative medicine and pseudoscience community on the platform. She says the wellness influencers who have been pushing snake-oil coronavirus cures are a bizarre turn from what she’s used to seeing.

“It’s unlike what I’ve looked at before. You would assume these hippies are progressives,” she said. “There is this faction of ultra-conservative, some Christian, mixed in with anti-vaxxers, mixed in with health and lifestyle folks.”

“These folks have latched onto these wellness, holistic, spaces. They use scientific language, and then they layer pseudoscience on top if it. It sounds like they know what they’re talking about, because they use certain expressions that make sense, but then add false things to that,” Gharafi added.

While the coronavirus appears to have accelerated the spread of QAnon believers and beliefs into online wellness and anti-vaxx spaces, cross-pollination between the communities has been bubbling for at least a couple years. Travis View, an independent conspiracy theory researcher who hosts the podcast QAnon Anonymous, pointed out the case of Jennifer Mac, a lifestyle blogger who rebranded toward the end of 2018 as a QAnon follower.

“Wellness bloggers are generally anti-establishment and anti-mainstream narrative and distrustful of authority, which lines up with QAnon’s populist message,” View said on the phone. “The thing about QAnon is that it is a fairly large online audience of people who are looking for validation. If you are in the business of building an audience, QAnon followers can be a valuable pool to draw from.”

“If you are in the business of building an audience, QAnon followers can be a valuable pool.”

Rose Henges, a Christian mom blogger and YouTube creator with almost 79,000 followers on Instagram, has also drawn from Q’s waters. As BuzzFeed News has noted, on her Instagram account she spreads QAnon conspiracies next to posts about “holistic living.” Henges has shared baseless claims about impending “military tribunals,” and how the “deep state planned this as a real pandemic” to distract from supposed plans for children who have been “farmed” and are living underground.

Angel Quintana, another wellness Instagram influencer, has posted conspiracies about how the coronavirus is “an alien depopulation agenda” and that the disease is only contracted through “tainted adrenochrome” injections or radiation from 5G cellular installations, playing on a larger unsubstantiated and persistent conspiracy theory about such communication towers. In one Instagram TV video, she describes when she “stumbled on a video from one of our QAnons” that discussed “the tunnels in New York City potentially where they have been doing some of the child trafficking—storing the children over the years…for sacrificing and using their blood in the adrenochrome.”

While other wellness influencers have stopped short of posting outright QAnon material, they have shared other outlandish far-right conspiracy theories. Janny Organically, a holistic medicine influencer with over 60 thousand followers whose display name is “Reflexive Contrarian,” has pushed a conspiracy about Dr. Anthony Fauci being tied to George Soros. Theories that Soros, the liberal megadonor, has an invisible hand in major world affairs to the perceived detriment of Republicans are a go to anti-Semitic conspiracy for right-wingers.

Some of these wellness influencers now dabbling in conspiracy tout doctor or medical credentials unrelated to epidemiology. Kelly Brogan, who has a medical degree and is trained in psychiatry, has posted conspiracy theories to her verified Instagram account about Bill Gates’ supposed conflicts of interest related to the coronavirus, while pushing other theories about how the “mainstream media narrative” about the virus is a coverup. Last week, she posted videos of conspiracy theorist David Icke, who has been banned from Australia for denying the holocaust.

Rashid Buttar is another influencer with over 10,000 followers on Instagram with a long history of pushing alternative medicine; while he touts his credentials as a medical doctor, he was charged by the North Carolina Medical Board in 2008 for unprofessional conduct after charging “exorbitant fees” to cancer patients, three of whom died, for “ineffectual therapies.” Recently, he’s been pushing fringe theories about the coronavirus’s link to 5G, and that it was intentionally engineered to spur crackdowns on civil liberties.

One holistic medicine influencer has pushed a conspiracy about Dr. Anthony Fauci being tied to George Soros.

Janny Organically’s display name, Reflexive Contrarian, describes the prevailing ethos of the most fringe members of the wellness community. While they fuse dubious homeopathy with outlandish far-right hoaxes, they usually don’t otherwise explicitly espouse far-right ideologies. While other types of conspiracy theorists draw lines between figures that they do and don’t trust, these wellness influencers more commonly antagonize all mainstream narratives,  replacing them with whatever they think makes more sense. Instead of throwing their support behind one hero, and opposing anyone else who thwarts their narrative, as other conspiracy communities do, you’ll see them target Trump, Fauci, Gates, and the federal government broadly, all in the same Instagram story series.

Ghafari says some skepticism of the medical community is a natural reaction to a history of groups being spurned and ignored, pointing to communities of color who have been mistreated by the medical system. But she noted what’s happening in wellness influencer circles, which are often dominated by well-off white people, as something different.

“When I see this behavior happening, there’s a level of fear going on, particularly in the white community. They feel out of control, they don’t know who to trust, and it’s manifested in this manner,” she said. Ironically, their pronouncements create new problems by spreading harmful, untrustworthy misinformation to large groups of followers. “It’s distributing,” she said.