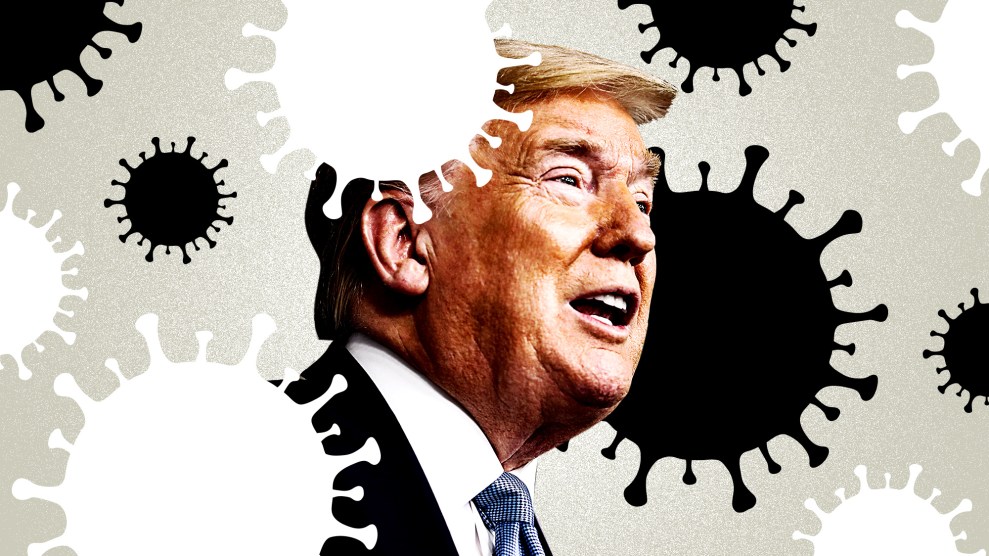 They misrepresented the threat. They disregarded experts. They did not prepare adequately. And thousands of Americans died.

And they got away with it.

The implementers, cheerleaders, and enablers of the catastrophic Iraq War were never punished for their actions. It’s not too early to wonder if Donald Trump and those who joined him in discounting and downplaying the coronavirus threat or who were part of his lethal mismanagement of the crisis or who echoed his false statements and absurd claims of winning will ever pay a price for conduct that has led to a current death toll of 12,000, which could end up a magnitude of order greater.

The Iraq War and occupation, a strategic blunder of historic proportions that was mismanaged from the start, caused the deaths of almost 5,000 US service members and about 200,000 Iraqi civilians. And it was all for naught. There was no WMD threat to neutralize. The invasion did not remake the region and spread democracy. It wreaked chaos and violent instability that continue to plague Iraq and the world.

Yet the architects and engineers of this epic disaster never faced a reckoning. George W. Bush and Dick Cheney were reelected, and after their second term was done, they were rewarded with lucrative book contracts, as was former Defense Secretary Donald Rumsfeld. Paul Wolfowitz, the assistant secretary of defense, became the president of the World Bank. Bush went on to become a pal of Michelle Obama. Ari Fleischer, Bush’s press secretary, was hired as a media consultant for the NFL. National security adviser Condoleezza Rice returned to academia and public speaking and served on the college football playoff selection committee. Columnists who championed the war—Thomas Friedman, David Brooks, the editorial writers of the Washington Post and the Wall Street Journal—kept their prestigious and well-paying jobs. The dogs of war who howled on Fox News and within the conservative media were not punished. Sean Hannity, a month before the 2003 invasion, declared, “We’re going to go in and we’re going to liberate this country in a few weeks and it’s going to be over very quickly…We’re going to find all of the weapons of mass destruction.” Today, Hannity is the biggest, highest-paid loudmouth at Fox. Democratic legislators who voted in 2002 to provide Bush the leeway to launch the war were not banished. Two won their party’s presidential nomination (John Kerry and Hillary Clinton), and a third (Joe Biden) is on his way to do the same.

There has never been true accountability for this massive screwup that cost thousands of Americans their lives.

Will that happen again?

It is undeniable (for any reality-based observer) that Trump botched the response to the coronavirus pandemic. A recent Washington Post article depicted this tragedy of incompetence in painful detail. And Twitter is loaded with videos showing Trump repeatedly uttering false statements, discounting the coronavirus threat, and claiming the virus was contained. For weeks, he conveyed the message that there was nothing to worry about. He was late to accept the need for social distancing and did not encourage governors to implement necessary shutdowns. He claimed a national testing system was about to start. It never happened, and his administration has failed to develop wide-scale testing. He did not move quickly to prepare health care workers with needed personal protective equipment and ventilators. He essentially told governors they were on their own.

The most recent of all the revelations showcasing Trump’s ineptitude was especially stark. In late January, White House aide Peter Navarro sent Trump a memo noting, “There is an increasing probability of a full-blown COVID-19 pandemic that could infect as many as 100 million Americans, with a loss of life of as many as 1-2 million souls.” The warning never registered with Trump.

There has been an endless series of profound errors committed by Trump and his administration prior to and during this horrific crisis. Then–national security adviser John Bolton shut down the White House’s global health security office in 2018; the Trump team ignored a pandemic playbook left for it by the Obama administration. And Trump, the malignant narcissist, has, to no one’s surprise, explicitly rejected all responsibility for the glaring missteps and deadly miscalculations. Instead, he has boasted about the ratings for his daily press briefings.

Trump and adoring sidekick Mike Pence will face a moment of judgment in November, when voters will render a verdict. But what of all the others who helped make this moment of mass-death possible? The Dear Leader crowd that supports Trump no matter what has echoed, protected, defended, and bolstered him as he has guided the nation into a nightmare of economic calamity and rampant death. You know who they are. (If not, watch this.) White House advisers Kellyanne Conway and Larry Kudlow—who each will likely look for remunerative gigs after their time with Trump—both claimed the coronavirus was “contained.” Trump’s newly acquired press secretary, Kayleigh McEnany, proclaimed in February, “We will not see diseases like the coronavirus come here..and isn’t it refreshing when contrasting it with the awful presidency of President Obama.” Rush Limbaugh told his millions of Dittohead listeners that the coronavirus was no worse than the “common cold.” (Should he give back the Medal of Freedom Trump awarded him in February?) Numerous Fox-heads, including Hannity and Laura Ingraham, misled the public, reinforcing Trump’s insistence that the threat was a hoax and discounting the seriousness of this virus. Only Trish Regan was booted by Fox after she derided what she called the “coronavirus impeachment scam.” The others have remained in place.

Then there is the Republican Party. None of its leaders have dared to challenge Trump, as he misrepresented the threat and lied about his administration’s response. Rep. Devin Nunes (R-Calif.) encouraged his constituents to ignore calls for social distancing and to go to restaurants. Rep. Matt Gaetz (R-Fla.) mocked concerns about the virus by wearing a gas mask on the House floor. Senate Majority Leader Mitch McConnell (R-Ky.) and House Republican leader Kevin McCarthy (R-Calif.) never publicly questioned Trump’s multiple blunders, and they continued to lead their party in a cultlike manner of total obeisance to Trump. Many others share the blame. Conservative and right-wing evangelical leaders, including Jerry Falwell Jr. of Liberty University and Matt Schlapp of the American Conservative Union, reinforced the no-big-deal theme that was pushed by Trump’s White House and have considered Trump faultless.

So with thousands of Americans dying in part because of Trump’s feckless and reckless response, who will be held responsible? Rep. Adam Schiff (D-Calif.), who prosecuted the impeachment case against Trump, has proposed creating a coronavirus commission like the 9/11 commission that investigated all the mistakes and misconceptions that preceded that horrible attack. The 9/11 commission produced a detailed and elegantly written report that offered a stunning indictment of the Bush-Cheney administration and the US intelligence community. (Still, Bush and Cheney were reelected.) But one can expect Trump, the Republicans, and their amen choir to rabidly oppose Schiff’s idea (as Bush opposed establishing the 9/11 commission).

American society does not do accountability well. The instigators of the Iraq War did not suffer. Nor did the bankers who crashed the US economy in 2008. We do have elections, and Trump, Pence, and their Republican handmaids will be on the ballot in seven months. But what of the Fox barkers, the conservative movement that has become no more than a promotion vehicle for Trumpjackery, and the entire right-wing noise machine? With their obsessive devotion to Trump, they all have helped pave the way to a national massacre. Will they be able to wash the blood off their hands? Can a large and deplorable slice of the national political media apparatus be judged guilty of murderous culpability and locked up (metaphorically)?

“Nations should have memories,” Frederick Douglass once said. But Gore Vidal frequently referred to the “United States of Amnesia.” And the past is not a good prelude for accountability. Too often the culprits who contributed to death and destruction end up skating along, even experiencing personal benefit. At this moment, the priority for the nation is to rise above Trump’s incompetence and contend with a killer virus that is robbing us of our friends, neighbors, and loved ones and causing severe economic and societal dislocation. But there ought to come a time for a tallying: who did what when, during a life-and-death national crisis. And it is not too early to be collecting receipts. None of this should be forgotten.