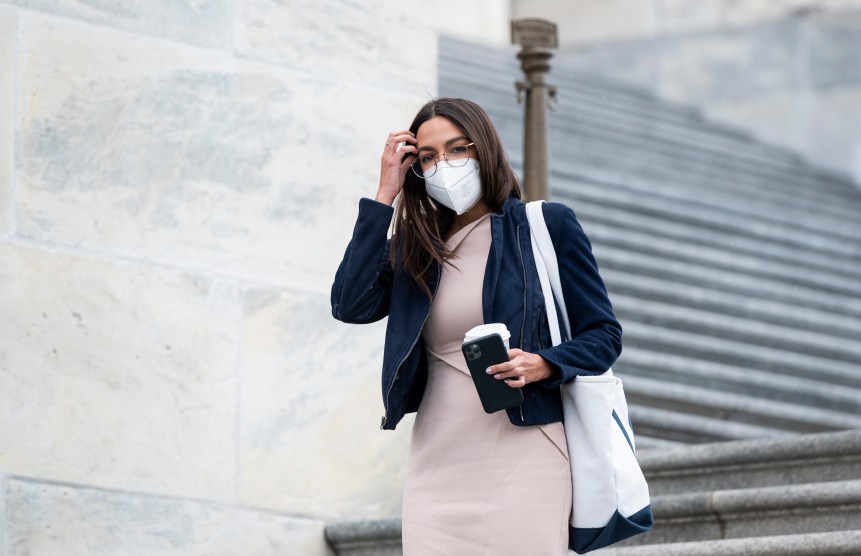 For more than two years, white Republican men have targeted Rep. Alexandria Ocasio-Cortez (D-N.Y), who at 30, is the youngest woman to serve Congress, with a steady stream of racist and sexist attacks.

So while abhorrent, it wasn’t exactly surprising to hear that another white Republican man with a track record of arguing that lynching is not a hate crime had harassed Ocasio-Cortez outside the Capitol building on Tuesday and allegedly called her a “fucking bitch.” Rep. Ted Yoho quickly claimed that he had merely muttered “bullshit” in reference to Ocasio-Cortez’s progressive politics. But not even his own Republican colleagues appeared to be convinced by that denial.

“We think everyone should show respect to one another,” House minority leader Rep. Kevin McCarthy, who in the past has defended President Trump’s “send her back” chants against Democratic congresswomen of color, including Ocasio-Cortez, told reporters as calls for Yoho to apologize mounted on social media and throughout Congress.

Leave it to Yoho himself to further erase the remote plausibility that came with his initial “bullshit” account.

“The offensive name-calling words attributed to me by the press were never spoken to my colleagues,” he said Wednesday in a speech on the House floor, “and if they were construed that way, I apologize for their misunderstanding.” Yoho ended his remarks, which never referred to Ocasio-Cortez by name, by refusing to “apologize for my passion or for loving my God, my family, and my country.”

It’s hard to tell exactly what’s going on here. One stab at an explanation could see Yoho attempting to thread the needle between calling Ocasio-Cortex a “fucking bitch” to her face and mumbling the sexist slur as he slunk away from the encounter. But we all know that meaningful contrition doesn’t usually rely on obscure denial and the heavy use of the passive voice.

Republican responds to calling a colleague “disgusting” & a “f—ing b*tch” w/ “I cannot apologize for my passion” and blaming others.

I will not teach my nieces and young people watching that this an apology, and what they should learn to accept.