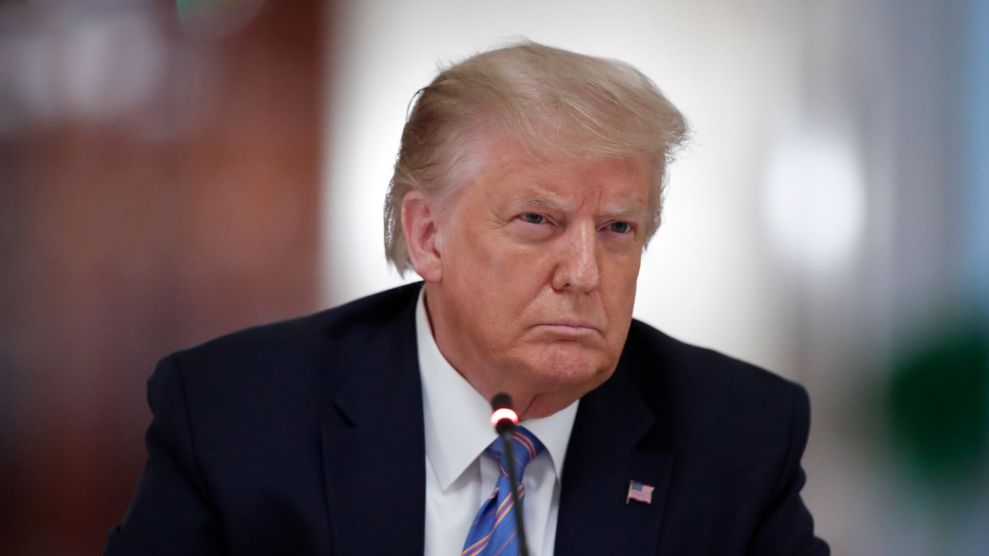 The Supreme Court ruled on Thursday that Donald Trump cannot block his accounting firm from complying with a grand jury subpoena for copies of his tax records, and it separately held that Congress can subpoena Trump’s banks for copies of his financial records. But in both matters the justices kicked the cases back to lower courts to adjudicate other issues concerning the subpoenas, meaning the requests for sensitive Trump financial records won’t be enforced any time soon.

The question of access to Trump’s most closely held financial secrets was brought to the high court earlier this spring via two related cases. The first case involved subpoenas issued by three Democratic-controlled House committees investigating a variety of issues involving the president, including the effectiveness of existing ethics rules (which Trump has claimed do not apply to him like they do to nearly all other federal employees) and foreign interference in the 2016 election. In this case, Trump v. Mazars, the court ruled 7 to 2 that Trump could not block the subpoenas but that lower courts had mishandled earlier rulings, remanding the case back to the lower courts. The opinion was authored by Chief Justice John Roberts.

The second case, Trump v. Vance, concerned a subpoena issued by a grand jury convened by New York Attorney General Cyrus Vance, who is probing hush money payments allegedly made to women Trump conducted affairs with prior to becoming president. In that case, the court likewise ruled 7 to 2, in another opinion written by Roberts, that Trump couldn’t block the subpoena and sent the case back to lower courts to iron out other issues.

Vance’s subpoena to Mazars asks for copies of Trump’s tax returns, while the congressional subpoenas seek records that would include much of the information that would be used in preparing his tax returns—and more, making them potentially more revealing.

Trump sued to block the subpoenas, arguing they amounted to “presidential harassment,” and the cases wound their way to the Supreme Court. The banks and accounting firm have indicated that they would comply with the subpoenas if the courts permit them to release the records.

In the Vance case, Trump’s attorneys argued that there needed to be a “heightened standard” concerning what kind of information could be subpoenaed from a sitting president to help prevent him from being unfairly targeted by partisans. Roberts brushed this concern aside in his decision: “Rejecting a heightened need standard does not leave Presidents with ‘no real protection.’ To start, a President may avail himself of the same protections available to every other citizen.”

While legal scholars debated whether the decisions were a victory for Trump or not—given that his financial records will probably not be made public before Election Day—Trump lashed out on Twitter:

The Supreme Court sends case back to Lower Court, arguments to continue. This is all a political prosecution. I won the Mueller Witch Hunt, and others, and now I have to keep fighting in a politically corrupt New York. Not fair to this Presidency or Administration!

*This is a developing story.