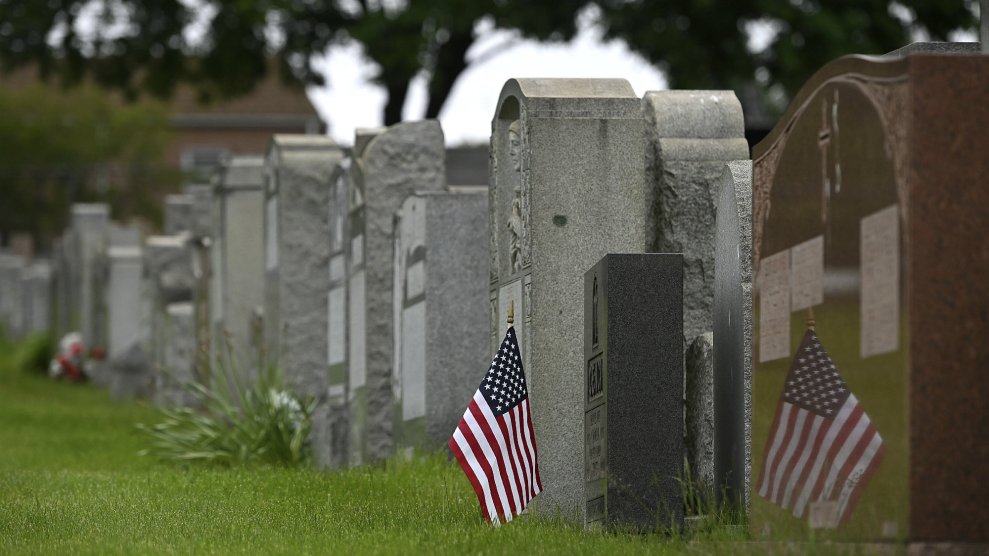 Two stories went viral this week. One was how the New York Times was forced to sue the Centers for Disease Control in order to get data on how the number of coronavirus cases broke down by race. The story provided the facts behind what we already know: COVID-19 is disproportionately infecting and killing people of color across the United States. The other was a Washington Post story about President Trump’s reelection campaign’s plans for finessing the catastrophic mounting death toll from the pandemic. They are apparently counting on the voters experiencing a kind of psychic numbing. They hope Americans will just shrug their shoulders as the mostly Black, Brown, old, and poor bodies pile up around them.

But pay attention, because there are deaths they want you to ignore and deaths they want to make a public spectacle. Next week, the Trump administration intends to open up the federal execution chamber for business after it has been dormant for 17 years. As the government hopes you won’t really notice the deaths that reveal their gross incompetence, they’re seeking to highlight the ones they believe demonstrate what tough leaders they are. “The four murderers whose executions are scheduled today have received full and fair proceedings under our Constitution and laws.” Barr said last month. “We owe it to the victims of these horrific crimes, and to the families left behind, to carry forward the sentence imposed by our justice system.”

But what do we owe to the victims of the president’s mishandling of the coronavirus response?

The President has been public about his affection for the death penalty since 1989, when he took out full page ads calling for execution of the five Black and Latino teenagers who were falsely accused of rape in New York’s Central Park. When he became president, even as executions at the state level declined and public support for it has waned—polling data shows 56 percent of Americans favor the death penalty, down from 80 percent in 1994—Trump pondered imposing the death penalty for drug dealers. For a year, Attorney General William Barr has been trying to revive the death penalty at the highest levels of government, and, after a long legal battle, the pathway was cleared late last month by the US Supreme Court’s refusal to take up the case of several of the federal inmates scheduled to be executed this summer.

Next week, Daniel Lee and Wesley Purkey will be put to death on July 15, and Dustin Honken on July 17. Keith Nelson will be executed next month. Only three people have been executed by the federal government since its reinstatement in 1988. If Trump is successful, his administration will double that number in just one summer.

“Asking hundreds of people from around the country to go to Indiana right now to attend this execution is like asking them to run into a burning building.”

Almost nobody is asking for this. Faith-based groups, mental health experts, criminal justice reform activists, and the family members of the victims are demanding the US government not carry out these executions. Some are citing the pandemic, others their moral opposition to capital punishment. Earlene Peterson, the mother of one of Lee’s victims has also asked Trump, whom she supported in 2016, to halt the execution saying it would not bring her justice. Executions are also exceedingly difficult to socially distance, usually involving prison staff, witnesses, lawyers, even next of kin.

Since March, the only states that have carried out an execution are Missouri and Texas, despite the public health concerns. For some inmates, simply being in prison these days can be tantamount to a death sentence. The coronavirus risk in prisons is heightened for a number of reasons. Crowded conditions make it hard to socially distance, there’s often a lack of hand soap, and hand sanitizer can be considered as contraband. Plus, incarcerated people tend to have more chronic illnesses and health concerns than the general population. And Black and brown people are more likely to be incarcerated than their white counterparts.

Across the country, cases of the virus have dramatically increased, especially in states like Florida, Texas, and Arizona, which reopened early. In Indiana, which is where the federal execution chamber is located, Republican Gov. Eric Holcomb halted plants to fully reopen the state after an increase in hospitalizations. “Asking hundreds of people from around the country to go to Indiana right now to attend this execution is like asking them to run into a burning building,” Cassandra Stubbs, director of the Capital Punishment Project of the American Civil Liberties Union, said in a statement. “We haven’t had a federal execution in 17 years; there is absolutely no reason for the government to rush forward with such a reckless and dangerous plan.”

But there may be a reason hiding in plain site: The Trump campaign’s strategy for a November victory that appears to be predicated on the assumption we will collectively ignore the deaths of the most vulnerable among us actually isn’t that insidious. After all,  it’s what we’ve always done. All of the coronavirus hot spots—nursing homes, communities of color, and prisons in particular—were already places where easy-to-ignore deaths have taken place even when there was not a global pandemic. The racial disparities in health outcomes that were reasons for the mortality of people of color didn’t suddenly happen because of this virus. When the Trump campaign asks you to look away, what they’re really saying is that it is unwilling and incapable of navigating the country to a new normal. Instead, they’d rather just go back to the status quo of not caring at all.

Since George Floyd, a Black Minneapolis man, was killed by a white police officer over Memorial Day weekend, massive protests demanding a myriad of changes, including an overhaul of the criminal justice system, have swept the country. The Trump administration has chosen to dole out the harshest punishment the system has to offer, while people are in the streets decrying the very system that has perpetuated these injustices. The signal this sends—not a dog whistle but a bullhorn—is bad enough. Sending it while also hoping more than 130,000 other deaths will go unnoticed is craven.