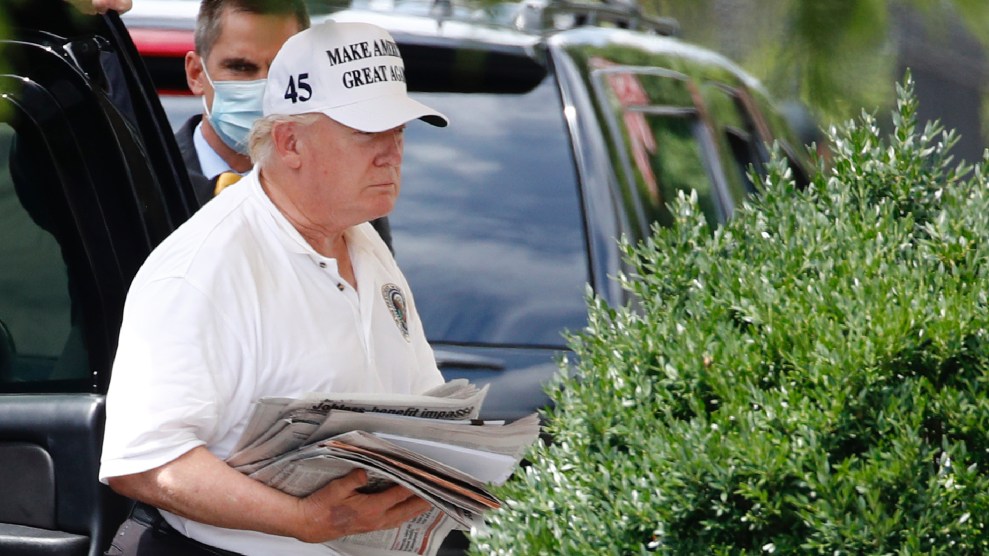 Hurricane Isaias is expected to make landfall sometime tonight near southeast Florida after causing landslides, power outages, and widespread flooding in Puerto Rico, the Dominican Republic, and the Bahamas. There’s still the risk that it strengthens again to a Category 2 storm, and the eastern coast of Florida faces a dangerous storm surge of anywhere between 2 to 4 feet.

This is the exact situation that disaster experts have been dreading from the beginning of the pandemic: A climate disaster while a state is battling an alarming number of COVID-19 cases.

Florida accounts for 10 percent of the country’s COVID-19 cases, with almost half a million cases and already 7,021 deaths. Fifty-one hospitals have run out of ICU beds as the state still is adding another 9,725 new cases on average a day. The hurricane has only contributed more chaos to the equation. State-run coronavirus testing sites have closed on Florida’s eastern coast in anticipation of the storm (originally, the state considered consider closing all of its testing sites before Isaias changed tracks). And hospitals also must plan for the worst. Florida Governor Ron De Santis said he doesn’t “anticipate hospitals needing to evacuate patients.” But one small hospital in Brevard County, which is in the anticipated path of the storm, already has moved its COVID-19 patients. The state has had to stockpile supplies in preparation, including 20 million masks, 22 million gloves, 10 million gowns, 1.6 million face shields, 270,000 coveralls and 20,000 thermometers, while ensuring there are generators for nursing facilities should the power go out.

All the usual rules of disaster response must be reinvented this year. Nothing captures that better than the new language around evacuations. Normally, officials urge residents to evacuate at all costs if they’re told to do so. And while at least two counties are preparing to open emergency shelters, Palm Beach County cautioned, “Residents are strongly urged to shelter in place if safe to do so. It is safer at home. Those utilizing designated shelters will be screened, temperatures taken, and required to wear facial coverings.”

The American Meteorological Society acknowledged the new rules of hurricane season with new guidance on Thursday noting that evacuations and emergency kits will operate differently this year. “Residents may need to use different shelter sites than in previous years, as the capacity of disaster shelters has been reduced due to COVID-19,” AMS said. “Take time now to identify your evacuation zone and destination, and determine the sources from which you would receive evacuation orders.”

The country faces the dueling crises of a public health and climate crises at a level we’ve never experienced before. This is only the start of a season that will witness coasts getting walloped by hurricanes riding higher seas, and blazes in southern California that have forced 200 people to evacuate this week. Extreme heat waves have already resulted in testing sites throughout the country closing or modifying their schedules. The heat even damaged 400 tests in Washington, DC, in June. And the emergency responders with FEMA are already stretched thin by an unprecedented pandemic response, on top of years of budget cuts and staffing shortages at the disaster agency.

As if all this weren’t enough, Florida faces a third threat. And that is the active damage that Trump has done by holding a campaign rally on the Tampa International Airport tarmac on Friday. It was smaller than his usual full-blown rally but a couple of hundred people still gathered, and Trump spoke in front of a line of maskless sheriffs. On Saturday, he was back to his usual schedule: Making his 283rd trip of his presidency to play golf on his own course in Sterling, Virginia.

not exactly an overflow crowd at Trump's speech in Florida pic.twitter.com/uS2o0fptNE