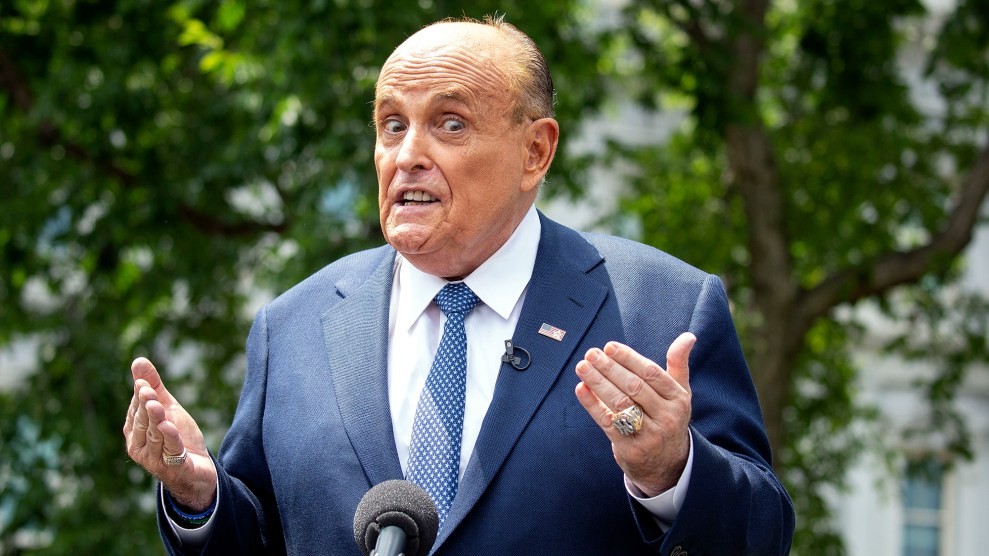 It was an open question what former New York City Mayor Rudy Giuliani would talk about in his primetime address on the fourth and final night of the Republican National Convention. Would he resurrect the debunked charges against Joe Biden that got President Trump impeached? Would he continue to assert that Biden is experiencing a “serious loss of mental function” and “displaying signs of dementia”? Would he just kind of wing it, enthralled by his own wit, until the producers played him off the stage with Oscars music?

No, Giuliani went with option four: arguing that black lives don’t matter to Black Lives Matter. In a convention full of appeals to “law and order,” Giuliani’s appeal stood out for the sheer audacity—an unabashedly pro-cop ex-prosecutor feigning sympathy with the largest mass protests since the civil rights movement, solely for the purpose of tearing it down.

In Giuliani’s telling, the nation had rallied as one after the “unforgivable” killing of George Floyd by Minneapolis police. The problem, he continued, was that it was too unified for liberals—rather than work with Trump and Republicans, “BLM and antifa sprang into action and in a flash hijacked the protests into vicious, brutal riots.” The Black Lives Matter protests were hijacked by…Black Lives Matter? Figure that one out.

But Giuliani went further. He argued that the protests against police violence were, in fact, causing a massive surge in crime across the country. “For President Trump, and for us Republicans, all Black Lives Matter,” he said. He rattled off the names of recent victims of gun violence in cities, he noted, controlled by Democrats. “It has been like this for decades and it’s been controlled throughout by Democrats. In fact, shamefully Obama and Biden did nothing at all to quell the carnage. I guess these Black lives didn’t matter to them,” he said.

Giuliani’s speech wasn’t exactly coherent. He tried to argue that cities were in the midst of a historic crime spike in response to protests (crime is still low by, say, Giuliani-era levels) but also that they’ve always been like this. But mostly it was just a gross permutation of that familiar refrain lodged against critics of police violence—what about Black-on-Black crime? Here was a former mayor who rose to power at the crest of a racist backlash against a Black mayor arguing that the only president to have personally violated the Fair Housing Act cares more about Black lives than the Black people putting their bodies on the line in the streets do. At this point I’m not sure if it’s more depressing if he really believes what he’s saying or if he doesn’t.