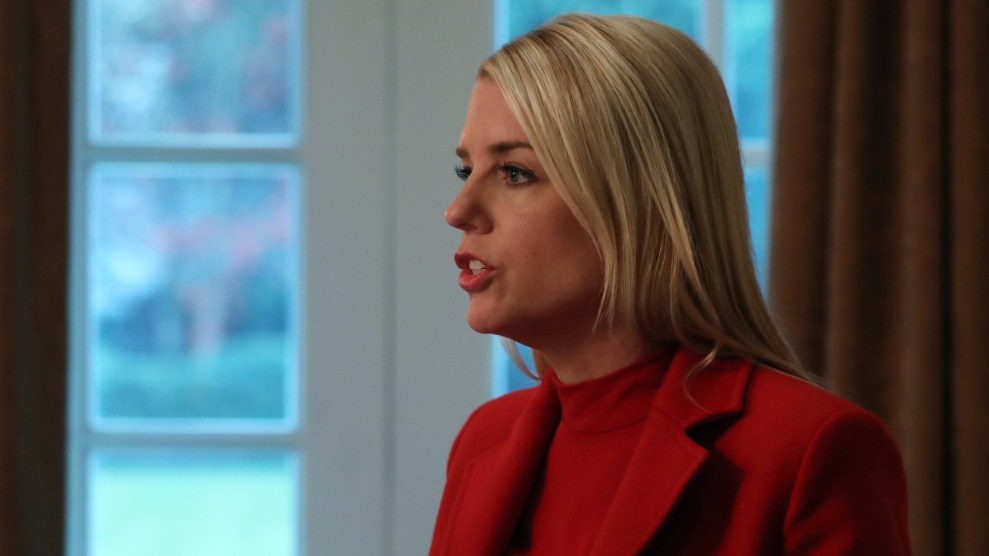 Former Florida attorney general Pam Bondi used her Republican National Convention speech on Tuesday to remind us that she “fought corruption” and knows “what it looks like.”

But what Bondi says she sees as prime political corruption is Joe Biden’s approach to Ukraine under the Obama Administration, which, for those who have been living under a rock, was a robust subject of debate and conspiratorial spin this fall and winter. It also led to the impeachment of Donald Trump, which Bondi surely remembers, given that she represented him during the Senate impeachment trial.

That important context was missing from Bondi’s speech, which falsely restated the essentials of the GOP’s Ukraine conspiracy: that Biden’s son, Hunter, served on the board of an energy company, Burisma, that was under investigation while Biden simultaneously pushed for the ouster of a prosecutor who was looking into that corruption.

As we now know, the investigation into Burisma had long been dormant when Biden pushed for the ouster of prosecutor Viktor Shokin. Contrary to what Bondi and other Trump boosters have claimed, Biden’s opposition to Shokin was based in the prosecutor’s reluctance to pursue corruption cases among Ukraine’s political elite.

The real scandal emerged after Biden left office and Trump, in search of some dirt on a potential political opponent, pressured the Ukrainian president to investigate Biden in connection to Burisma. This abuse of power led to Trump’s impeachment and eventual acquittal in the Senate, where every Democrat and one Republican, Sen. Mitt Romney (R-Utah), voted for his removal from office.

Bondi, of course, mentioned none of those developments, instead repeating another baseless conspiracy that Hunter Biden received an illicit payoff in China. There’s truth to the claim that Joe Biden’s family has profited off of his political rise, but few people are less qualified to spout that accusation than Bondi, who became a national figure through supporting the president, or less qualified to benefit from it than Trump, whose family and businesses have benefited from his presidency.

While running for reelection as Florida attorney general in 2014, Bondi received $25,000 from the Donald J. Trump Foundation. As my colleague Dan Friedman has reported,

“At the time, Bondi’s office said it was considering joining a multi-state lawsuit accusing Trump of fraud over Trump University’s marketing of its seminars on real estate and management. A month later, Bondi announced that Florida would not join the suit. A Florida state prosecutor later said there was no evidence that the donation was an illegal effort to influence Bondi’s action on the case. But the case has dogged her, in part thanks to Trump: As a presidential candidate, he bragged that his big campaign donations made lawmakers ‘do whatever the hell [I] want them to do.”

“Democrats have been lecturing America about integrity for four years while their nominee has been writing the textbook on abuse of power for over 40 years,” Bondi said, seemingly forgetting that Trump was impeached on the charge of abuse of power. “If they want to make this election a choice between who’s been saving America and who’s been swindling America, bring it on.”