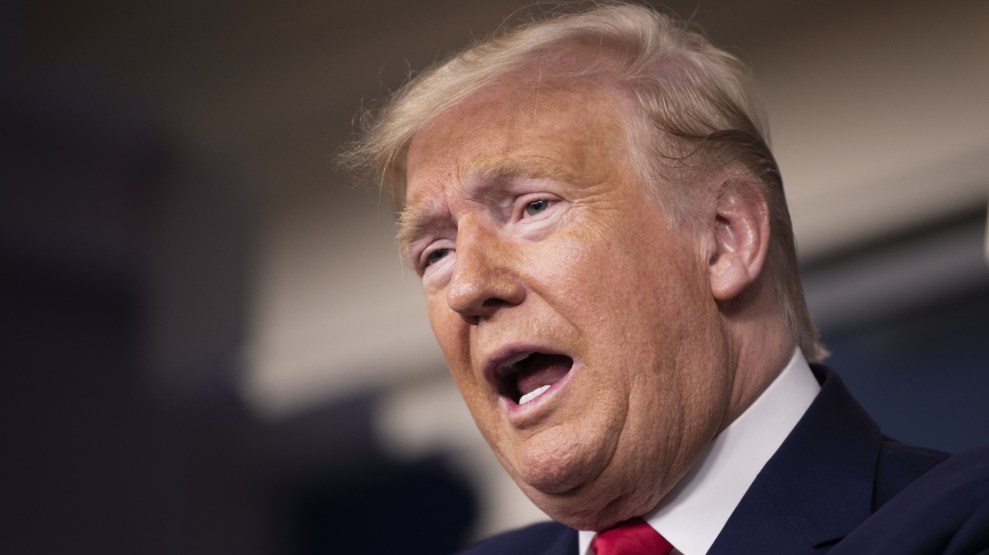 Secretary of State Mike Pompeo formally invoked a provision of the Iran nuclear deal on Thursday that would install “snapback” sanctions on the country through the United Nations. It’s a controversial and legally ambiguous move that has been opposed by most of the deal’s other signatories and, believe it or not, by Trump’s former national security adviser, John Bolton, who has spent decades trying to kickstart a war with Iran.

The action relies on a provision in the Obama administration’s original nuclear agreement to restore sanctions, but whether the United States, which abandoned the deal in 2018, even has standing to trigger one of its provisions is murky at best. The State Department argued in a legal brief that it does, but the United Kingdom, France, and Germany certainly don’t think so. That’s not exactly a surprise, as the countries have been trying to keep the agreement alive since Trump’s exit two years ago and aren’t inclined to let the United States use the deal to its advantage after withdrawing from it.

But it was something of a surprise to hear that Bolton, perhaps the most fervent advocate of a hawkish US stance toward Iran, also thinks Trump’s move is an error. To be sure, Bolton doesn’t necessarily oppose the sanctions as policy or because of their impact on the country and its citizenry, but rather because of the diplomatic maneuvering the administration has to complete to install them. Bolton worries the action will undercut the power of the UN Security Council veto, as he argues in a recent Wall Street Journal opinion piece:

Among the 2015 agreement’s many grievous mistakes was setting a 2020 expiration date on a broad Security Council arms embargo against Iran that specifically enumerates several categories of sophisticated and heavy weapons systems, especially ballistic missiles and their components. There was no reason for Mr. Obama to make this concession except his zeal to make a deal. On Friday the Trump administration tried to extend the council’s embargo, but failed devastatingly; the vote was 2-2 with 11 abstentions; both Russia and China voted no. Approval required nine votes and no vetoes.

The administration had threatened, if the extension failed, to invoke the deal’s “snapback” mechanism and renew all suspended sanctions. Paragraph 11 of Security Council Resolution 2231 provides that a “participant state” in the nuclear deal, asserting “significant non-performance of commitments” thereunder, can force a Security Council vote on snapback within 30 days. That entails a new resolution authorizing the continued suspension of the sanctions, which the U.S. would veto, ensuring that they come back into effect.

The agreement’s backers argue that Washington, having withdrawn from the deal, has no standing to invoke its provisions. They’re right. It’s too cute by half to say we’re in the nuclear deal for purposes we want but not for those we don’t. That alone is sufficient reason not to trigger the snapback process. Why afford any American legitimacy to this misbegotten creature?

Since leaving the Trump administration, Bolton has joined Trump’s Enemies List thanks to the publication of his memoir, The Room Where It Happened, in which he detailed Trump’s bizarre deference to foreign dictators, among other lowlights. Despite Bolton’s beef with Trump, he’s maintained a public appreciation of the administration’s harsh stance toward Iran, making his latest criticism all the more notable. After Trump ordered the assassination of a high-ranking Iranian general in January, Bolton tweeted “congratulations” to “all involved” in the killing and added, “Hope this is the first step to regime change in Tehran.”

“When even John Bolton thinks what you’re doing is too far, that really says something,” Stephen Miles, executive director of the anti-war advocacy group Win Without War, told me. “This whole absurd effort proves just once more than maximum pressure is a maximum failure.”

The traditional European allies who usually remain in lockstep with the United States on foreign policy matters have long since given up on Trump. Within minutes of Pompeo’s declaration on Thursday that the US was triggering new sanctions, Germany, France, and the UK had all sharply denounced it in a shared statement that questioned its legality under the nuclear deal. With no clear mechanism to resolve the dispute, it’s unlikely the UN will ever restore the sanctions requested by Pompeo.

The international community’s uniform opposition to the “snapback” procedure “says a lot about the world status of the US today,” Gérard Araud, former French ambassador to the United States, tweeted. Pompeo, meanwhile, noted that the UN Security Council had “failed to hold Iran accountable,” so today, “America will correct these errors.”