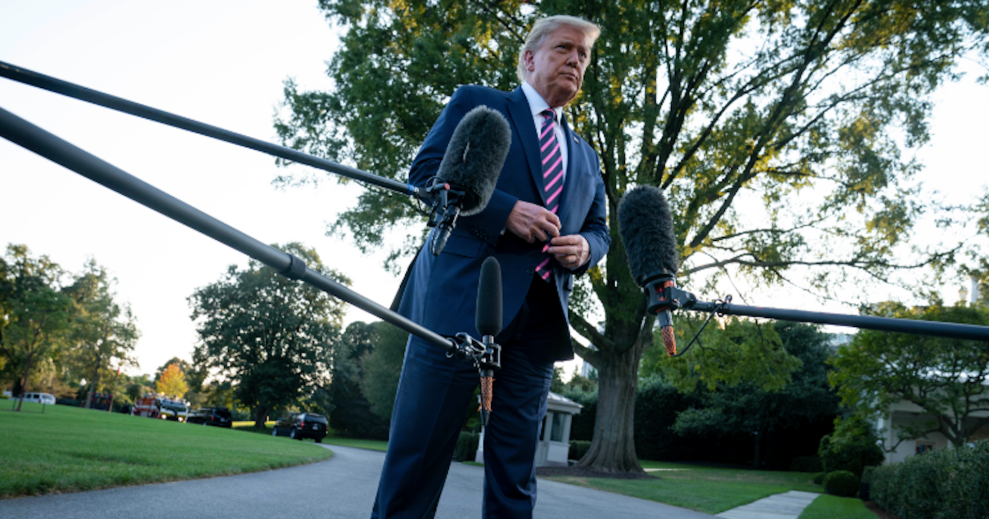 $750. As a blockbuster investigation from the New York Times revealed on Sunday, that’s how much President Trump paid in federal income taxes in 2016 and then again in 2017 during his first year in the White House. The report, which relied on more than two decades of tax-return records, yielded a number of explosive findings, including the staggering losses endured by Trump’s businesses and clear evidence that those businesses are directly profiting from his presidency.

But amid the avalanche of takeaways, somehow the $750 figure has gained special power as a convenient shorthand for exactly how corrupt this president is. For many, including myself, it landed sharply after endless exposure to the scandals and abominations that flow daily from Trump’s White House. The precision of this number was strangely even more appalling than the investigation’s other striking revelation that Trump paid no federal income taxes at all in ten of the previous 15 years.

That’s because average Americans simply know what $750 looks like. Maybe it’s substantially less than what you’ve been paying in taxes as an entry-level journalist fresh out of college with significant loans. It might be the exact amount you’re shelling out for a tax adviser to correct a mistake made during the same year you earned a $31,000 salary. It’s certainly cheaper than the cheapest rent I ever paid to live in New York—$800—and that was while still attending college and racking up student debt in 2009.

While a number like zero—the amount Trump paid in federal income taxes for a decade—risks sagging into sheer incomprehensibility, $750 is familiar and enraging. It also encapsulates the hypocrisy of a political ideology that demeans low-income Americans as the perpetrators of institutional theft, when in fact, it’s the Republican president that appears to bilk the system, through his personal finances and the implementation of a self-serving tax reform plan. Meanwhile, the Trump administration cavalierly issues dramatic cuts to SNAP, the critical food assistance program where the average beneficiary receives about $125 a month to afford meals priced at $1.39.

Such comparisons, which have flooded social media, all illustrate varying degrees of injustice. But they also point to a potentially powerful rallying call as the country careens toward the likely nightmare of a chaotic November election. Democrats have already pounced on the $750 figure—Rep. Alexandria Ocasio-Cortez slammed the president as a “walking scam—and the Times report is all but certain to play a prominent role during the first presidential debate on Tuesday.

But some have questioned whether the new findings, as damning and reprehensible as they are, will make a dent with voters. After all, abundant evidence of Trump’s relentless corruption already existed. That cynicism may risk ignoring a significant portion of the electorate—as much as 11 percent of eligible voters—who remain undecided less than 40 days till an election that could very well “break America.” As Trump and his Republican allies rely on a conservative Supreme Court, virulent conspiracy theories, and ballot obstacles to deliver his victory, what better way to cut through that toxic morass than a clear cut shorthand that sums up nearly everything wrong with him? At the very least, Trump’s apparent tax scam is an explosion more than a crack to eviscerate the narrative that our president is a self-made man—if, that is, you still believe that sort of thing.