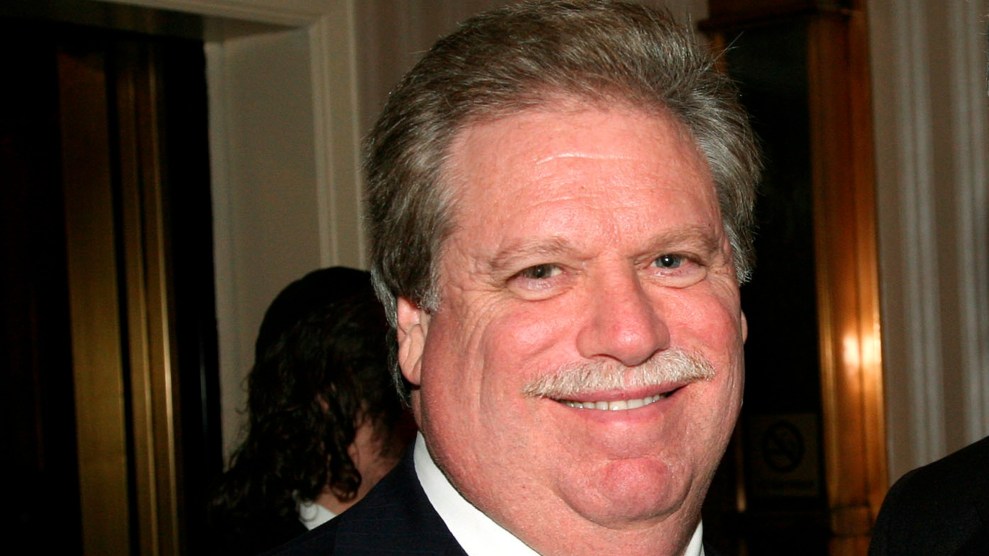 Federal prosecutors in Washington, DC, on Thursday unsealed charges against Broidy, the owner of an investment fund and a defense intelligence company, for illegally lobbying the Trump administration to drop an investigation into the embezzlement and laundering of $4.4 billion from a Malaysian state investment fund known as 1MDB.

The single charge against Broidy comes after years of reports that federal law enforcement was investigating Broidy’s efforts to pursue business in various countries—including Romania, Angola, the United Arab Emirates, and elsewhere—while he was also helping officials from those states gain access to the Trump administration. Broidy has long maintained that he did not sell his access to Trump to foreign entities seeking favors from the administration. By pleading guilty, Broidy may have avoided additional federal charges.

Broidy, prosecutors say, agreed to accept an $8 million retainer from Jho Low, a Malaysian businessman who allegedly orchestrated the looting of the 1MDB fund and then laundered stolen money through an array of investments, including a Hollywood production company. According to federal filings and people involved in the scheme, Low hired Broidy as part of a complex plan that also involved Pras Michel, the musician and former member of the Fugees, and Nicki Lum Davis, a GOP fundraiser who also pleaded guilty in August to violating foreign lobbying laws for her role in the scheme. Broidy in 2017 employed Rick Gates, the former Trump deputy campaign chair who later became a key cooperating witness in special counsel Robert Mueller’s probe, as a consultant. Both Gates and Broidy allegedly pressed White House officials in 2017 to arrange for Malaysian Prime Minister Najib Razak to play golf with President Donald Trump. Broidy hoped Najib would use the setting to convince Trump to tell the Justice Department to end its 1MDB investigation, federal filings say. The round of golf between the men never occurred, though Najib did meet with Trump in September 2017.

Gates and Michel are not named in the filings, but others involved confirmed their identities. Gates appears to have provided prosecutors with information related to the case and is not charged with any wrongdoing in the matter.

Prosecutors also say that Low arranged a May 2017 meeting in China between Broidy, Davis, Michel, and a senior Chinese official, who sought their help advocating for the deportation from the US of Guo Wengui, a billionaire who became a vocal critic of the Chinese Communist Party after fleeing China in 2014. Guo later hired Steve Bannon, Trump’s former campaign chief, to help mount a campaign against Chinese leaders, who he says are corrupt. After the meeting, Broidy, again assisted by Gates, allegedly lobbied the Justice Department to extradite Guo to China, where he faces various charges he claims are politically motivated. Broidy also contacted Trump administration officials, including Trump himself, about the matter. Prosecutors say that Broidy’s lobbying for Guo’s extradition was “at least in part” a result of payments he received from Low.

A Broidy spokesperson declined to comment on the charges on Thursday.