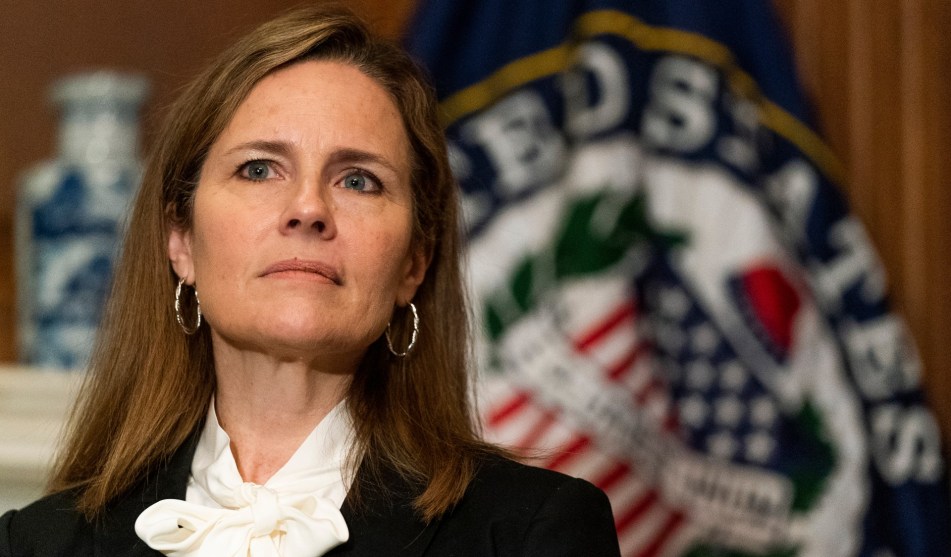 When President Donald Trump announced that 7th Circuit Court of Appeals Judge Amy Coney Barrett was his nominee to fill the seat on the Supreme Court vacated after the death of Justice Ruth Bader Ginsburg, White House Press Secretary Kayleigh McEnaney referred to her as a “Rhodes scholar.”

This, of course, suggests that Barrett was one of a handful of brilliant young college graduates who received the prestigious and highly competitive fellowship to study at Oxford University in England. Notable recipients include Senator Corey Booker (D-N.J.), former Democratic presidential hopeful Pete Buttigieg, and MSNBC host Rachel Maddow.

But last week, more than 1,500 people who describe themselves as “proud Rhodes alumni” sent a strong letter of protest to Hass, outlining their concerns about Barrett’s nomination. The three-page letter frames their objections to Barrett’s record and the way her nomination has been handled as being “diametrically opposed to the values of truth, loyalty, and service” that are emblazoned on the college seal.

“[D]espite the respect that many of us hold for her intellect, and even the friendship that may of us held or continue to hold with her, we are firmly and passionately opposed to her nomination,” the letter states.

In the category of “Truth,” the authors express concern about her obfuscation “when it was convenient for the advancement of her judicial career, about issues central to the personal autonomy of Rhodes alumni. This is particularly true of issues related to Rhodes LGBTQ and female alumni.” They describe her avoidance of direct questions concerning challenges to the foundational 1973 abortion rights decision Roe v. Wade and her association with an anti-LGBTQ organization, the Alliance Defending Freedom. “[W]hen confronted with facts about ADF’s past advocacy against LGBTQ people around the world,” the letters notes, “Judge Barrett, in her 2017 Senate confirmation hearing, attempted to deflect questions about it.”

She does no better when it comes to loyalty, the writers state, pointing to Barrett’s insistence after the death of her mentor, Supreme Court Justice Antonin Scalia, that “it would be inappropriate for a Democratic nominee to replace the ultra-conservative Scalia in an election year because it would ‘dramatically flip the balance of power’ on the Court.” No such lofty standard appears to have held her back regarding her own nomination less than two months before the 2020 presidential election.

Finally, she “also fails the test of Rhodes values when it comes to service.” This was the most extensive area of concern, focusing on her decisions as a 7th Circuit judge concerning the Affordable Care Act, the rights of a Yemeni immigrant seeking a visa to the US, her dissent from an opinion concerning a defendant’s right to counsel, “when his attorney was not permitted to speak during a pre-trial hearing,” and her tendency to favor corporate interests over those that protect the public.

Rhodes president Hass responded to the letter and encouraged “all members of the Rhodes community to rise to this moment with courage and to speak, act, and vote in the service of justice. I hope that your letter—as well as the support, dissent, and attention it has generated—serves as a spur for robust engagement with the political process. We expect nothing less from our alumni.”