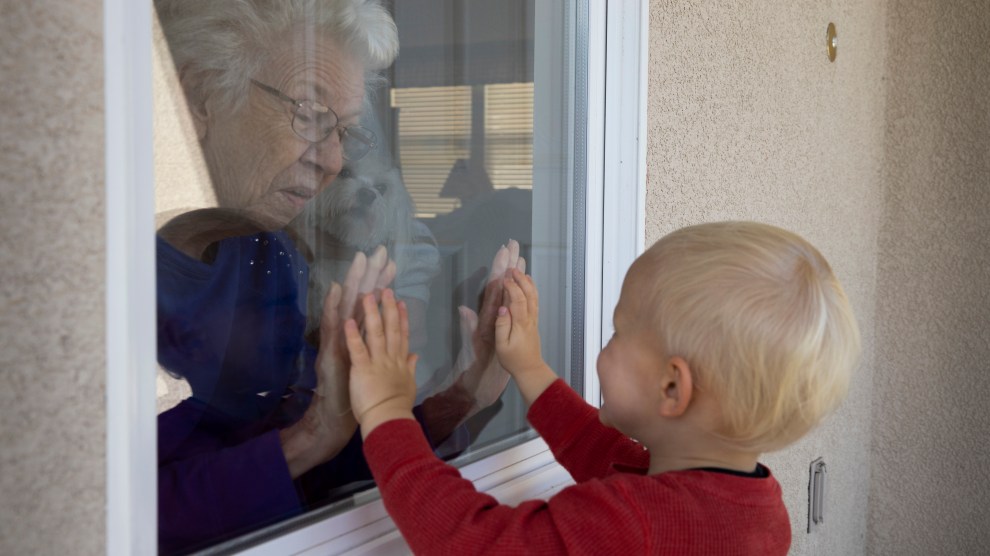 In the last few weeks, you may have heard mention of a document called the Great Barrington Declaration, which lays out a plan for a return to normal life amidst the pandemic. Written by three prominent physicians and signed by dozens of doctors, scientists, and researchers, the document seems sensible enough: The authors’ strategy, which they call “focused protection,” advocates for protecting the elderly and people with conditions that make them more likely to have a severe case of COVID-19—while allowing the young and healthy to return to business as usual, including concerts, sports events, and other large gatherings. The authors make a social justice case for their idea: “Adopting measures to protect the vulnerable should be the central aim of public health responses to COVID-19,” they write.

“The rest of the people in their field are looking at them aghast.”

The declaration has been shared widely in liberal circles: The ultra-left magazine Jacobin, for example, endorsed the idea in a Q&A with one of the authors, Martin Kulldorf. “Poor households have borne a disproportionate share of the pandemic’s hardship,” Jacobin’s introduction says. “We need to urgently fight for a more just society.”

Sounds great, right? Just one problem: The vast majority of infectious disease physicians, virologists, and epidemiologists don’t support it—and in fact, most of the scientific community believes that this approach will actively hurt vulnerable people rather than protecting them. “The authors are well known people in public health, but they don’t represent anything like a consensus view about how to approach COVID,” Yale University epidemiologist Gregg Gonsalves told me. “The rest of the people in their field are looking at them aghast.” Indeed, the public health community has swarmed to point out the many problems with the Great Barrington plan, and many have also called out Jacobin for promoting it.

Gonsalves, who wrote a critique of the document in The Nation, noted that the document starts with a flawed premise—that we’d only need to isolate a select few elderly and at-risk members of society. The Centers for Disease Control and Prevention estimate that 40 percent of Americans have a condition that puts them at risk for severe COVID-19. “We haven’t even been able to protect people in nursing homes,” says Gonsalves. “Now these people are saying let’s open up and we’ll somehow shield the vulnerable? It’s a recipe for disaster.”

At its core, the approach that the Great Barrington Declaration recommends is a gussied-up version of herd immunity, the epidemiological concept that once enough people in a population develop antibodies to a disease, it fades away because there aren’t enough hosts left to sustain it. It may seem like an appealing idea, but as epidemiologist and dean of the Rutgers University School of Public Health Perry Halkitis told me, the herd immunity approach demands that we sacrifice lives in order to get to our goal of jumpstarting the economy. Most likely, he said, the lives that we’d sacrifice would be the very ones that the document claims to protect. The authors claim that they’re protecting vulnerable people “feels disingenuous to me,” he said. “It doesn’t account for the fact that the more you engage people in auditoriums or stadiums—well people work there, and they’re working class people, and those people are vulnerable.”

The Great Barrington Declaration’s market-first philosophy makes sense when you consider its source: The document was created at a meeting of the American Institution for Economic Research, a libertarian-leaning think tank. The group’s mission statement says it “envisions a world in which societies are organized according to the principles of pure freedom—in which the role of government is sharply confined to the provision of public goods and individuals can flourish within a truly free market and a free society.” Over the last few weeks, the creators of the document have met with White House coronavirus advisor Scott Atlas, Health and Human Services secretary Alex Azar, and Florida Governor Ron DeSantis, all of whom have vociferously advocated against social distancing measures during the pandemic.

These Scientists Have A Controversial Plan For “Herd Immunity” — And The White House Is Listening https://t.co/7raqvSSTgJ via @stephaniemlee

We’re close to a turning point in the virus: Vaccines will arrive sometime in the next year, and when they do, they’ll put us on a much safer course toward ending the pandemic. “We’ll get herd immunity, but let’s do that with a vaccine, not by sacrificing people,” said Halkitis. “It’s not 1918, for God’s sake.” In the meantime, both Halkitis and Gonsalves agreed that it would be dangerously unwise to follow the Great Barrington Declaration’s advice. “The idea that you can keep outbreaks among the young away from the elderly is ridiculous,” says Gonsalves. “They can spin it however they like, but they don’t really have a plan—it’s grotesque, and it borders on eugenics.”