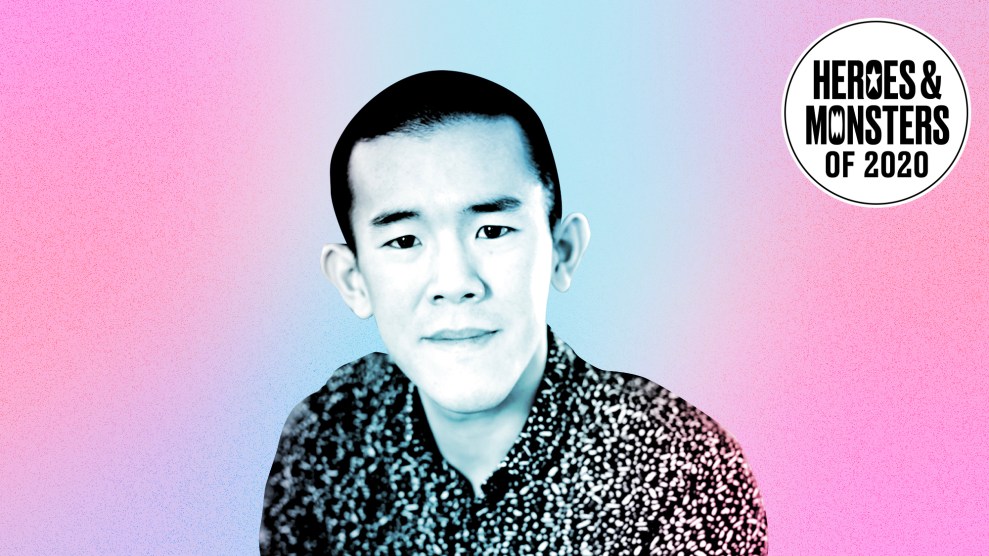 There was a point for all of us, somewhere near the beginning of the pandemic, where we said to ourselves, oh shit.

One of my first oh-shit moments arrived after reading Ed Yong’s sobering feature, “How the Pandemic Will End,” in the Atlantic in March. The coronavirus, Yong wrote, was “unlikely to disappear entirely,” and he explained that it was possible that “COVID-19 may become like the flu is today—a recurring scourge of winter.”

I repeat: Yong wrote this in March. The day it published, the United States had so far detected around 68,000 cases of COVID-19 and documented less than 1,000 deaths, according to the CDC. In the days ahead of its publication, California became the first state to mandate its citizens stay home; Dr. Anthony Fauci, director of the National Institute of Allergy and Infectious Diseases, said that Americans would likely need to socially distance for “at least several weeks”; and President Donald Trump said he wanted to have the country “opened up and just raring to go by Easter.” While the rest of the country simmered in uncertainty, Yong’s piece was a wake-up call. (And let’s not forget, of course, that Yong basically predicted the pandemic—and warned how unprepared we’d be for it—back in 2018 and 2016, respectively.)

I apparently wasn’t alone in my shock about the story’s findings. The piece was shared by the likes of Barack Obama, Rep. Adam Schiff (D-Calif.), and even Catfish star Nev Schulman. While I can’t tell from the outside how many people read Yong’s piece, Atlantic editor-in-chief Jeffrey Goldberg cited Yong’s work, among that of others, in bringing a surge of 36,000 new subscribers in March, along with 87 million unique visitors to their website, Nieman Lab reports. “We have never, in the 163-year history of this magazine, had an audience like we had in March,” Goldberg reportedly wrote in an email to staff.

Over the next nine months, Yong, already one of the country’s best science writers, would emerge as a leading coronavirus communicator, writing about masks, immunology, and the state of COVID research, among other areas. The guy was churning out Atlantic feature stories like they were free samples at Trader Joe’s. (Check out his most recent cover story, “How Science Beat the Virus,” here.) As much of the media clumsily figured out how to responsibly and accurately report on the ever-moving target that is the coronavirus, he delivered sharp and potentially life-saving information and analysis. As an early-career science journalist a few years out of college, I felt like a gnat watching an Olympic gymnast.

Even before this year, I was mildly obsessed with the award-winning writer for his articles on odd-ball topics like milk-producing spiders, toxic hippo poop, the history stored in whale earwax, and the wonders of hagfish slime (!?). The stories were accessible, fresh, and, from what I could tell, founded on a love of science. The pandemic only solidified my admiration for what I’ve at least dubbed in my internal monologue as “Yong-form journalism.”

Let me give you a specific example. This paragraph—about false-positive rates in early antibody testing from his April article “Why the Coronavirus Is So Confusing”—made my little nerd heart flutter:

False positives are a problem, too. Many companies and countries have pinned their hopes on antibody tests, which purportedly show whether someone has been infected by the coronavirus. One such test claims to correctly identify people with those antibodies 93.8 percent of the time. By contrast, it identifies phantom antibodies in 4.4 percent of people who don’t have them. That false-positive rate sounds acceptably low. It’s not. Let’s assume 5 percent of the U.S. has been infected so far. Among 1,000 people, the test would correctly identify antibodies in 47 of the 50 people who had them. But it would also wrongly spot antibodies in 42 of the 950 people without them. The number of true positives and false positives would be almost equal. In this scenario, if you were told you had coronavirus antibodies, your odds of actually having them would be little better than a coin toss.

It’s not especially elegant prose, or deeply investigative, but it’s instructive, clear, digestible. It doesn’t underestimate nor overestimate the intelligence of readers. And it transforms a relatively complex topic into something one might bring up at a dinner party among friends (okay, okay, at least with my friends). And that’s what science writing is all about.