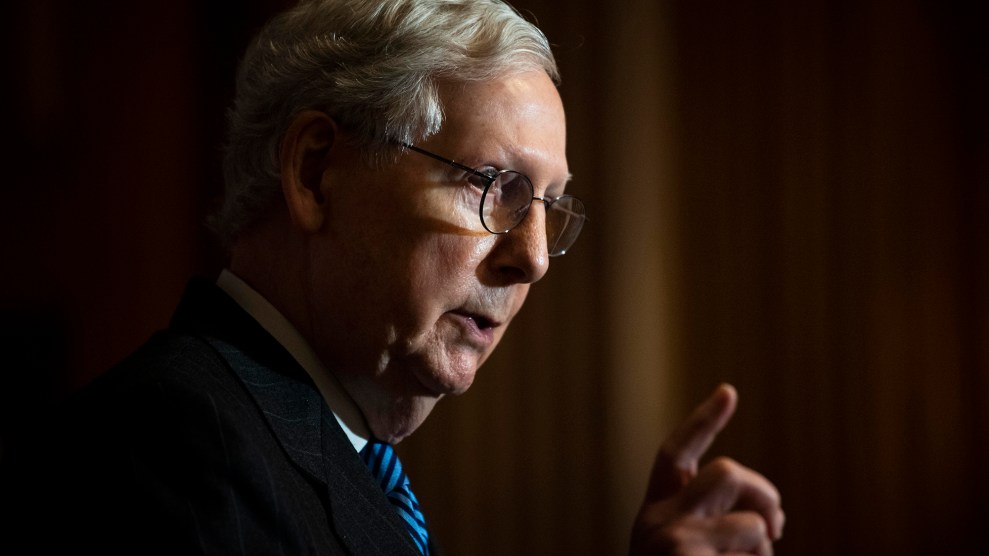 Calling it “the most important” speech of his entire political career, Senate Majority Leader Mitch McConnell on Wednesday ripped into President Donald Trump’s effort to steal the election, warning that if successful, it would send American democracy into a “death spiral.”

BREAKING: Senate Majority Leader Mitch McConnell: "We cannot simply declare ourselves a national board of elections on steroids. The voters, the courts, and the states have all spoken…If we overrule them, it would damage our republic forever." https://t.co/Y6Ixt5iEny pic.twitter.com/Ael1H9uh6e

The Kentucky Republican delivered his speech to the Senate not long after Texas Sen. Ted Cruz and a group of 60 House Republicans formally challenged the counting of Arizona’s electoral votes during a joint session of Congress. McConnell noted that he had supported Trump’s right to pursue election-related lawsuits, but that the legal system had delivered its verdict. “The courts rejected these claims, including all-star judges whom the president himself has nominated,” he said.

GOP lawmakers, such as Sen. Josh Hawley of Missouri, have said they are objecting to the counting of electoral votes from select states because of the concerns their constituents have about how the elections in those states were run. McConnell pushed back.

“The doubt itself was incited without any evidence,” he said. There was no wide-scale fraud—no malfeasance of the sort that would have had any impact on the outcome. Nor was the election remarkably close. The Electoral College margin, he added, was “almost identical to what it was in 2016.”

The objecting senators, McConnell charged, wanted to “declare ourselves a national board of election on steroids,” and from that there would be no return. “We’d never see the whole nation accept an election again,” he said. “Every four years it’d be a scramble for power at any cost.”

McConnell, as other Republicans have done, tried to let Trump down as easily as he could—he blamed Democrats for poisoning the well by calling Trump’s 2016 election illegitimate, and called for a rollback of pandemic-driven rules that made it easier to vote. This was still Mitch McConnell, after all.

And McConnell made clear that he didn’t really have a problem with Trump attempting to overturn the results of a democratic election, so long as he confined that fight to the legal system. In objecting to the objectors, he was doing nothing more than the bare minimum required by his job—choosing to operate inside the constitutional framework rather than (as a stunning number of his colleagues have chosen) abandoning it entirely. But if there’s one lesson from the last few months, it’s that you can’t take even that for granted these days.

“Congress will either override the voters, overrule them—the voters, the states, and the courts—for the first time ever,” McConnell said, “or honor the voters’ decision.” Count him in the second camp.