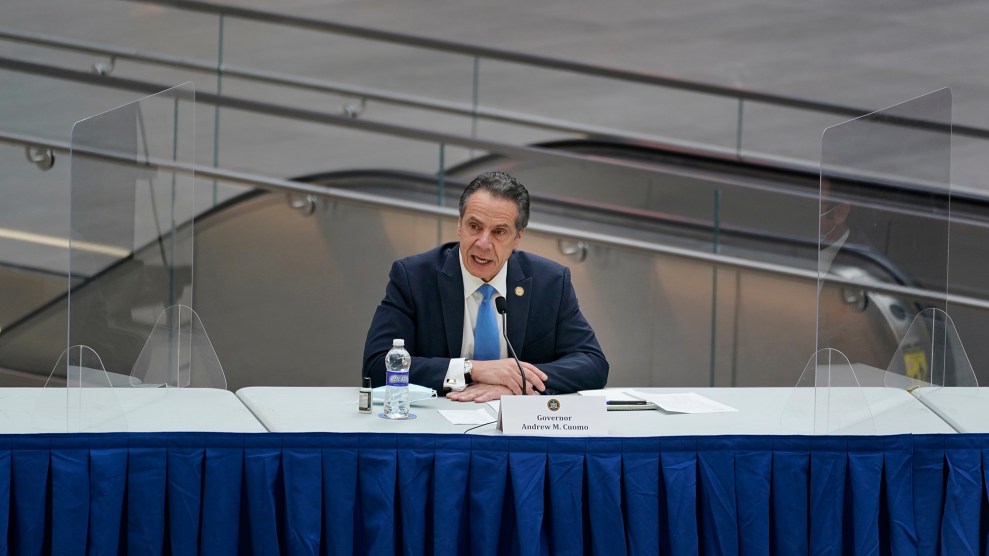 New York joined  California, Texas, and Florida, as the only other states to surpass 1 million cases, as the nationwide total of coronavirus cases hit 20 million on New Year’s Day. Experts are anticipating those numbers to spike after travel and gatherings over the Christmas and New Year’s holidays.

It’s likely, however, that the total number of cases and deaths is even higher given the scarcity of testing in the spring when available tests were sparse and the spread of the pandemic in the US was just beginning.

On ABC’s This Week, leading infectious disease expert Dr. Anthony Fauci told moderator Martha Raddatz that he did not expect coronavirus deaths to reach such heights. “But, you know, that’s what happens when you’re in a situation where you have surges related to so many factors,” he said, “inconsistent adhering to the public health measures, the winter months coming in right now with the cold allowing people or essentially forcing people to do most of their things indoors as opposed to outdoors.”

President Donald Trump had claimed that the numbers from the Centers for Disease Control of those who had been infected by COVID were “exaggerated.” But on CNN’s State of the Union, US Surgeon General Dr. Jerome Adams said, “From a public health perspective, I have no reason to doubt those numbers.”

Even with the initial rollout of a vaccine, it’s unclear when the spread of cases will slow. The Trump administration has been criticized for bungling vaccine distribution. The Centers for Disease Control and Prevention (CDC) said on Saturday morning that it administered 4,225,756 first doses and has distributed 13,071,925 doses throughout the country, which is a far cry from Trump’s September promise of 100 million doses created and 20 million doses administered by the end of 2020.

Many doses are set to expire by the end of January, without a clear plan of accelerating vaccinations to avoid this. Regardless, the numbers are an improvement from the only 2.1 million doses that had been administered as of Dec. 30.

Trump claimed on Sunday, without citing evidence, that vaccines “are being delivered to the states by the Federal Government far faster than they can be administered!”

Cuomo didn’t address New York’s surpassing one million cases directly in a statement on Saturday but encouraged New Yorkers to remain steadfast in taking precautions to slow the spread of the disease.

“As daunting as it may seem after all this time, it’s critical that the rest of us remain tough and keep up our efforts to slow the spread,” Cuomo said. “We’ve already come so far and we will finally reach that light at the end of the tunnel if we all just do our part.”