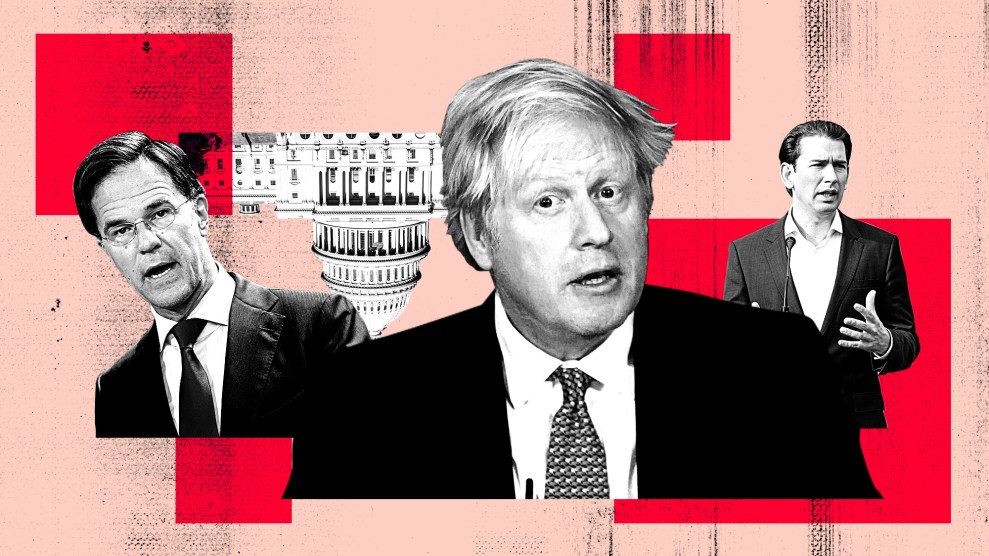 On Wednesday, images of shocking violence and chaos perpetrated by President Donald Trump’s supporters—and instigated by the president himself—that interrupted the joint session of Congress meeting to certify the Electoral College vote, traveled the world. As crowds of insurrectionists invaded the United States Capitol forcing members of Congress to be evacuated, a number of foreign leaders and politicians expressed reactions ranging from disbelief to concern and condemnation.

One of the first public responses came from Turkey, which invited “all parties in the US to use moderation, common sense to overcome this domestic political crisis,” according to the state-run news agency Anadolu. Turkey’s Parliament Speaker Mustafa Sentop also went on Twitter to say: “We follow the events in the USA with concern and invite the parties to calmness. We believe that problems will always be solved within law and democracy. As Turkey, we have always been in favor of the law and democracy and we recommend it to everyone.” (This is a characterization that some human rights’ activists familiar with repression under Turkey’s president Recep Tayyip Erdogan may dispute.)

In a statement shared by Foreign Minister Jorge Arreaza, the Venezuelan government didn’t miss the opportunity to point out that “with this pitiful episode, the US is suffering exactly what it has caused in other countries with its aggressive policies,” and to wish that “the US people will finally be able to find a new path towards stability and social justice.”

BREAKING — Turkey is concerned by the unrest in Washington DC where the protestors raided the US Capitol.

“We call all parties to exercise restrain and to be calm. We believe that the US will overcome this crisis.”

“We call our citizens to avoid crowded areas”

British Prime Minister Boris Johnson called the scenes in the US Congress disgraceful and described a “peaceful and orderly transfer of power” as “vital.” His counterpart in the Netherlands took it a step further and asked “Dear” Donald Trump to recognize Joe Biden as the next president today. Jeremy Hunt, a member of the British Parliament, criticized Trump for shaming American democracy and causing “its friends anguish.”

The former Prime Minister of Italy, Enrico Letta, called the events a coup d’état, adding that the rest of the world should treat it as such. In Ireland, the Minister for Foreign Affairs Simon Coveney called what happened “a deliberate assault on Democracy by a sitting President & his supporters” to overturn a fair election. “The world is watching,” he tweeted.

Disgraceful scenes in U.S. Congress. The United States stands for democracy around the world and it is now vital that there should be a peaceful and orderly transfer of power.

In the US there’s a #golpe attempted by #Trump. The rest of the world has to treat it as it is. A coup d’état.

From Germany, Foreign Minister Heiko Maas, who in November said, “America is more than a one-man show,” tweeted that the enemies of democracy would be delighted with the images and that “the disdain for democratic institutions is devastating.” Spanish Prime Minister Pedro Sánchez said he was following with concern the events in Washington, but expressed confidence that President-elect Biden “will overcome this time of tension, uniting the American people.”

Australian Prime Minister Scott Morrison condemned the acts of violence, and said he looked forward to “a peaceful transfer of Government to the newly elected administration in the great American democratic tradition.”

Shocked by the scenes in Washington, D.C. This is an unacceptable assault on democracy. A peaceful and orderly transfer of power must be ensured.

Other influential international figures to comment on the state of domestic affairs in the US include the European Union High Representative Josep Borrell, who stated that this is an “unseen assault on US democracy” and called for the election results to be respected, and NATO Secretary General Jens Stoltenberg, who described the scenes as “shocking.”

Also on Twitter, Denmark’s Foreign Minister Jeppe Kofod described the events as “highly disturbing” and “unpleasant,” while France’s Minister of Europe and Foreign Affairs Jean-Yves Le Drian condemned the violence against American institutions as an attack against democracy. “The will and the vote of the American people must be respected,” he tweeted.

Meanwhile, some of Trump’s closest allies abroad like far-right Brazilian President Jair Bolsonaro and Russia’s Vladimir Putin have remained silent. And on the front page of the Times in the UK on Thursday: