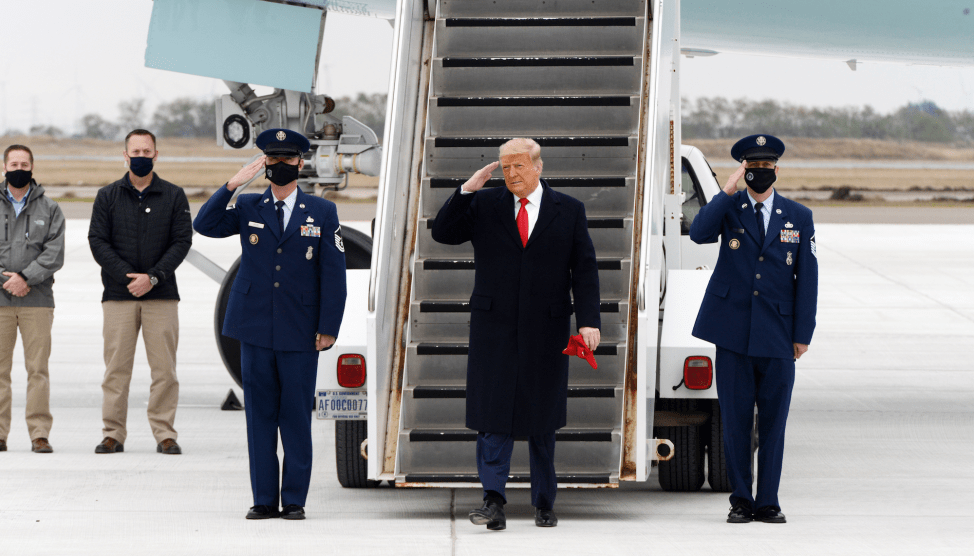 Good morning, and welcome to the second impeachment of President Donald Trump.

More Republicans are coming out in support of impeachment ahead of today’s House vote on the charge that the president incited the violent insurrection that stormed the Capitol exactly one week ago. In a statement explaining her decision, Rep. Liz Cheney (R-Wyo.), the most powerful Republican so far to publicly join Democrats in the push for Trump’s removal, excoriated the president’s conduct as the greatest “betrayal by a President of the United States of his office and his oath to the Constitution.” That comes hours after the New York Times reported that Mitch McConnell privately believes Trump has committed impeachable offenses and could also be on board.

Wednesday’s vote, which is widely expected to pass, would make Trump the first president in US history to be impeached twice. Follow along for the latest on the historic proceedings:

6:30 p.m. ET: Trump, who is permanently banned from Twitter, released a video statement through the White House account finally condemning last week’s violence on the Capitol—and admitting no fault of his own.

The president—who still receives constant media coverage, holds press conferences, accesses the White House Twitter account, and can utter just about whatever he wants as long as it doesn’t constitute hate speech, a threat, or a disturbance of the peace—concluded by implying that the banning of his Twitter account constituted an infringement of his First Amendment rights. “The efforts to censor, cancel, and blacklist our fellow citizens are wrong, and they are dangerous,” he said. “What is needed now is for us to listen to one another, not to silence one another.” These calls for unity come off a little hollow after Trump incited a mob because he couldn’t admit that he lost an election.

4:45 p.m. ET: It’s official: Trump has been impeached for the second time.

3:55 p.m. ET: The House is voting on the impeachment resolution. It should take a while, since dozens of representatives have requested proxy votes.

2:00 p.m. ET: Rep. Cori Bush (D-Mo.), whom my colleague Kara Voght profiled in July, called out Trump’s racism—only to be met with boos from House Republicans.

Rep. Cori Bush (D-Mo.) says “the first step” in rooting out white supremacy in our government is “impeaching the white supremacist in chief.”

She was met with boos from her majority white, House Republican colleagues. pic.twitter.com/2zAzGY6ry8

1:30 p.m. ET: Rep. Jamie Raskin (D-Md.), who helped draft the article of impeachment the day after his late son’s funeral, gave an impassioned speech about the danger of the mob that stormed the Capitol last week—and the futility of trying to appease them.

“Smashing windows and beating police officers over the head with fire extinguishers, a bloodthirsty mob attacked the Capitol and invaded this Congress last Wednesday,” he said. “It’s a bit much to be hearing that these people would not be trying to destroy our government and kill us if we just weren’t so mean to them.”

Pelosi: "The President of the United States incited this insurrection, this armed rebellion, against our common country. He must go. He is a clear and present danger to the nation that we all love." pic.twitter.com/LiBO33VhSO

11:45 a.m. ET: Pelosi takes a moment to thank National Guard troops who have been deployed around the Capitol.

Nancy Pelosi thanks the National Guard for protecting the U.S. Capitol.

Pelosi just went outside and thanked the troops protecting the Capitol, and game them all her challenge coin: pic.twitter.com/VbOhyFxcVj

11:00 a.m. ET: Meanwhile, CNN is reporting that Trump is escalating his discussions for a preemptive pardon for himself and his children in the wake of last week’s pro-Trump riot.

9:30 a.m. ET: Rep. Jim McGovern kicked off the morning with a powerful speech.

Rep. Jim McGovern: "We are debating this historic measure at an actual crime scene and we wouldn't be here if it weren't for the President of the United States." #ImpeachmentDay pic.twitter.com/TkH9LEcZQM

8:40 a.m. ET: Law enforcement officials and National Guardsmen are on high alert in advance of today’s vote. Some scenes emerging from the Capitol this morning:

Reinforcements have arrived in the Capitol ahead of today’s impeachment vote and for inauguration week. All quiet for now.

The scene at the Capitol Visitor Center – absolutely filled with National Guard. pic.twitter.com/A9JNT7nwlh

Striking to see barricades everywhere around the Capitol and such a heavy National Guard presence ahead of today’s impeachment vote pic.twitter.com/TRYe5S0AW9

8:00 a.m. ET: As we wait for things to get underway, my colleague Mark Follman has a look at what national security experts are saying in the wake of last week’s violence and growing fears of law enforcement complicity. Here’s a key section:

Remarkably, some national security experts who have sounded the alarm about Trump’s many months of deliberately inciting violence are now talking about the end game of his presidency in the stark terms of counterterrorism. Trump must be seen as “the operational leader of this domestic terrorism effort,” said Juliette Kayyem, a former assistant secretary of Homeland Security, who was among the first experts to call out Trump’s use of terrorist tactics. “He tells them where to go. He tells them what to do. He tells them why they’re angry. So we need to start at the top, like with any counterterrorism effort, which is total isolation of the president of the United States. Impeachment, yes. Twenty-fifth amendment, yes. Deplatforming, yes. No money, no access to campaign funds…What we have to make sure [of] is that Donald Trump does not have a second act.”