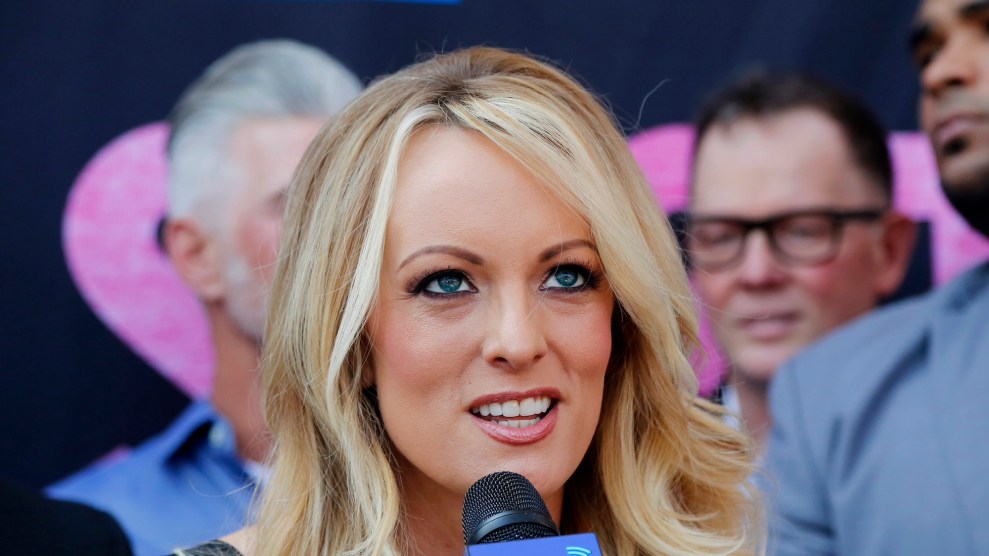 Stormy Daniels speaks during a ceremony for her receiving a City Proclamation and Key to the City on Wednesday, May 23, 2018 in West Hollywood, Calif. AP Photo/Ringo H.W. Chiu

The Associated Press reported Friday that prosecutors from the Southern District of New York have apparently dropped their interest in trying to prosecute former President Donald Trump over his involvement with hush-money payoffs to two women, including adult film actress Stormy Daniels, during the 2016 presidential campaign. Trump was never named in public court documents, but during the prosecution of Michael Cohen, Trump’s former attorney, prosecutors said Cohen’s illegal acts were directed by “Individual-1,” who was widely believed to be Trump.

This particular federal case against Trump had gone dormant during his presidency because his office provided a shield from any charges, but since he left office, the AP reports that no move has been made to reopen the investigation. The AP notes that the likely charges that could be filed against Trump would involve campaign finance violations—the payoffs to the two women could conceivably count as campaign contributions since they were made to help keep voters form hearing about Trump’s extramarital affairs—and they are notoriously hard to prosecute.

The AP reported other factors in not continuing the case against Trump include Cohen’s unreliability as a witness.

But Trump is not out of legal peril. Besides his second impeachment trial, slated to begin this week, Trump faces investigations from state and local prosecutors in New York. New York Attorney General Letitia James has been probing the Trump Organization over tax issues, including whether the president’s company mishandled multimillion-dollar conservation easements and failed to properly report a forgiven loan. James’ investigation is civil, but could lead to criminal charges and hefty fines and back taxes. That case continues to move forward—just last week a judge in the case ruled against the Trump Organization in its bid to keep many of its communications with lawyers out of James’ hands. Manhattan District Attorney Cy Vance is also leading a grand jury investigation looking at possible criminal charges for Trump and his company over financial misdeeds.

On the federal level, there’s also the potential for an enormous tax bill coming Trump’s way—this fall, the New York Times reported that Trump may have improperly reduced his tax liabilities by tens of millions of dollars, including a questionable $72.9 million tax refund.

Trump did dodge another potential legal bullet last week, when the Scottish Parliament voted against a measure to ask prosecutors to investigate Trump for money laundering. But that victory may not have been total—during the debate, Scotland’s justice minister noted that just because there was no public confirmation of an investigation didn’t mean one wasn’t already underway.