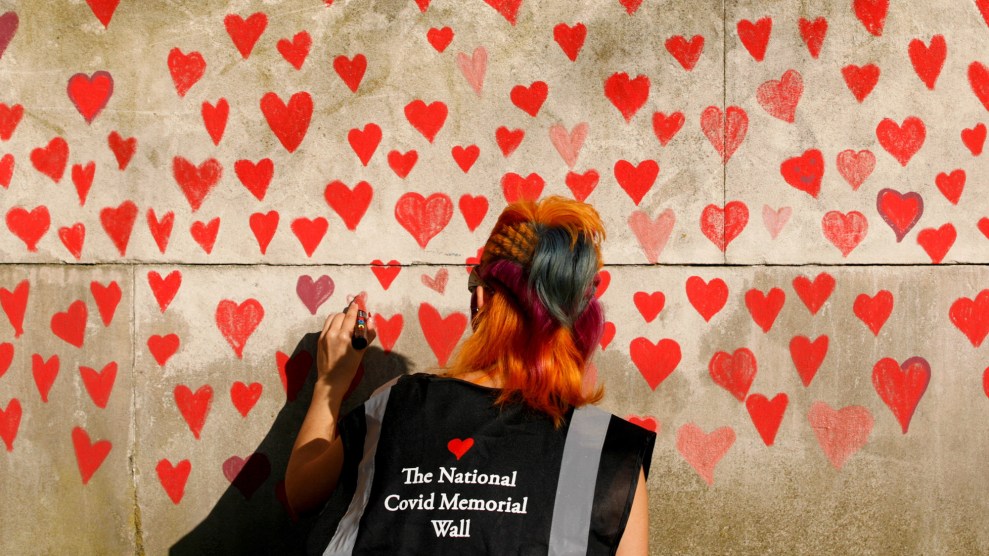 Earlier this week, CDC director Dr. Rochelle Walensky went off-script during a news conference to issue an emotional warning: a fourth coronavirus surge could be coming. She described a “recurring feeling I have of impending doom,” saying that while there was  “so much to look forward to,” the country was entering a dangerous new phase. “I’m scared,” she said.

Meanwhile, the country has seen week-on-week vaccination records tumble, and officials predict that half of Americans will be fully protected within the next two months. Nearly 150 million doses have been administered so far.

So Americans find themselves confronting yet another precarious era in the war on COVID-19, in which hope and fear are colliding. There’s light at the end of the tunnel, but many questions remain. Can we vaccinate fast enough to combat the threat of dangerous new variants? What’s the deal with the AstraZeneca vaccine drama? Why is the United States populations getting vaccinated at a much faster rate than the rest of the world? When—if ever—can we ditch the masks?

We try to answer some of those questions on this week’s episode of the Mother Jones Podcast, with Dr. Peter Hotez, a vaccine scientist and the founding dean of the national school of tropical medicine at the Baylor College of Medicine in Texas. He’s been leading a team that uses older vaccine technology to create a COVID-19 vaccine that would be cheaper to make and distribute.

“By the summer I think we could potentially vaccinate ourselves out of the epidemic,” Hotez told Kiera Butler, our senior editor and public health reporter, during a taped livestream event last week. But that doesn’t mean we are out of the woods. Though coronavirus cases have dropped 80 percent from the latest surge, case numbers are at the same level that they were last summer and variants are spreading quickly. “We’re at a dangerous time right now,” he said.

What about the variants? The B.1.1.7 variant, which was first identified in the UK, is spreading quickly in the United States. The P1 and B.1.351 variants, first identified in Brazil and South Africa respectively, though not as prevalent in the United States right now, are still concerning because they’ve shown to be less susceptible to the vaccines. “Don’t be surprised if later on this year we all wind up getting another booster,” Hotez said.

Hotez speaks to both the hope and the fear of the moment. While he says that the United States population could vaccinate itself out of the pandemic by the summer, he’s concerned about the slowness with which vaccines are reaching the global population. Current estimates are showing that vaccinating 70 percent of the global population, which is what it will take to reach herd immunity, could take years.

“I’m worried because we know what happens if we only vaccinate the United States, the UK, and western Europe. That’s not going to go well because this virus will continue to circulate, we’ll sow more and more variants, and it will be a humanitarian catastrophe,” Hotez said.

Butler’s interview with Hotez was first recorded for a Mother Jones livestream event on March 24, 2021.