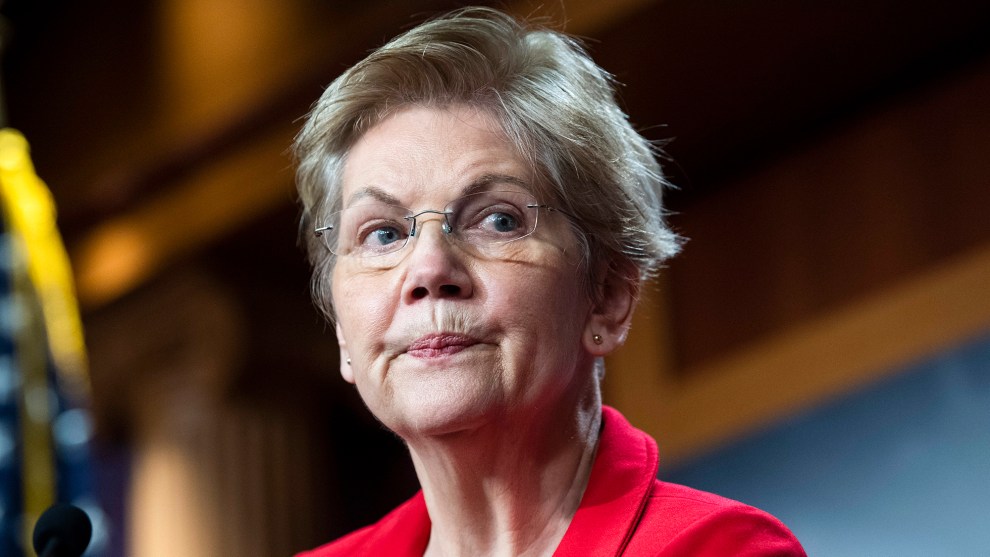 They have super-yachts, wine cellars, multiple homes, home movie theaters, private safe-rooms, and family office suites. The secluded world of the super-wealthy is one that most people only experience through compulsively watchable TV shows like Succession and Gossip Girl. But a new book from Mother Jones Senior Editor Michael Mechanic, Jackpot: How the Super-Rich Really Live–and How Their Wealth Harms Us All,  goes beyond mere voyeurism to ask important questions about the gargantuan and growing wealth gap in the United States.

In a conversation with Jamilah King on the Mother Jones Podcast, Mechanic discusses the tension between the promise of the American dream and the stark realities of the present-day wealth gap. He cites a 2011 study published by Michael Norton and Dan Ariely that found the majority of its 5,522 participants underestimated the size of the wealth gap in the United States. At the time, the poorest 40 percent of American’s owned a mere 0.3 percent of the nation’s wealth, while the top 20 percent owned 84 percent. In the 10 years since that study, the wealth gap has only grown larger. “Which is immoral,” Mechanic says. “It’s horrible. 40 percent of Americans have no wealth at all.”

According to Mechanic, a major culprit for the stratification of American society has been the tax code. Income taxes in the United States may be progressive, but there are fewer mechanisms for taxing accumulated wealth. This is partly because the richest Americans, and their teams of accountants and lawyers, have figured out how to set up complicated tax-dodging mechanisms, like trusts, off-shore accounts, or expatriation. On March 1, 2021, Senator Elizabeth Warren (D-Mass.) introduced the Ultra-Millionaire Tax to try to address this issue. “The very, very, very wealthiest people in America pay a lower tax rate than the people at the bottom, or the people in the middle,” Mechanic says. “Which is crazy, but they can do this because of the way the system is set up.”

Studies have found that great wealth can have profound psychological effect on those who have it. Mechanic investigated the ways that affluence can affect a person’s behavior, perceptions, and values. “Higher wealth is associated with more entitlement and narcissism, less compassion,” explains Mechanic. “People who are wealthier tend to be less socially attuned to those around them; they’re more likely to engage in unethical behavior. It just goes on and on.”

It’s not that the super-wealthy don’t suffer. The process of getting rich comes with some unpleasant side-effects like fear, anxiety, and insecurity. People who amass wealth often become afraid of losing it—something one of Mechanic’s sources called a “fear-based” mindset—which has created an entire market for luxe safe rooms where they can hunker down and survive not only the random intruder, but also climate catastrophes, mass shootings, and even a chemical attack or dirty bomb. Mechanic interviewed a former military contractor whose company builds safe rooms for obscenely rich people in their their elaborate wine cellars, walk-in closets, and home movie theaters.

But despite the psychological drive for people to hoard wealth once they have it, an overwhelming majority of Americans, rich and poor, Republican and Democrat, would not choose the extremely unequal society in which we find ourselves today. In part of the same 2011 Norton and Ariely study, they showed their subjects two pie charts: One showed the wealth distribution in Sweden, the other the wealth distribution in the United States. When asked which society they’d rather live in, without knowing what these charts represented, more than 90 percent of the study’s participants chose Sweden. It’s something Mechanic thinks is very telling: “When people visualize how bad the wealth gap is in America,” he notes, “they say, I don’t want to live there.”

Despite the inevitable allure of the cosseted lifestyle, writing a book about the super-wealthy did not leave Mechanic with a desire to join their ranks. “When you have ridiculous amounts of money, it sucks up all your time and energy,” says Mechanic. “It wouldn’t make me happy.”