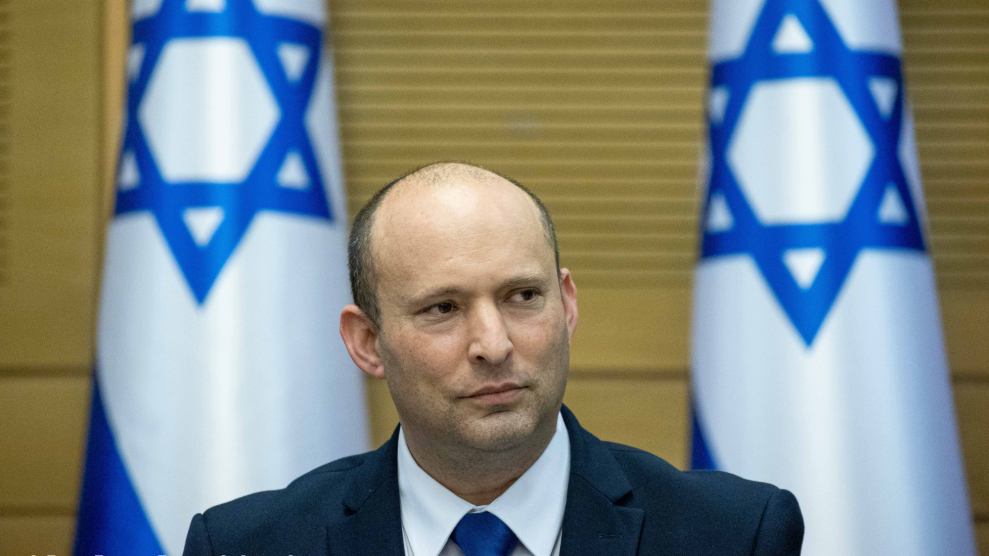 In 2015, Israeli Prime Minister Benjamin Netanyahu engaged directly with US domestic politics in an attempt to fuel American opposition to the Obama administration’s nuclear talks with Iran. The US and its allies eventually completed a deal with Iran. So when President Donald Trump abandoned the agreement in 2018, Netanyahu cheered.

Speed forward to 2021: With President Joe Biden’s State Department working to renew the nuclear pact in Vienna, advocates of diplomacy may hope that Israel’s new Prime Minister, Naftali Bennett, who took office last Sunday after ending Netanyahu’s 12-year reign, would be less of an obstacle. But Bennett, an ultranationalist who positions himself to Netanyahu’s right on many issues, has also opposed the deal, a position he reiterated during his first Cabinet meeting on Sunday, during which he urged world powers to “wake up” to the danger of renewing the agreement. At least publicly, Bennett is hewing to Netanyahu’s position.

Bennett’s stance underscores the extent to which new leaders in the US, Israel, and Iran are rewriting the prospects for renewed nuclear diplomacy in real time.

In televised remarks, Bennett cited Iran’s election of a hard-line judiciary chief, Ebrahim Raisi, after presidential elections on Friday. The United Nations accuses Raisi of participation in a so-called “death commission” that ordered the extrajudicial executions of thousands of political prisoners in 1988; the US slapped him with sanctions in 2019. “Raisi’s election is, I would say, the last chance for world powers to wake up before returning to the nuclear agreement, and understand who they are doing business with,” Bennett said, according to the Associated Press.

Bennett also signaled that he will continue Netanyahu’s position toward Hamas in Gaza. Last month, rocket fire from Gaza killed 12 Israelis, while an Israeli bombing campaign reportedly killed 243 Palestinians, including 65 children, and destroyed or damaged thousands of buildings and housing units. Bennett said Sunday that Israel would retaliate against even minor attacks from the territory. “Our patience is running out” he said, citing incendiary balloons launched from Gaza in recent days.

But the change of power in the US, Israel, and in Iran, has rejiggered international politics in a way that may boost diplomacy, according to a New York Times article, citing US and Iranian sources. “The ascension of a hard-line government in Iran may actually present the Biden administration with a brief opportunity to restore the 2015 nuclear deal with the country,” the article reports.

The logic is that Iran’s Supreme Leader, Ayatollah Ali Khamenei, not Raisi, is the key power in Iran, and Khamenei wants to resurrect the deal to end damaging economic sanctions imposed by the United States. The Times reported that the “detailed wording of the resurrected agreement was worked out weeks ago in Vienna,” but that Khamenei had blocked completion of the deal until after the election. Now, he may allow the deal during the transition of power, setting up Iran’s moderates “to take the blame for capitulating to the West.”

Jake Sullivan, Biden’s national security adviser, may have been referring to this thinking in remarks Sunday on ABC’s This Week. “The ultimate decision for whether or not to go back into the deal lies with Iran’s supreme leader,” Sullivan said. “He was the same person before this election as he is after the election.”