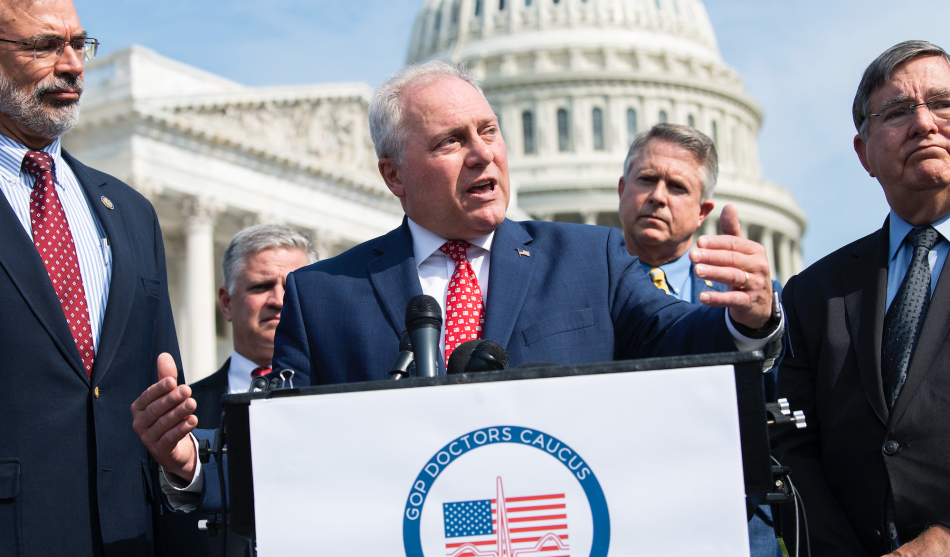 Republican leaders who have spent the pandemic bucking mask mandates, railing against so-called vaccine passports, and largely sitting on the sidelines of vaccine outreach appear to be undergoing a strange and abrupt shift this week.

“Get vaccinated,” Senate Minority Leader Mitch McConnell said on Tuesday, adding that people should “ignore all of these other voices that are giving demonstrably bad advice.”

Though he declined to call out specific names, the remarks from the top Republican were widely interpreted as a rare, indirect condemnation of those in his party, as well as Fox News talking heads, who have sown deep mistrust of COVID-19 vaccines. Now, others are following suit, albeit tepidly.

But for some of the loudest opponents of COVID safety measures, including most recently Florida Gov. Ron DeSantis and Rep. Steve Scalise, questions still loom over whether they’ll apply the same vigor with which they slammed various mask mandates and health precautions to their new push to get inoculated. Take a Thursday press conference by the GOP Doctors Caucus, where alongside a few scattered calls to get vaccinated, accusations of Democrats covering up the origins of the coronavirus dominated.

“Speaker Pelosi refuses to hold a hearing on how this started,” Scalise, who on Sunday revealed that he finally received the first dose of the Pfizer vaccine after months of resistance, told reporters. “If we’re ever going to be able to get through this and especially prevent something like this from happening again, we need to be able to find out at least how this happened.”

“What does Speaker Pelosi have to hide? Why is Speaker Pelosi actively fighting to get the facts out?” he continued. “Why is she trying to do the work of the Chinese Communist Party in covering this up?”

The same talking point was repeated by virtually everyone who spoke at the news conference, including the party’s new No. 3 in the House, Rep. Elise Stefanik. “Every American has been negatively impacted in some way by the COVID-19 virus,” Stefanik said, “but the question is, why are Democrats stonewalling our efforts to uncover the origins of the COVID virus?”

Ronny Jackson, former President Trump’s White House physician, went one step further, falsely suggesting that Democrats have resisted disclosing their vaccination statuses. (Indeed, they have and with a 100 percent vaccination rate.) Jackson also claimed, without evidence, that the delegation of Texas Democrats who fled the state for DC last week of spreading COVID to the White House.

Ronny Jackson: I think you as a press have a responsibility to ask questions of the Democrats as well. How many of the Democrats are willing to say whether or not they’ve been vaccinated? pic.twitter.com/gkKzfmCgs8

That Republicans, in their most high profile push for vaccines yet, appeared to favor blasting China and false allegations of a Democratic cover-up over the promotion of a critical, life-saving component to ending the pandemic is not exactly surprising. But that stubborn prioritization is all but certain to exacerbate the rampant vaccine hesitation and misinformation that continues to plague vaccine efforts at a dangerous moment for Americans, with the Delta variant ripping across unvaccinated communities throughout the country. Those areas include Florida, a state that now accounts for a staggering 1 out of every 5 Delta cases in the United States.

“These vaccines are saving lives,” Florida Gov. DeSantis told reporters on Wednesday, a week after it had emerged that he was selling anti-Anthony Fauci merchandise on his website. Of course, DeSantis didn’t completely abandon his anti-COVID safety measures stance. In the same press conference, he blamed mask mandates and government officials who encourage vaccination for slowing down inoculation rates, once again casting doubt on the sudden embrace of vaccines by the GOP.