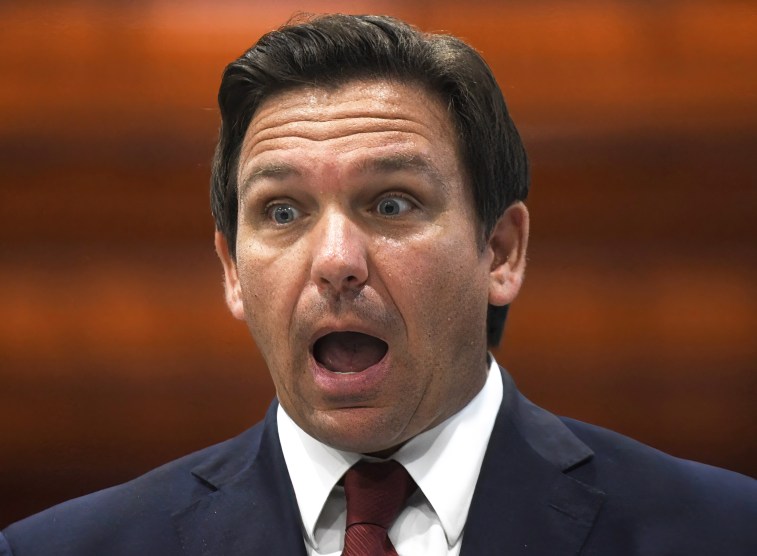 Last month, Florida Republican Gov. Ron DeSantis signed into law a measure to radically overhaul how social media companies operate in his state. Under its provisions, sites like Twitter and Facebook would be prohibited from banning from their platforms elected officials who violated the sites’ terms of service. The pretext of the legislation, which included a hilarious but sort of incongruous exemption for Disney+, was obvious—it was a response to former President Donald Trump’s banishment from Twitter and Facebook for cheering on an insurrection. Equally obvious was the measure’s unconstitutionality. A governor cannot dictate a private company’s speech; there is no constitutional right to post.

And sure enough, after a challenge from tech companies, on Wednesday a federal judge in Florida issued a preliminary injunction against the law, finding that it would likely “violate the First Amendment.”

DeSantis vowed to appeal, of course, and so this cycle will likely just repeat itself again a few months down the line. But the whole episode is clarifying. Earlier this year I wrote about the outsized place that content creation has taken in conservative politics. Much like a child repeating a curse word because they heard it from their parents, when a new generation of conservatives treats shitposting as the end-point of politics, you know they learned it from Trump. The ex-president often substituted the performance of governing for the real thing—look no further than the daily coronavirus briefings last year—and held elaborate signing ceremonies for what were essentially press releases. Everything was a product, packaged for consumption via an increasingly online conservative media:

Big Tech and “cancel culture” have emerged as key villains for the new right, not just because of how neatly they fit into long-standing tropes about “cosmopolitan elites,” but because so much of modern conservatism lives online. Offline, there are issues that warrant serious attention from one of the nation’s two governing parties—cities without water, cities soon to be underwater, whole states without power, and a world still suffering from a deadly virus. But with a nudge from Trump, the right has become ever more dissociated from reality, channeling its energy into an endless series of fights over “deplatforming” and who’s triggering whom. During the Obama years, a Breitbart provocateur interrupted a White House press conference to complain about losing his Twitter verification badge. Then, it was a sideshow; now, it’s the whole point.

The Florida law was a natural product of this ecosystem. Which is why, while a major piece of legislation getting gutted by the courts would be damaging for a policy-centered Democratic administration, Wednesday’s injunction is sort of the best of both world for DeSantis. It frees him to continue railing against the evils of Big Tech (now clearly in league with unaccountable liberal judges!) without never having to implement the law itself. Just throw in some “critical race theory” (which Florida, at DeSantis’ urging, also banned) and this whole fight would contain the entirety of Biden-era conservative thought. The whole party is a television show now.