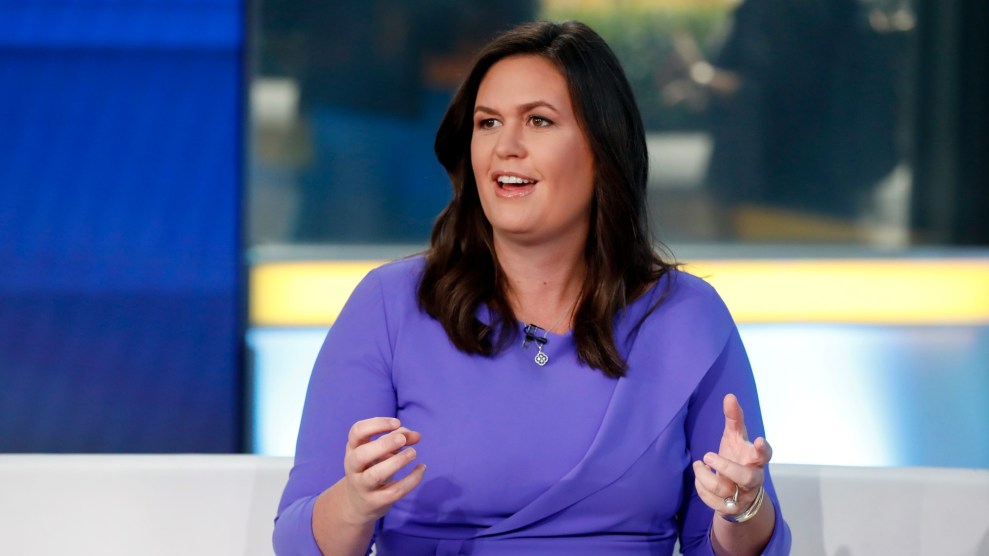 After nearly a year and a half of telling their constituents that it’s their constitutional right to ignore coronavirus guidelines and public health restrictions, it seems to be dawning on leaders in the Republican Party that letting a deadly and very infectious disease run rampant through their states and localities—not to mention the rest of the country—is actually a terrible idea.

So now, as the highly contagious Delta variant is creating a new surge of infections, the time has come to reverse course. But there’s an obvious problem: After feeding a large swath of the country a steady diet of potentially fatal misinformation, distrust in the government, and demonization of the other, while insisting that individual “freedom” is more important than the collective good, it’s nearly impossible to convince the true believers to do otherwise. For decades now, the conservative ethos has been predicated on a selfish individualism that informs everything from social and tax policies to medical care. And of course, this ideology, further amped up by a deranged president, has plagued the US response to COVID-19 since the beginning. Now, we’re all paying the price.

Unlike the early days of vaccine distribution, the US has an embarrassment of riches when it comes to vaccine supply, which has been scientifically proven to prevent serious illness, hospitalization, and death. Yet, according to the Washington Post, as of July only 49 percent of eligible people in the US are fully vaccinated. And there’s one major reason for this: GOP leadership—from state and local politicians to members of Congress to the conservative media amplification machine. So now, as 41 percent of conservatives choose not to get vaccinated, cases are up nationwide but especially in states where vaccine rates are low. The repercussions are dire. In Florida and Arkansas, every county is recording “high transmission” rates. In Alabama, doctors describe dying patients begging for the vaccine—but it’s too late.

None of this is surprising. From encouraging lockdown protests to eschewing masks and downplaying the severity of the virus, the GOP followed the lead of its president and underplayed science. Even when its standard bearer, former President Donald Trump, contracted the virus and was hospitalized, nothing changed. Trump had a particularly contradictory stance: at once whining about not getting enough credit for the vaccine, opting to get quietly vaccinated before he left office, and doing nothing to encourage his supporters to get their shots. He just further added to the politicization of it all by making fun of mask-wearing and insisting the virus was nothing to be afraid of even after his hospitalization.

Republican governors have had to contend with the tragic surge of cases firsthand. Last week, Alabama Republican Gov. Kay Ivey begged her constituents to get vaccinated. Since it is crucial to cast blame for rising COVID rates—new infections are up 84 percent in her state—at anyone but Republicans, she targeted unvaccinated people. “It’s time to start blaming the unvaccinated folks, not the regular folks,” she said. “It’s the unvaccinated folks that are letting us down.” (And not the people who encouraged them.) But even though Ivey declared a state of emergency in her state in March 2020, she’s been pushing the “personal responsibility” narrative, signaling that the danger has passed. “Evidence clearly indicates that the worst is behind us,” Ivey said way back in May 2020, when she announced the lifting of restrictions.

In Arkansas, Republican Gov. Asa Hutchinson said on CNN’s State of the Union that he blames the resistance to getting vaccinations on “myths” and “false information.” Not that he has any responsibility for the crisis unfolding in his state. “I made the decision that it’s really not what the government can tell you to do,” he told host Jake Tapper, “but it is the community and their engagement and citizens talking to other citizens and trusted advisers.” Hutchison does, however, believe the state government can tell you what to do when it comes to mask-wearing. Earlier this year, he approved a statewide ban on mask mandates. The law, which was introduced in March, does not allow any local jurisdictions to require masks.

Earlier this week, 16 of the 27 members of Tennessee’s GOP Senate caucus released a letter urging the public to get vaccinated. “Unfortunately, efforts to get more people vaccinated have been hampered by politicization of COVID-19,” the letter said. “This should not be political.” But earlier this week, under pressure from GOP lawmakers, the state’s health department halted all vaccine outreach to minors—for all diseases, not just COVID-19. Only about 39 percent of Tennesseans have received a COVID vaccine. As my colleague Hannah Levintova reported, a beloved Nashville conservative talk radio host was recently hospitalized with severe COVID and begged his listeners to ignore his previous skepticism and get the shot.

But perhaps most egregious of all is Sarah Huckabee Sanders, who is not even an elected official. Sanders, who is known for being former Arkansas Gov. Mike Huckabee’s daughter and Trump’s press secretary for two years, is challenging Hutchison to be Arkansas’ next governor. So, naturally, she had to weigh in on the surge in her state in an op-ed—placing the blame on none other than…President Joe Biden and Vice President Kamala Harris! “If President Biden, Vice President Harris, and others on the left truly care about increasing the vaccination rate and saving lives,” she wrote, “they should admit they were wrong to cast doubt on Operation Warp Speed and give President Trump and his team the credit.”

When Trump was still in charge and downplaying the virus, he was also bragging about Operation Warp Speed, a government program that fast-tracked the vaccine. At presidential debates, Harris and Biden both said that they would take a vaccine, only if it had been approved by scientists and public health officials—not the former president. (After all, Trump had once wondered aloud about ingesting bleach to kill the virus.) But Sanders took their comments out of context and said that because Harris and Biden had cast doubt on the vaccine, people in Arkansas are hesitant. Never mind the mind-blowing premise here. Does Sanders really expect us to believe that Republican voters are taking their cues from Biden and Harris?

The latest coronavirus surge has led the Centers for Disease Control and Prevention to reissue a mask recommendation even for vaccinated individuals in states where there has been a surge of infections of the new variant. The current state of the public health crisis now feels eerily similar to summer 2020, when no vaccines were available. After all, Republican governors like Texas Gov. Greg Abbott yet again will contort that narrative in the most destructive way.

The time for government mask mandates is over—now is the time for personal responsibility.

In May, I signed an executive order prohibiting mask mandates by gov't entities.

Every Texan has the right to choose whether they will wear a mask or have their children wear masks.

On a personal level, it can be frustrating to see so many people choose not to get vaccinated. They’ve made things more dangerous for everyone. But railing against them, as Ivey did, is misguided. The idea that personal freedom is more important than public health has become a do-or-die tenet for Republicans—literally. There’s something obscene about seeing them act surprised by what their own voters truly believe. The GOP leadership has turned masks, lockdowns, and now vaccines into a culture war. Conservatives spent so much time owning the libs, they forgot to care about the lives of their constituents. The increase in infections, hospitalizations, and deaths is indeed tragic for everyone. But Republican leaders have no one to blame but themselves.