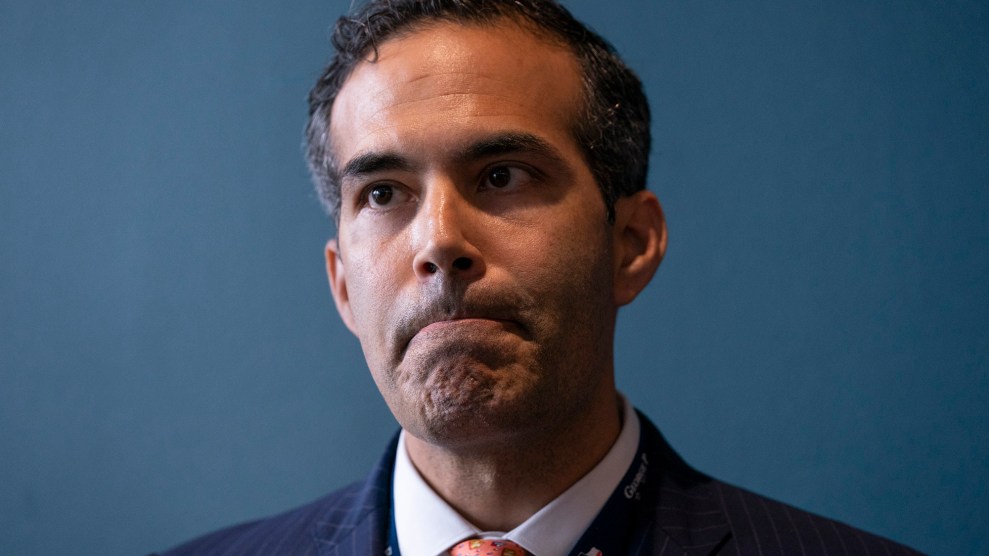 Former President Donald Trump picked a side in one of the most significant Republican primaries of the 2022 election cycle on Monday night, endorsing Texas attorney general Ken Paxton in his bid for a third term. This may sound perfectly normal, but it’s not; nothing involving either Trump or Paxton ever is.

Paxton, as you may have heard, has been under indictment since 2015 for securities fraud but has somehow managed to avoid going to trial, with help from influential friends in his home county. More recently, members of his own staff reported him to the Department of Justice for alleged corruption, accusing him of abusing the powers of his office by interfering in a federal investigation into an Austin real-estate developer who was employing a woman with whom Paxton was allegedly having an affair. On top of all of this, the State Bar of Texas is investigating his conduct last December, when he led a (Trump-backed) effort to overturn the results of the presidential election on the bizarre legal grounds that Pennsylvania’s election results were an affront to Texas.

So yes, of course, Trump endorsed Paxton. But in endorsing the attorney general—and a full year before the primary, at that—Trump also very publicly rejected Paxton’s top rival for the job, state land commissioner George P. Bush. Trump has seemingly spent the last six years on a quest to humiliate, one by one, every member of the extended Bush family, but this might actually be the harshest version of that routine yet, because of the lengths that George P. went to prevent it from happening.

Unlike his father, Jeb; his uncle, George W.; his grandfather, George H.W.; his grandmother, Barbara; or even his cousin, Pierce, George P. Bush has been unwavering in his support for Trump. He campaigned alongside Trump during the 2020 election, and from the very beginning of his campaign against Paxton sought to link his own political brand to that of the ex-president, even if it means disavowing the rest of his family.

At his campaign announcement, Bush supporters handed out beer koozies featuring Trump shaking Bush’s hand while saying—and this is a real quote—”This is the only Bush that likes me! This is the Bush that got it right.”

I missed out on the @georgepbush swag yesterday: The koozie says "this is the only Bush that likes me. This is the Bush that got it right. I like him" – Donald Trump #txlege pic.twitter.com/pFTzQCmoRG

Bush wanted every Republican in Texas to know he was close to the former president. He sought his counsel on the race. It was literally his pinned tweet.

Great to speak with President Trump to discuss the future of Texas and how we are keeping up the fight to put America first. I appreciate the words of encouragement and support. Big things coming soon! pic.twitter.com/U5cYFAFlCk

Such a message carries a political cost. Bush’s campaign against Paxton is supposed to be about replacing a corrupt incumbent with a more honest and stable brand—a rotten Republican with a normal one. He still might be in decent shape in the race. Bush raised more money than Paxton in the most recent filing period, and there were signs that Paxton donors were beginning to jump ship. (Though it wouldn’t be the first time.) But Bush’s public lobbying for Trump’s affection is a revealing misadventure—good-government reformers don’t support the guy who tried to do a coup while his organization was being investigated for financial crimes.

There are few things Trump loves more than watching political rivals display fealty, so it was fitting, perhaps even inevitable, that after all of Bush’s groveling, Trump simply pulled the rug out from under him. Bush’s slip-up on the banana peel calls to mind a famous saying of his uncle:

“There’s an old saying in Tennessee—I know it’s in Texas, probably in Tennessee—that says, ‘Fool me once, shame on…shame on you. Fool me—you can’t get fooled again.'”

But you can, apparently. The gulf between the Bush family and the Trumps is sort of superficial in the context of their respective politics, but meaningful in interpersonal ways. Because Trump did not just attack George P. Bush’s father, Jeb—fair play to him, perhaps. He went after George P.’s mother as well, going out of his way to remind Republican primary voters that Columba Bush was a Mexican immigrant, at a time when Trump’s campaign largely consisted of disparaging people of Mexican descent.

Is there a larger lesson here in Republican politics? We’ll see. But there’s probably a life lesson at least: Don’t try to be friends with people who go after your mother.