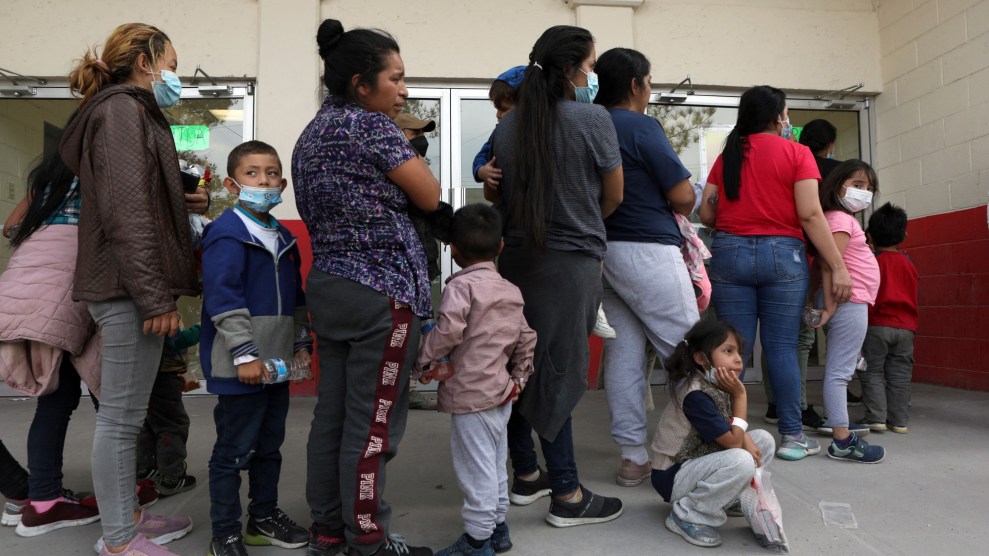 The US government has summarily expelled migrants and asylum seekers at the Southern border almost 1 million times since March 2020. At the onset of the coronavirus pandemic, the Trump administration invoked an obscure public health authority to implement a sweeping order, known as Title 42, that effectively sealed the border for vulnerable migrants while still allowing most other categories of travelers deemed essential to enter. Public health experts have long opposed the “xenophobic, cruel, and unlawful” policy pointing to a lack of epidemiological justification, and President Biden has carved out exceptions for unaccompanied minors and families based on humanitarian reasons. But six months into his administration, the policy remains largely in place, and thousands of migrants continue to be turned back to danger in Mexico or to countries from where they fled persecution.

Several reports show the widespread harm inflicted on adults and families who had been expelled to Mexico without being given an opportunity to seek safety in the United States. As of mid-June, Human Rights First had documented 3,250 instances of extortion, kidnapping, and rape since President Biden took office. In May, Andrew Calderón and I analyzed years’ worth of sector-level data from Customs and Border Protection (CBP) on rescues and deaths along the Southern border. We learned that Title 42 is leading single adults—many of whom are Black or LGBTQ—to attempt repeated crossings through more dangerous routes, increasing their chances of needing to be rescued by Border Patrol agents, drowning in the Rio Grande, or dying in the desert. As we wrote:

New data and analysis by The Marshall Project and Mother Jones shows that while the number of encounters at the border fell by half in fiscal year 2020 compared to the previous year, the number of encounters that required a rescue operation doubled to the highest rate in at least a decade. The death rate also nearly doubled during the same period, from 35 to 62 migrants found dead for every 100,000 migrants encountered.

This week, the nonprofit advocacy organization Physicians for Human Rights (PHR) released a 45-page report titled “Neither Safety nor Health: How Title 42 Expulsions Harm Health and Violate Rights,” which presents even more damning evidence of Title 42’s cruel legacy. In May 2021, a team of their researchers in Ciudad Juárez and Tijuana interviewed 28 asylum seekers fleeing gang and domestic violence who had been expelled under Title 42 as well as six health care professionals who provided services to migrants. They found a pattern of “chaotic border expulsions that perpetuate family separation and further traumatize an already vulnerable population.” All but one of the people interviewed said they didn’t feel safe in Mexico, and several described being robbed by Mexican authorities after being expelled from the United States.

The report also sheds light on the less visible psychological effects on migrants subjected to the policy. Ninety-six percent of asylum seekers screened for mental health symptoms had at least one diagnosis, and 88 percent showed signs of PTSD, anxiety, and depression.

“US policy is ensnaring people in a deadly dilemma, where they are unsafe in their home country, unsafe in Mexico, and yet unable to seek safety at the U.S. border.”

“US policy is ensnaring people in a deadly dilemma, where they are unsafe in their home country, unsafe in Mexico, and yet unable to seek safety at the U.S. border,” Michele Heisler, a co-author and medical director at PHR, said in a press release. “From a public health perspective, the Title 42 order was junk science from the moment it began. Rather than protect anyone’s health, these expulsions accelerate a health and human rights emergency in Mexican border cities.”

Asylum seekers described “gratuitously cruel and inhumane treatment at the hands of the US government, including physical and verbal abuse by US officials, inhumane detention conditions, active deception about their expulsion and the whereabouts of their family members.” According to the report, at least 11 people were forcibly separated from family members. In some cases, parents concerned with their children’s safety have sent them alone across the border as unaccompanied minors so that they would not be turned away.

Once separated, several people interviewed noted that they had no way of tracking their family members other than on social media. “No one told me where my wife or my child were, there was no information,” one asylum seeker said. “We were deported by a bus, and we were dropped off on the street and had to cross to Ciudad Juárez at 8:00 at night. I was asking why they sent us back, but they did not give me a reason.” A 33-year-old mother from Honduras said she was repeatedly told they didn’t know where her son was and “that was something they didn’t care about.” Interviewees also disclosed being lied to or deceived by US immigration officials. One woman told the researchers that immigration officials assured her she would be transferred to a shelter in San Diego and reunited with her family, only to be dropped off in Tijuana. A father with a young son said he was told he would meet his wife and daughter but instead they had been expelled to Ciudad Juárez, where they were kidnapped for five days.

“Separations took place in a haphazard manner, without any kind of process or opportunity to appeal the separation or any way to seek reunification. It is not clear if U.S. officials were even keeping track of which family members they separated or anticipating any responsibility for later putting family members in contact or reunifying them,” the report states.

Amid growing calls to rescind Title 42 and pending litigation, the government was reportedly considering lifting the ban by the end of July—drawing objections by Republicans—but that deadline is likely going to pass. Meanwhile, the Biden administration continues to send the message that migrants shouldn’t come to the United States at this time. Moreover, just this week, DHS announced it will resume fast-track deportations for families arriving at the border who are not immediately expelled under Title 42, which advocates and immigration experts say will lead to an even more inhumane asylum system.

“Every day that the Title 42 order continues to expel asylum seekers,” the researchers concluded, “is another day that the US government is harming people’s health and violating their human rights.”

We have been calling for the Biden administration to end Title 42.

It is a cruel law that violates the human rights of people seeking asylum.