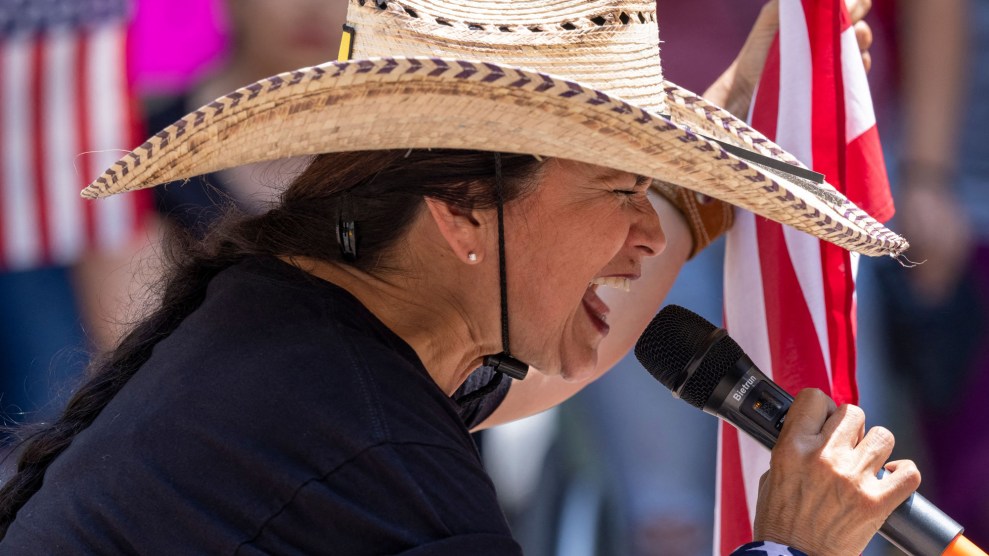 For a few brief weeks in the spring, it seemed as if the United States was poised to announce a small victory in the fight against the pandemic. A vaccine had arrived in record time. It was proven effective against serious illness and hospitalization, as an average of 2 million adults were getting inoculated each day and there seemed to be plenty of the Pfizer, Moderna, and Johnson & Johnson doses to go around. The media scrambled to write pieces about how to stay safe while still breaking free of isolation, and there were seemingly millions of rhapsodic tweets about our Hot Vax Summer.

But then, predictably, the anti-vaxxers and their BFFs the anti-maskers had other plans.

Yes, COVID-19 is surging again, this time fueled by the highly infectious and deadly Delta variant, which is ravaging the country—especially in places with low vaccination rates such as Alabama, Louisiana, and Mississippi. As of August, about half of the country remains unvaccinated. But as this unvaccinated group has asserted its importance and become a public health menace, it seems dangerous to dismiss them as an undifferentiated collective. Not everyone who is unvaccinated is an anti-vaxxer. Some people are immunocompromised, others have legitimate medical questions, and some are struggling to find time to get vaccinated.

Last week I spoke to over 5000 people in rural Georgia. Most were not vaccinated because they still had questions. EVERY question they asked was legitimate and important.

Stop telling people to “just get vaccinated” if you aren’t willing to put in the work to help them do it.

But there’s still a frightening number of people who are refusing to get the shot for no good reason. As I’ve looked at their Twitter feeds and public statements, it seems that at least three distinct groups with three very different reasons are endangering public health. Some are motivated by political convictions, others by accepting scientific misinformation, and a third group has bought into conspiracy theories. Clearly there are no bright lines distinguishing them, and the Venn diagram might have a few intersections, but the unholy trinity can be found whining to reporters, delivering delusional speeches at City Hall meetings, or loudly protesting outside local schools.

Of course, anti-vaxxers are not a pandemic-created phenomenon. Even in the 1700s, one could find doctors railing against vaccinating children for diseases like smallpox. By the 21st century, certain celebrities, such as Jenny McCarthy, had made names for themselves by promoting the widely debunked theory that vaccines cause autism. Well before vaccines were available, anti-vaxxers were working overtime to discredit them and other public health measures such as masks. We are now living with the results, as my colleague Kiera Butler presciently reported in June 2020:

Since the start of the pandemic, suspicion of the government has converged with a broad refusal to accept scientific evidence—one that has been enabled by President Trump—and it’s given the groups new points of reference: They’ve railed against shelter-in-place orders and masks. And in these radicalized spaces, misinformation thrives…Limaye worries that the cross-pollination between the anti-vax community and far-right groups could eventually cause an epidemic of vaccine skepticism. And if that happens, we’ll be in real trouble.

That trouble has officially arrived.

Of course, a president like Donald Trump would politicize a public health crisis, and his influence lingers everywhere. Even though he was still president when the vaccine was developed and in the earliest stages of distribution, President Joe Biden has presided over most of the national vaccination drive. So, Trump supporters—whose determination to be against anything a liberal politician supports had reached stratospheric levels following his defeat—pushed back against Biden’s goal to get every adult at least one shot by the Fourth of July. With an able assist from the talking heads on Fox News and craven GOP politicians with an eye to 2024—such as Florida Gov. Ron DeSantis—what began as a commonsense and scientific way to contain a deadly virus turned into yet another pointless flashpoint in our exhausting culture wars. For them, mass vaccination was the embodiment of government overreach, and politicians like Trump lackey and Ohio Rep. Jim Jordan dove right in, tweeting: “The Biden Administration wants to knock on your door to see if you’re vaccinated. What’s next? Knocking on your door to see if you own a gun?” For them, their unvaccinated status is a badge of honor.

In some cases, conspiracy theories intersect with political paranoia, and that leads us to those who believe that vaccines are designed to control the population. This conviction is evident in some strange performance art, such as what took place at a San Diego public hearing over vaccine mandates. Here, we have a man saying vaccine mandates will “open a pit of hell” and that our children will be asked “How many vaccines have you had?” and “Have you been a good little Nazi?”

There has also been a fever swamp of medical misinformation regarding menstruation, fertility, and pregnancy. Social media influencers began spreading false information almost immediately. Some of the rumors included that the vaccine could make you sterile or that even being around a vaccinated person could disrupt your menstrual cycle. Last week, all the rumors seemed to have gotten the attention of the CDC, which announced that there was no evidence that the COVID-19 vaccine could affect fertility.

Those who have refused to get vaccinated for whatever reason now find themselves facing restricted access in some places. New York City, for example, plans to require vaccination proof to enter restaurants, gyms, and other businesses. San Francisco is requiring vaccine proof for certain indoor businesses as well. Brian Kilmeade, a host of Fox & Friends, had a solution! He told viewers in New York City to purchase a fake vaccine card. Isn’t it better, really, for the unvaccinated to commit a crime than get the shot?

Hard to overstate how fucking irresponsible this is — after complaining about NYC's vaccine mandate, Kilmeade notes you can get a cheap knock off vax card

Kilmeade: You can't go to anything unless you have your vaccination card — which, takes a dollar to make a knock off card pic.twitter.com/HUSwBtpQWJ

What all these people have in common is the dire consequences of their actions. Their refusal can and already has harmed vulnerable people. The surge and the backlash have coincided with school reopenings, with some teachers refusing to get vaccinated and placing children under 12, who are not eligible for the vaccine, and their families at risk. School districts in Mississippi and Alabama have already had to shut down because of outbreaks. Clearly, nursing homes are another incredibly vulnerable population. In a Washington Post op-ed, New Jersey–based writer Louise Dubin described an outbreak in her father’s nursing home because of unvaccinated nursing staff that led to the deaths of two residents—though her father survived.

The most alarming part isn’t that they don’t care about collective health; after all, individualism is one of the founding principles of American conservatism. Rather it’s astonishing to see how little regard they seem to have for their own lives. Denial is a powerful move. Purposely remaining unvaccinated increases your chance of hospitalization and death. Oftentimes the reality of the situation doesn’t become clear until anti-vaxxers are near death. “One of the last things they do before they’re intubated is beg me for the vaccine,” Alabama doctor Brytney Cobia told the Washington Post about her patients suffering from COVID-19. “I hold their hand and tell them that I’m sorry, but it’s too late.” This is collateral damage from the tyranny of the anti-vaxxers. In the end, we’re all more vulnerable than we ever were.