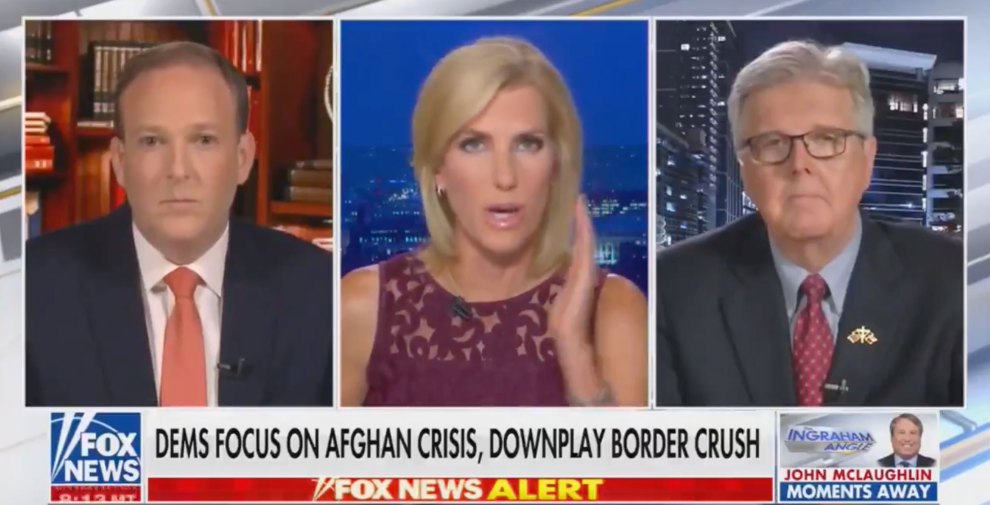 “The Democrats like to blame Republicans” for the spread of the virus, Patrick told Fox’s Laura Ingraham. “Well, the biggest group in most states are African Americans who have not been vaccinated. The last time I checked, over 90 percent of them voted for Democrats…They’re doing nothing for the African American community that has a significant high number of unvaccinated people, so they need to address that.”

This is actually worse than described. Patrick is not simply saying fewer black people are vaccinated, he’s saying black people vote for Democrats so it’s not his responsibility. https://t.co/mXhrAIUxUI

As The Atlantic‘s Adam Serwer points out, Patrick doesn’t seem to think that Republicans bear responsibility for combating the COVID surge and encouraging Black Americans in Texas, and elsewhere, to get vaccinated. But in GOP-led states like Mississippi, Tennessee, Florida, Arkansas, and Texas, lax efforts to curtail the virus’s spread and low vaccination rates have led to an uptick in cases, resulting in overburdened hospitals filled with younger patients.

But Patrick doesn’t see the toll the pandemic has had on Black and Latinx residents. When he goes on Fox News and says that Republicans “respect the fact that if people don’t want to get the vaccination, we’re not going to force it on them. That’s their individual right,” he’s ignoring the fact that individualism only makes it more difficult to overcome a pandemic that affects everyone. Instead, Patrick concocts a familiar racist narrative: that irresponsible Black Democrats are to blame. In doing so, he disregards the well-documented factors that just might explain why just 8 percent of Black residents and 32 percent of Latinx residents are fully vaccinated.

As I’ve previously reported, the social conditions that Black and Latinx residents find themselves in—their ability to get medical care, their working conditions as essential workers, their housing situations, among others—all influence their access to and attitudes toward vaccination. But Patrick doesn’t want to talk about the legacies of structural racism or the understandable mistrust that communities of color have for the US medical establishment.

Per the Census Bureau, 50% of unvaccinated adults in Texas are White (non-Hispanic)

Oh yeah, and Dan Patrick is a racist. https://t.co/CoLmAM3G9d