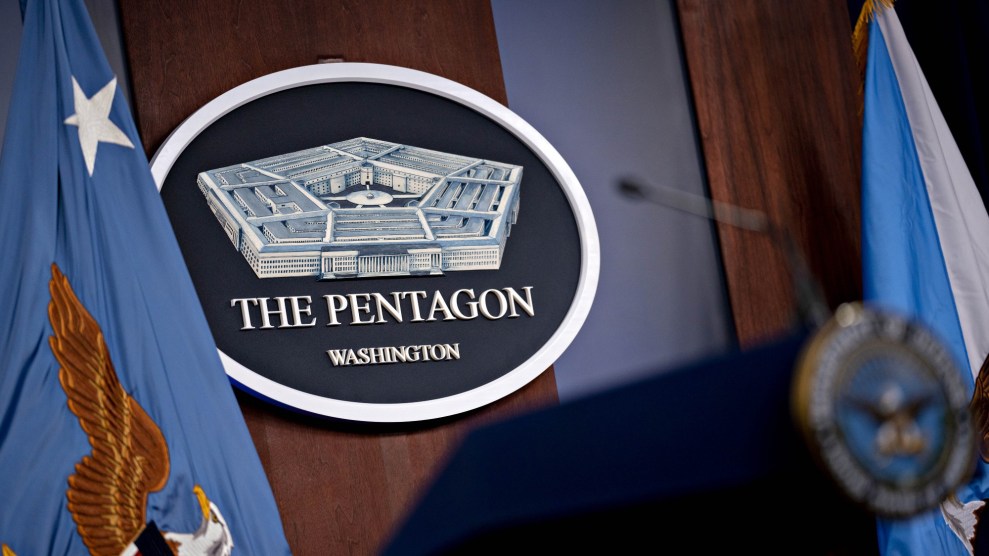 After the United States military stopped fighting wars in Japan, Korea, and Vietnam, Congress went on to appropriate less funding for defense in subsequent years. But now that the US has pulled out of Afghanistan, ending the longest war in American history, it seems unlikely that the pattern will repeat itself.

With the House set to vote on a defense policy bill this week, Congress is preparing to increase the Pentagon budget in fiscal year 2021-22 to around $740 billion, a figure that surpasses President Joe Biden’s request by roughly $25 billion. That would be nearly $37 billion more than Congress approved in Donald Trump’s last year in office.

When Biden issued his budget proposal in April, he requested $715 billion for the Pentagon, a slight increase over last year’s $704 billion budget. This increase—at a time when Biden’s party controls both the House and Senate—is a reminder of how bipartisan support for more military spending is one of the only things you can predict in Washington.

"One would think that ending America's longest war would reap more savings," Erica Fein, senior Washington director at the progressive advocacy group Win Without War, told me. "It remains especially egregious that in the middle of a pandemic, official Washington finds spending three-quarters-of-a-trillion-dollars on the Pentagon acceptable."

The House panel that marks up the annual defense policy bill, known as the National Defense Authorization Act (NDAA), adopted the higher price tag in a near-unanimous vote. Only two Democrats, Reps. Sara Jacobs (Calif.) and Ro Khanna (Calif.), voted against the measure.

Originally, House Armed Services Committee Chair Adam Smith (D-Wash.) had introduced an overall spending figure more in line with Biden's request, but Republicans rejected it. The Democrats could have forced through the smaller number, but enough moderate Democrats joined Republicans in pushing for the $25 billion increase that the committee's legislation quickly mirrored the Senate Armed Services panel's spending figure, which passed in a similarly lopsided vote. Only Sen. Elizabeth Warren (D-Mass.) opposed it.

Once Congress debates and eventually passes a defense policy bill this month, the House and Senate will hash out a compromise bill that seems primed to include that $25 billion increase. Progressive Democrats, who were not exactly thrilled with Biden's more-modest funding increase, are outraged about the much higher figure—and have taken their fight to the House floor, where lawmakers are debating a slate of amendments this week, including proposals to cut the overall spending figure.

"At a time when the United States is withdrawing from wars abroad, we should be committed to cutting our defense spending now more than ever."

"At a time when the United States is withdrawing from wars abroad, we should be committed to cutting our defense spending now more than ever," Rep. Mark Pocan (D-Wis.), a frequent critic of rising levels of Pentagon funding, said in a statement. "The FY22 NDAA should absolutely be lower than current spending levels, and in no way should it be even a penny more than what the Commander-in-Chief requested or what the House Appropriations committee approved."

On August 30, Pocan and Rep. Barbara Lee (D-Calif.), another progressive critic of the military-industrial complex, co-wrote a letter with two dozen other Democrats calling on Smith to cut "the bloated defense budget that has enabled 40 years of blank check wars around the globe." Pocan, Lee, and other progressives have signed on to amendments that, if adopted by the House during this week's floor debate, would cut the Pentagon's budget to either Biden's preferred level or even lower.

In the Senate, Democrats opposed to the traditional, bipartisan approach to defense spending have seized on the Afghanistan withdrawal as a chance to move defense dollars toward a more humanitarian purpose. Led by Sen. Ed Markey (D-Mass.), four Democrats, including Warren, a frequent critic of the Pentagon, urged Biden to reallocate $3.3 billion in funds authorized for the Afghan military "to support evacuations, provide resources for new and future Afghan arrivals, and to provide for other humanitarian needs."

Not even the end of a two-decade war has pushed moderates to support the kinds of spending cuts progressives have advocated for years. Rep. Elaine Luria (D-Va.), a former Navy officer and now vice chair of the House Armed Services Committee, broke with Smith to argue in July that the budget needed to increase by $25 billion "to keep up with and continue to outpace" China.

That argument is bound to meet a receptive audience on Capitol Hill, where the Senate just approved two bipartisan bills aimed at reining in Chinese influence and shoring up US supply chains that rely on Chinese goods. The Trump-era pivot to China as a "near-peer" adversary worthy of constant focus and competition has remained under Biden, however much progressives and their allies try to reject it.

"Hyperbolic headlines of an imminent military threat posed by China bombard Americans on nearly a daily basis," Dan Grazier, a fellow at the Project on Government Oversight, a nonpartisan watchdog that advocates for less defense spending, wrote this month in Defense News. "The truth is that China, a country more than 6,000 miles away from the West Coast, lacks the capacity to storm our shores."