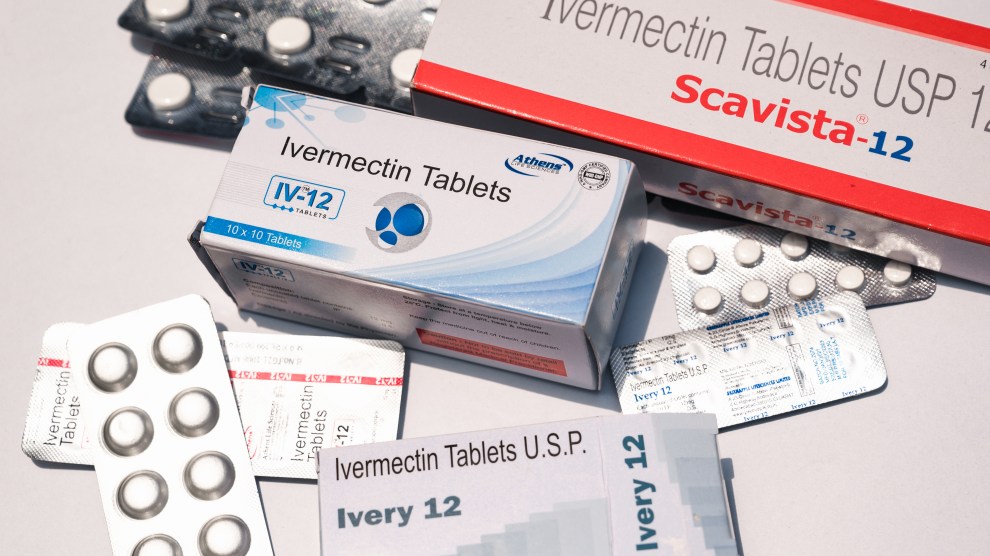 In the last few weeks, the pandemic has taken yet another strange new twist: Americans are attempting to treat themselves with a livestock dewormer called ivermectin. So many have sought this DIY cure, that the FDA issued a warning last month, tweeting, “You are not a horse. You are not a cow. Seriously, y’all. Stop it.”

Progressive Twitter is having a field day with the feed-store bit. The tone is gleeful and smug: Look at those ignorant yokels lining up at their quaint livestock supply stores! Horse dewormer! Can you believe it? How primitive and unscientific! There are horse memes. There are sheep memes. There are diarrhea memes.

I find all of this, well, kind of icky. The classist and contemptuous vibe of these memes is gross enough, but what is even more so is the complete lack of curiosity on the part of most of these onlookers about a much more fundamental question: What would make someone desperate enough to try to prevent COVID with horse dewormer in the first place?

What would make someone desperate enough to try to prevent COVID with horse dewormer in the first place?

There are probably countless individual answers to this question, but let’s consider some of the systemic ones, starting with the fact that rural Americans have been hard hit by the pandemic and bombarded with anti-vaccine messaging. This dynamic makes them prime targets for the small but robust industry of people who are profiting from convincing others that ivermectin can treat and prevent COVID-19. As I reported last week, America’s Frontline Doctors is one of those groups. This organization, a conservative group of physicians that includes members with ties to the January 6 Capitol riot, charges patients $90 to be connected with a doctor who will prescribe discredited COVID treatments, including ivermectin and hydroxychloroquine. But they are hardly alone. Google “ivermectin” and you’ll find many more companies and doctors peddling the stuff.

It was not always this way. While most Americans only learned about ivermectin from feed-store memes last week, the drug has been touted as a COVID-19 cure for more than a year. Way back in May 2020, a lifetime ago in pandemic time, in a report for the Barcelona Institute for Global Health, a Spanish researcher named Carlos Chaccour described how ivermectin caught researchers’ attention in the first place. Ivermectin has traditionally been used against parasites rather than viruses, but it can be somewhat effective against certain viruses, including Dengue and Yellow Fever. In April 2020, researchers in Australia reported in a landmark paper that ivermectin slowed the replication of the SARS-CoV-2 virus in a laboratory. So far, so good. Then Chaccour explained that the experiment “used concentrations that are not readily achieved in the human body,” but the results were interesting enough that researchers concluded that the drug warranted further study. In the months that followed, researchers all over the world launched various trials.

Before the trial results were in, though, a number of countries, including Peru, Bolivia, and Brazil, and Zimbabwe, began to include ivermectin in their national treatment guidelines. Chaccour explained that many of those decisions were based on a single pre-print—which is a paper that had not yet been peer-reviewed or published in a journal—in April 2020. This paper relied on data that was automatically collected from anonymized electronic health records by a corporation called Surgisphere. Data produced in this way—plucked from random unwitting patients—has been shown to be highly irregular and unreliable. (Surgisphere was at the center of a major scandal around hydroxychloroquine studies, as well.) Surgisphere has since deleted its website and social media accounts.

In the months that followed, many of the papers that have claimed to show a treatment benefit from ivermectin against COVID-19 turned out to be plagued with errors and methodological flaws. But by that point, the Pandora’s box was wide open; ivermectin had begun to circulate in the misinformation economy, often by the same groups that sought to discredit vaccines. Children’s Health Defense, the anti-vaccine group founded by Robert F. Kennedy, Jr., has promoted ivermectin, as have other anti-vaccine influencers, including life coach Preston Smiles (225,000 followers on Instagram), former federal prosecutor and QAnon believer Sidney Powell (129,700 followers on Telegram) comedian Joe Rogan (13.1 million followers on Instagram). Conservative media personalities seem to have pivoted from hydroxychloroquine to ivermectin without missing a beat. Fox News hosts Tucker Carlson, Sean Hannity, and Laura Ingraham have praised it, as did the conservative talk radio host Phil Valentine, who died of COVID-19 last week.

Earlier this week, Senator Rand Paul (R-Ky.), who is an ophthalmologist, argued that “hatred for Trump” was hindering ivermectin research. Actually, Sen. Paul is who’s hindering ivermectin research: He voted against the March stimulus bill that included funding for the NIH ACTIV-6 trial, which is studying ivermectin. And the researchers I spoke to last week were worried about exactly the opposite dynamic: At this point, many Americans are just taking ivermectin instead of enrolling in trials for potential COVID treatments, said Carlos Chaccour, the researcher in Barcelona. “It makes it difficult to study,” he said. “Imagine you’ve written your protocol months ago, and now suddenly, you need to ask people, ‘have you drunk any sheep medication lately?'”

“Imagine you’ve written your protocol months ago, and now suddenly, you need to ask people, ‘have you drunk any sheep medication lately?'”

What’s more, Chaccour added, he’s worried that the politicization of ivermectin could have consequences that reach beyond COVID-19. Ivermectin is an essential medication for diseases that plague the developing world. Chaccour’s team is studying the drug as a potential preventative drug for malaria. It can also protect against river blindness, a devastating parasitic disease that can cause those infected to go blind before age 30.  If the backlash from ivermectin as a failed COVID-19 treatment begins to erode confidence in the drug more broadly—both among patients in the developing world and those who fund research grants—it could be disastrous for global public health.

The researchers I spoke to described watching in horror as the proponents of ivermectin for COVID-19 coalesced into a mob that seemed determined to flog the drug, no matter how increasingly paltry the evidence for its efficacy. When Chacour reported the results of his trial, which found that ivermectin wasn’t especially effective against COVID-19, he received hate mail. So did his wife. University of Minnesota physician and infectious disease researcher David Boulware had a similar experience. As I reported:

In May, Boulware’s team put the word out about the study, aiming to recruit 1,100 volunteers. But then something strange happened: He began receiving hostile emails and messages on Twitter from people who fervently believed that ivermectin was a miracle cure for COVID-19 and that administering a placebo to some trial participants was therefore unethical. “Are you a reembodied NAZI Josef Mengele?” wrote one in an email. “WHAT ARE YOU THINKING? Eliminate your plan to abuse people as needless controls. You have a duty of care.”

Think about that: So fervent was this guy’s belief in ivermectin that he thought it was unethical to withhold it in the context of a scientific trial designed to determine its clinical effectiveness. If someone had so successfully convinced you that a cheap and widely available drug could stop the pandemic, you might head to the feed store, too. Instead of lampooning the fools who are trying to treat themselves with a horse dewormer, instead, we should be asking who sold them these lies in the first place.