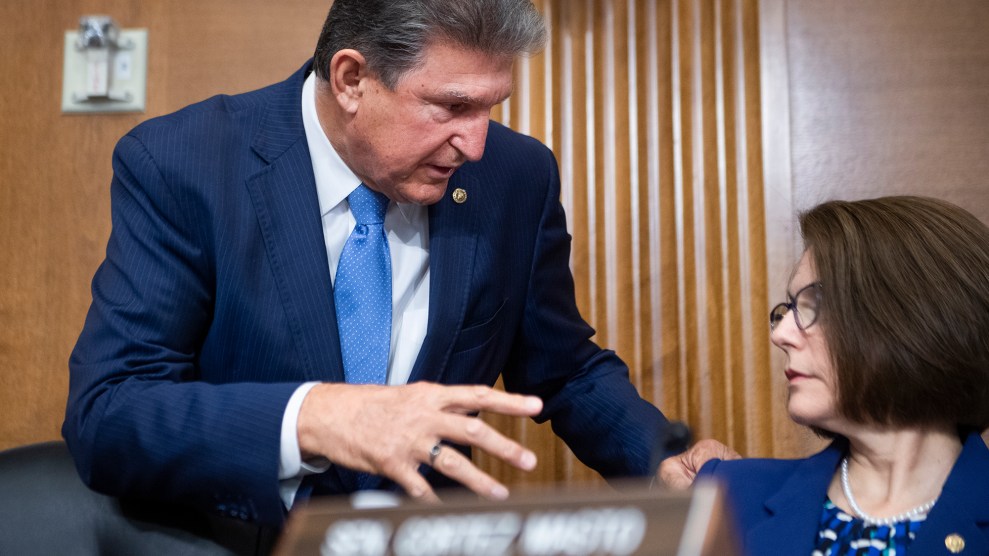 Amid the recent skirmishes over revising the reconciliation bill, known as the Build Back Better Plan, lawmakers once again skipped a chance to reform the General Mining Law of 1872.

Under this outdated law, hardrock miners can extract profitable minerals such as gold and silver from public lands without having to pay any federal royalties. Though it has been challenged several times over the past few decades, mainly by Democrats, the law has not been significantly updated in the nearly 150 years since its passage.

In August, a House committee, chaired by Raúl Grijalva, D-Ariz., tried to modernize the legislation by adding language to the reconciliation bill to establish federal royalties of between 4 percent to 8 percent on these mines. This would have been the most consequential update that the mining law has received in the nearly 15 decades since President Ulysses S. Grant signed it into existence.

However, hardrock royalty reform never even reached a vote thanks to Democratic Sens. Catherine Cortez Masto (D-Nev.) and Joe Manchin (D-W.V.) who made his personal fortune in coal mining. Manchin initially signaled support for the royalty provisions in October when he spoke in front of the Senate Committee on Energy and Natural Resources, stating that he could “never imagine that we don’t receive royalties on so many things we produce in this country.” But he later reversed course and reportedly promised Cortez Masto that he’d block any mining royalties, effectively killing reform before it even reached the full Senate. On November 4, royalty reform was officially out of both the House and Senate bills.

These senators’ actions all but guarantee that the US public will continue to miss out on billions of dollars in revenue that could have supported the Build Back Better Plan’s priorities, including paid family leave and important climate investments. The bill also would have held companies accountable for cleaning up the abandoned mines that pockmark the West. Instead, mining companies will continue to exploit public land for their own financial gain.

The General Mining Law of 1872 law was passed in the wake of the mid-19th century California gold rush as part of a push to encourage white settlement of the West. Previously, prospectors sometimes staked claims to land without the permission of the federal government, let alone that of the Indigenous people who were being dispossessed of the land in question.

In order to regulate the blossoming industry, Congress passed a few early mining laws beginning in 1866. The General Mining Law of 1872 took their place. It established the location system, which permitted individual miners and corporations to stake claims to mineral discoveries on the public domain, on land that had never been in private ownership.

A long list of royalty-free minerals besides gold and silver fall under this “location-system” regulation, including lithium and copper, which are becoming more valuable due to their use in green energy technologies like solar panels and electric vehicles. The industry has extracted some $300 billion worth of these minerals from public lands since 1872, according to Earthworks. And though mining companies have evolved tremendously since the days of digging with pickaxes and now use some of the largest machinery on earth, the return they make to the American public remains as paltry as ever.

This is why a broad base of critics from conservation organizations to lawmakers think it is high time to reform the 1872 law. Currently, the government earns hardrock mining fees for things like registration and annual maintenance, which generated about $71 million in revenue in fiscal year 2019, but it’s a small amount compared to the money that would be derived from royalties.

For example, in September, the House Natural Resources Committee proposed a new royalty that would have raised $2 billion over 10 years. And that’s likely a conservative estimate: The federal government has no data on the amount or value of the hardrock minerals extracted from public lands, which account for more than 80 percent of the mineral mines on federal lands, according to the Government Accountability Office.

In contrast, mines operating under the more heavily regulated leasing system, for resources like coal and oil shale, account for just 17 percent of mining on federal lands, but generate much more revenue through royalties. In fiscal year 2018 alone, they brought in $550 million. Coal is by far the primary revenue generator under leasing-system mining.

The proposed reforms also would have added a reclamation fee for abandoned mines and increased the yearly maintenance fee for claims from $165 to $200 per claim, adding another combined $1 billion in revenue over the next decade.

This money could, among other things, provide funding to address a myriad of environmental and health threats across the Western US caused by past mining. Before the 1970s, for example, companies abandoned mines once work was complete—leaving behind tens of thousands of often-toxic scars on the land that could cost over $50 billion to address.

Attempts to reform the General Mining Law have been going on for years, but a well-funded network of lobbyists and special interest groups has continued to thwart any success. Mining interests regularly spend north of $16 million annually on lobbying; this year, they’ve already spent over $13 million.

The National Mining Association spent the most in 2021, coming in at $1.5 million, according to data from OpenSecrets, a nonprofit campaign finance and lobbying watchdog organization. Several companies that would be directly impacted by mining law reform have lobbied against it, including Newmont Corp., a gold-mining company that has invested over $800,000 to fight efforts to change the law.

Mining interests have spent millions of dollars lobbying Congress against imposing royalties that would cost it billions.

This helps explain why one ongoing effort to reform the law—the Hardrock Mining and Reclamation Act—has stalled in recent years. Democrats have introduced the legislation in Congress at least six times since 2007. The bill’s most recent iteration, in 2019, failed amid a major industry-led lobbying blitz. Among those fighting it were mining giant BHP Group and the National Mining Association, which targeted the bill in a $1.2 million lobbying campaign.

And mining industry lobbyists have power beyond their financial influence: They are also intricately linked to the government. According to OpenSecrets, nearly 65 percent of the industry’s lobbyists previously worked in the government, many in positions related to mining.

The lobbying campaigns help illuminate why Manchin, who said in October that it was time to bring the “outdated law into the 21st century” was willing to suddenly reverse course. According to OpenSecrets, he received more campaign donations from the mining industry than anyone else in Congress, raising nearly $50,000 from the industry in the current fundraising cycle. Cortez Masto’s campaign also benefited: Both the National Mining Association trade group and Barrick Gold Corp., one of Nevada’s largest mining companies, have recently donated to her campaign.

Nevada’s economy depends on gold mining; nearly $8.2 billion worth of the metal was extracted in the state in 2020. Cortez Masto’s predecessor, former Nevada Democrat Harry Reid, was against any challenges to the 1872 Mining Law, calling them “ill-conceived reform efforts that would have hurt rural Nevada” in a 2009 op-ed. It seems that Cortez Masto is picking up right where Reid left off, protecting the industry in an attempt to keep rural voters.

Neither Manchin nor Cortez Masto responded to requests for comment.

This story was produced in collaboration with the Project on Government Oversight, a nonpartisan independent watchdog that investigates and exposes waste, corruption and abuse of power.