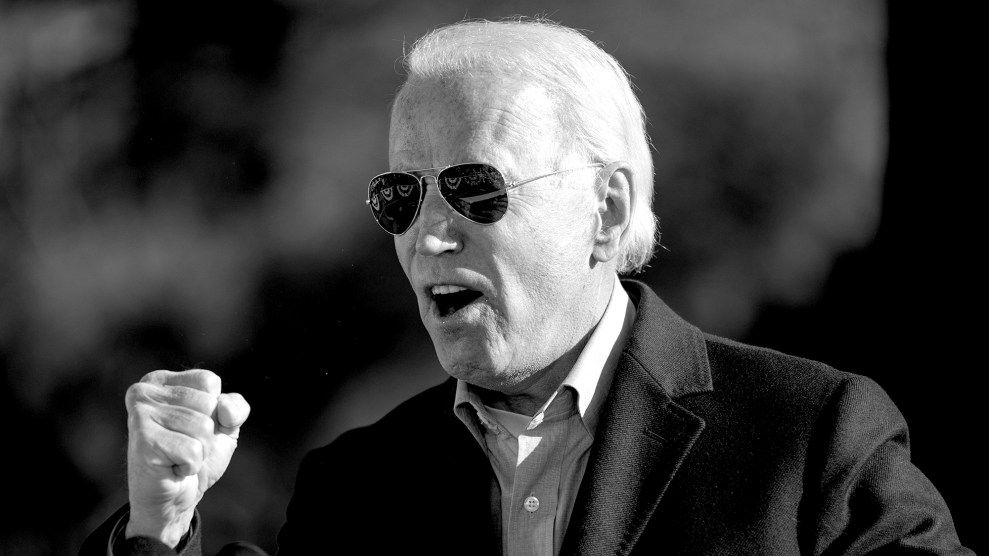 House progressives backed down on Friday, giving President Joe Biden a chance to claim a win—even as his party’s hopes of enacting a broader agenda wobbled.

The hostage is released.

In remarks Saturday morning, Biden said that the infrastructure bill will create millions of jobs. “Yesterday we took a monumental step forward as a nation,” he said. “And we’re just getting started.”

Progressives permitted passage of a $1.2 trillion infrastructure bill without assurance that the bigger prize they have spent months holding out for—a far-reaching package of climate, family and health provisions—will also become law.

The Senate passed the infrastructure bill, negotiated by moderate-leaning senators in both parties, in August. In the months since, progressives in the House said they would only provide the votes to pass that measure as part of a deal in which Congress also approved ambitious legislation, dubbed the “Build Back Better” act. That plan includes items like universal pre-school, four weeks of paid and family medical leave, and more than $550 billion to fight climate change, paid for with a minimum tax on all corporations and increased taxes on wealthy Americans. (Allowing the federal government to negotiate directly with pharmaceutical companies to cut drug prices is still in the mix as a possible provision in the bill.) In September, progressives blocked a vote House Speaker Nancy Pelosi (D-Calif.) attempted to hold on to the bipartisan infrastructure bill alone.

Critics accused progressives of holding the infrastructure bill hostage to their broader agenda. Now the hostage is released. The House’s 228-206 vote, just before 11:30pm on Friday, delinks the two bills, allowing the infrastructure bill to become law, and removing whatever leverage progressives gained by preventing its passage. It passed after an intense day of legislative wrangling, heavy pressure from House Speaker Nancy Pelosi (D-Calif.), and personal lobbying by Biden.

Rep. Pramila Jayapal (D-Wash.), leader of the Congressional Progressive Caucus, told reporters that the president even called her mother, in India, after successfully pushing for Jayapal and members of her caucus to support the infrastructure bill. Jayapal said her mother told her that she “just kept screaming like a little girl.” (Jayapal didn’t offer many details, but her mother seems to have been excited to hear from the president.)

Democratic leaders had hoped on Friday to vote on and pass both bills. But a group of moderate Democrats announced they would oppose the Build Back Better measure because the Congressional Budget Office had not yet assessed if the bill fulfills Democrats’ promise to offset all new spending with increased revenue.

Pelosi left a procedural vote open all day, allowing it to become the longest recorded House vote in modern history while negotiating to resolve the impasse. Eventually, five of the moderates pledged, in a notably qualified letter, that they would “commit to voting for the Build Back Better Act, in its current form other than technical changes, as expeditiously as we receive fiscal information from the Congressional Budget Office—but in no event later than the week of November 15.”

It was the longest recorded House vote in modern history.

Pelosi also held a procedural vote to start consideration of the broader act, another gesture aimed at assuring progressives that the bill will get a vote. Biden, Pelosi, and Democrats involved in talks said they agreed to trust each other.

This worked. Only six progressive members of the so-called Squad voted against the infrastructure bill. “This is bullshit,” Rep. Alexandria Ocasio-Cortez (D-N.Y.) said before opposing the bill. But Jayapal and other progressives backed the measure. Pelosi offset Democratic defections with support from 13 Republicans.

The vote was an embarrassment for House Minority Leader Kevin McCarthy (R-Calif.), who tried to unify his members against the bill, and predicted it would fail. And it enraged some of the House’s most vocal conservatives.

“The one message that came across was ‘get something done'” Biden said Saturday when asked about the election results.

But the bill’s passage leaves most of Biden’s agenda unfulfilled. The bill includes $550 billion in new funds over 10 years for highways and bridges, expansion of broadband for internet access, and modernizing the power grid. But nearly half the bill’s cost is for renewing existing transportation spending, and it is far smaller than the $2.6 trillion plan that Biden initially proposed, leaving out $363 billion in proposed tax credits for renewable energy, among other things.

Progressives have no assurance that the Build Back Better Act will pass Congress. Nor do they have power to change that. Even if House moderates honor their pledges, that only means the measure will pass in the House. In the Senate, Democrats will try to pass the bill under budget rules that allow passage with a bare majority, preventing Republicans from blocking it by filibustering. That means Democrats need every one of their senators to vote for it, a circumstance that empowers members whose votes are not assured, prominently Sens. Joe Manchin (D-W.V.) and Kyrsten Sinema (D-Ariz.), to sink it or dictate its content. If they pass the measure at all, senators are expected to alter whatever the House approves, sending it back to the lower chamber for another vote.

In prepared remarks Saturday, Biden said flatly that Build Back Better will pass in the House and the Senate. But in a question and answer session, he was more measured. “We’re gonna see what happens in the Senate,” he said. “And whether or not I need only Democratic votes, which is likely, and whether I can get all of them.”