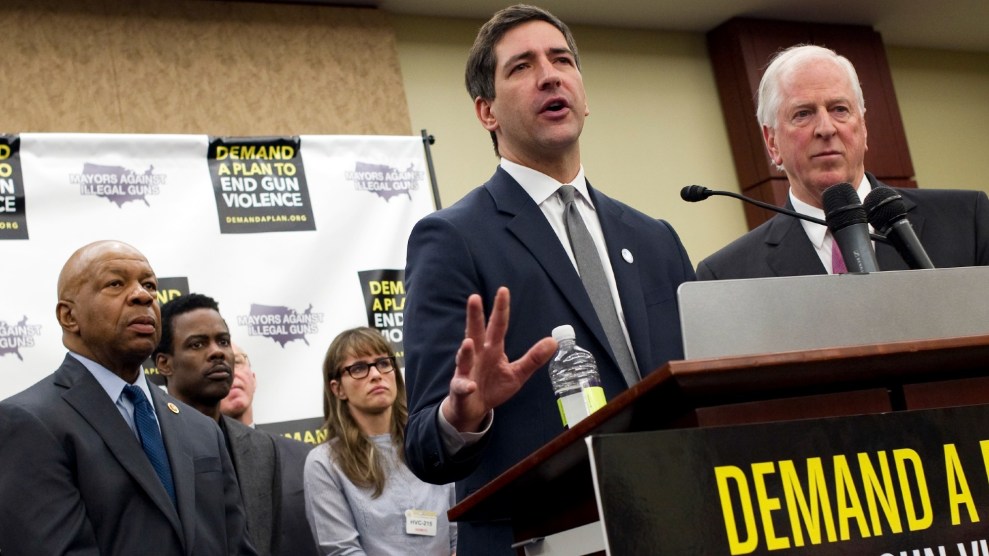 Mark Glaze, a prominent gun control advocate, died last week, leaving a country wracked by gun violence without one of its most effective advocates for fighting it.

Glaze was born in 1970 in Pueblo, Colorado. He attended Colorado College and then George Washington University Law School, and later worked at the D.C.-based political affairs firm the Raben Group. Glaze, who was gay, joined the Human Rights Campaign in 2010, helping the group push Congress to repeal “Don’t Ask, Don’t Tell.” He moved into the gun safety movement after the 2012 Newtown, Conn., massacre. He left a son, Archer, aunts, uncles, cousins, and dog named Tallulah, according to his family.

I met Glaze in 2013, in the US Senate, when he was executive director of Everytown for Gun Safety. He was advocating, unsuccessfully, for the Senate to pass background check legislation, an effort I reported on.

I remember him as a good-looking, youngish, approachable guy who wore nice suits. I didn’t know him well. I spoke to him maybe a handful of times. But he seemed like a confident and poised advocate for an influential group, the kind of successful, shit-together person you meet in Washington.

Like many people, though, Mark struggled privately. On October 31, he committed suicide at 51 while being held on DUI and other charges at Lackawanna County Prison in Scranton, Pennsylvania, family members wrote in a Facebook post Saturday. According to the Washington Blade, Glaze was involved in a car accident on I-81 in Dunmore, Pa., on Sept. 9, and fled the scene.

The Facebook statement on Mark’s death also said this: “As we celebrate the life of our beloved Mark, we would be remiss not to mention his harrowing struggle with alcohol, depression, and anxiety. In the last years of his life, Mark actively sought help. He completed several treatment programs, with the hope of finding peace and breaking free of the addictive cycle that caused him to feel so desperately alone and in pain.”

“All who have been bereaved by suicide face a time of unimaginable grief, misplaced guilt, and unanswerable questions,” the statement continued. “We pray that by being open about Mark’s cause of death, something positive may emerge from our devastating loss.”

There is no indication that Mark used a gun to kill himself. Still, he was a victim of a scourge he worked to oppose. Nearly two-thirds of all gun deaths in the US are suicides, according to Mark’s former organization. To fight gun violence is to fight suicide. Research shows that people who have access to guns are far more likely to kill themselves than people who don’t.

Glaze and others in his field advocated for the enactment, in 19 states and DC, of so-called Red Flag laws, which allow local police to confiscate guns from people who have threatened to harm themselves or others. These orders aim to stop not just murder, but suicide. Evidence suggests they are most effective at preventing people from shooting themselves.

In a tribute posted Friday, Michael Fleming and Igor Volsky of Guns Down America, who worked with Mark, said that his “accomplishments saved countless lives.”

I think that is true. Tragically, he could not save his own.

Mark’s family said that “if you are thinking about suicide, are worried about a friend or loved one, or would like emotional support, the National Suicide Prevention Lifeline network is available 24/7 across the United States at 1-800-273-TALK.”